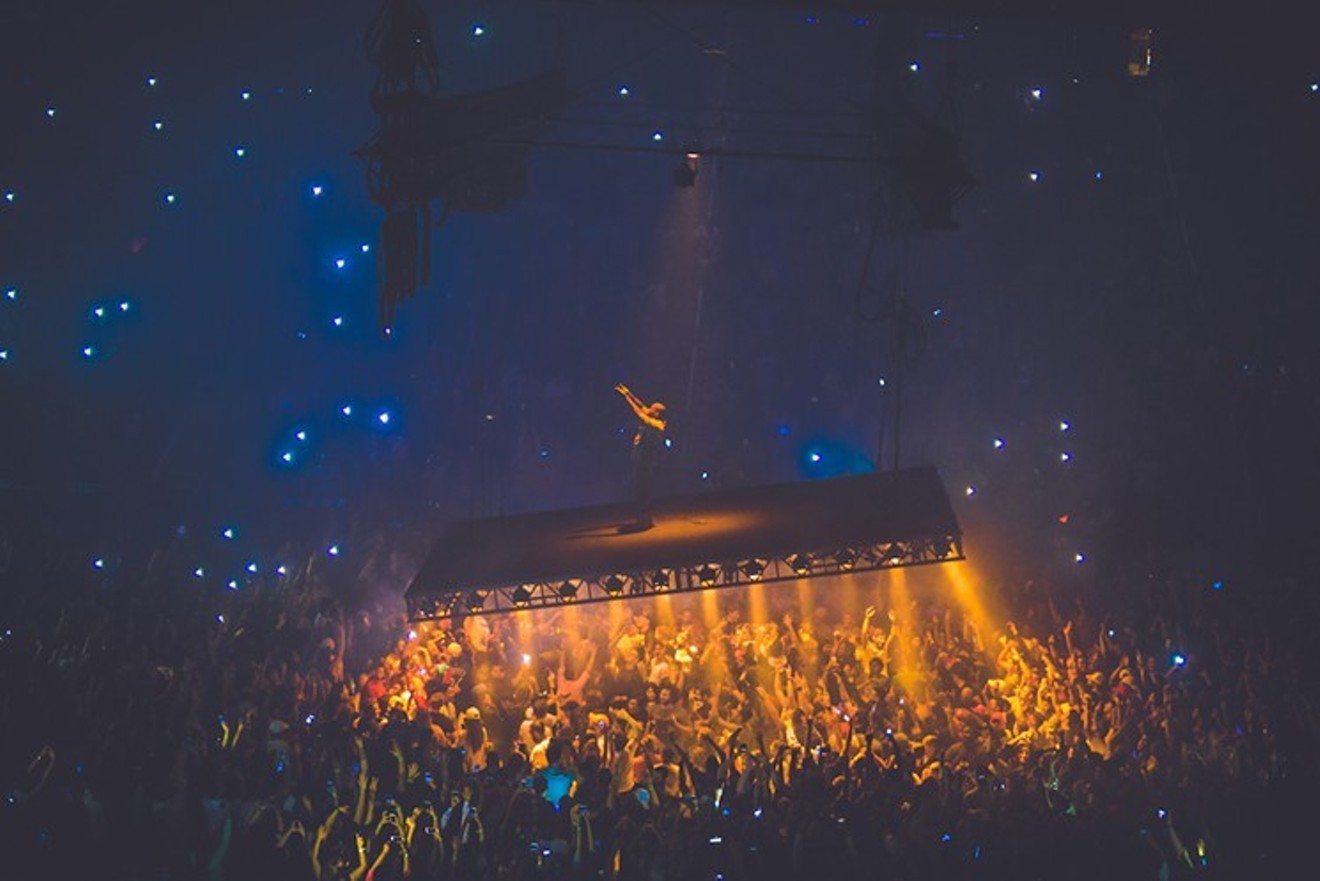 Kanye has always known how to be the center of attention. Photo by Marco Torres.
On Wednesday afternoon, it felt like the world stopped for a few hours. Hot sports takes were put on the backburner, crime junkies temporarily forgot about the arrest of the Golden State Killer and the hype over Infinity War briefly went silent. For that window, it felt like everyone, everywhere at once was talking about one thing, and it wasn’t some natural disaster or human tragedy or televised epic. Instead, online discourse became almost completely consumed with one fact: Kanye West loves Donald Trump.

It was a weird situation for a lot of reasons, but primarily because this wasn’t new information. Kanye has met with Trump before. He’s said he would have voted for him if he did vote. They are not all that dissimilar when it comes to personality. They even both seem to think that the problem with violence in Chicago is Obama’s fault.

That everyone seemed to forget this is weird. Or, maybe they were just hoping his previous pro-Trump behavior could be blamed on something other than Kanye exercising his freedom of association. Blame it on drugs, blame it on mental health issues, blame it on Kanye being a professional troll, whatever the reason, it seems people had really dug their heels in on the idea that the Kanye/Trump situation was just a glitch that couldn’t possibly be real.

It’s a bizarrely complex situation, which is fitting considering that Kanye West is the most divisive figure in music. Jackass or genius, asshole or radical, deep thinker or fool, everyone seems to have an opinion on him, and that’s before the debate over his music talent even begins. But even after marrying another, often unnecessarily, loathed figure of pop culture, even after becoming buddies with Trump, even after the befuddling multitude of releases of The Life of Pablo, and even after canceling his last tour, Kanye West remains not only hugely popular but highly influential.

For a while, it felt like all of us had shifted into another dimension. Conservatives who hate rap music and thought Kanye was a traitor for the whole “Bush doesn’t care about black people” thing were suddenly quoting his songs. Fans and admirers were trying to make sense of where it all went wrong for him. Kris Jenner wanted everyone to know Kanye lives in a $60 million house and not a $20 million one because that was really important for some reason. Everyone had a Get Out meme.

And even after all of this, and this is a particularly shameful confession because I’m not a fan of our President, I know deep down that I can’t wait to hear the next Kanye West record, which if we want to be particularly honest is really what this is all about. Kanye has a lot of records he’s worked on set to be released over the next few weeks, and there’s no better way to get people to pay attention to what you’re doing than becoming the No. 1 trending topic on Twitter.

But yes, I will listen to whatever Kanye releases next because he’s my favorite rapper. I’m a Kanye West guy. And I will say what I always say when Kanye cuts and causes a stir: you don’t have to like what he says, but you can’t be surprised that he said it. There is literally no line I can think of that Kanye wouldn’t cross if that moment he believed whatever he was saying to be the truth. If you cheered when he spoke truth to power during a telethon, stood up for Beyonce at the VMAs, or went on a ten-minute rant during “Runaway” at a live show, you’re part of the reason why Kanye can do what he does. We built the platform by paying attention and continuing to pay attention even when he said things that were gross (his Bill Cosby tweet comes to mind).

When Kanye West starts releasing whack albums, I’ll stop listening to them. When Kanye goes full alt-right, I’ll stop paying attention to him. But for now, like so many other times in his career, I’m willing to watch things play out. Because unlike so many other things in popular culture, I have no idea how this story ends, and for better or worse the story of Kanye West is the most interesting one.