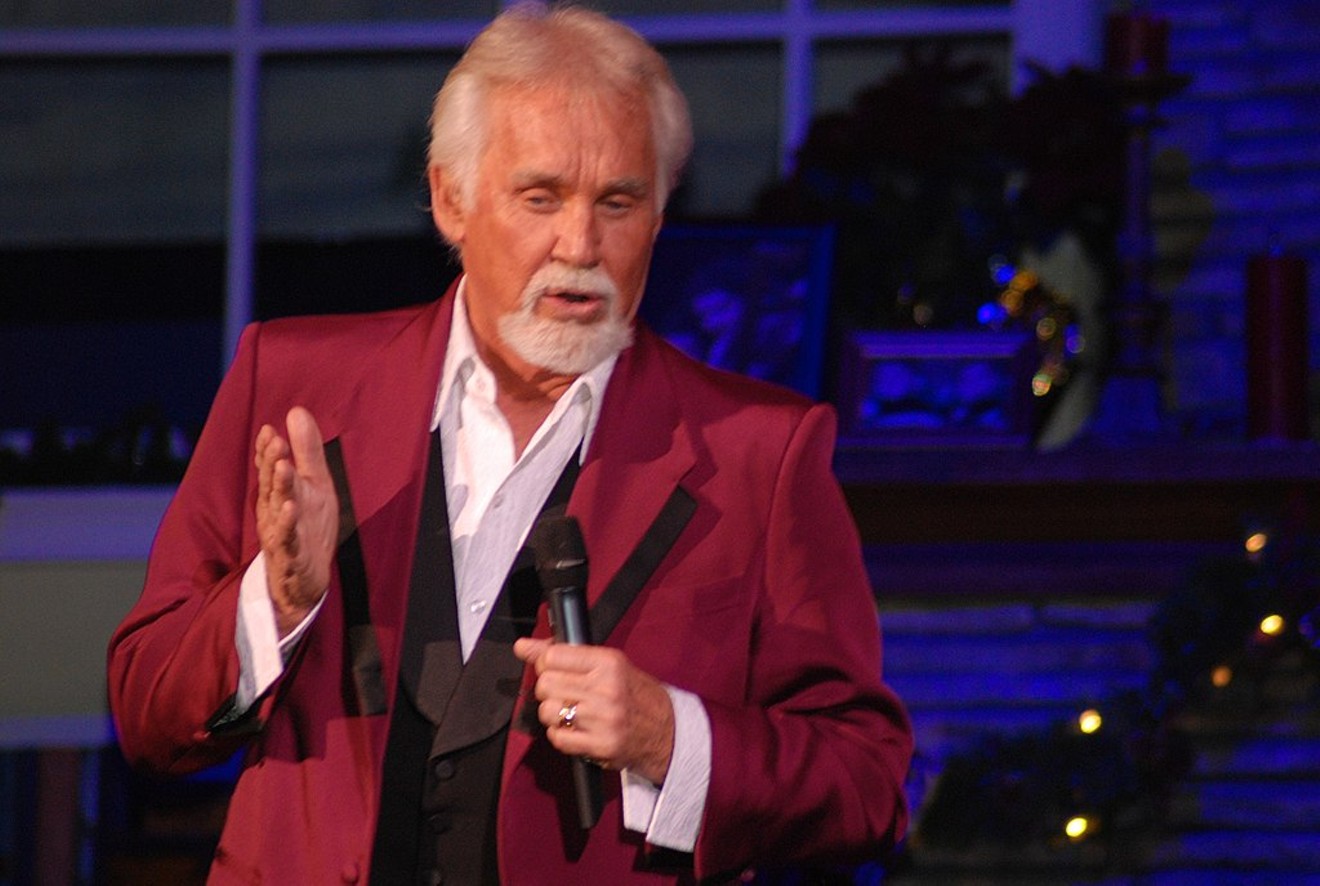 Kenny Rogers performing in 2007. Photo by Sheila Herman/WikiCommons
And somewhere in the darkness, the Gambler he broke even.

This won’t be the first – or hundredth – obituary for singer Kenny Rogers which quotes that line from his signature tune, “The Gambler.” The Don Schlitz-penned story song about two Old West characters on a train with one imparting wisdom (while bumming cigarettes and whisky) to the other had been recorded by other artists before. But Rogers’ gruff voiced sing/talk rendition, the title track to his 1978 album, was the perfect interpretation with its oft-quoted chorus of “You got to know when to hold ‘em/Know when to fold ‘em.”

“The Rogers family is sad to announce that Kenny Rogers passed away last night at 10:25 p.m. at the age of 81,” said his publicist, Keith Hagan of SKH Music, in an official statement released early this morning. “Rogers passed away peacefully at home from natural causes under the care of hospice and surrounded by his family.”


Kenny Rogers' ties to Houston ran deep, right when he entered the world on August 21, 1938 at St. Joseph's Infirmary. He was raised the fourth of eight children in a Fourth Ward public housing complex, San Felipe Courts (now the Historic Oaks of Allen Parkway Village) in an era where a fence separated black and white housing. The Houston Press’ Chris Gray wrote a more detailed piece on Kenny Rogers’ Houston in 2017.

Rogers attended Wharton Elementary School, George Washington Junior High School, Jeff Davis High School (where he was in a doo wop group, the Scholars), and the University of Houston. He won a talent show in 1949 at the Texan Theatre, was a busboy at the Rice Hotel, swept floors at the Wormser Hat Store (for $9 a week). With an interest in singing and music, he bought his first guitar at H&H Music and had early gigs at places like the Saxony Club and Showbiz, some with the jazz trio the Bobby Doyle Three.

He recalls in his 2012 autobiography Luck or Something Like It: A Memoir the time his alcoholic father got drunk at the ritzy Houston Petroleum Club during an important show for the young singer, and even met his third (of a total of five) wives at Houston's "Bunny Club." 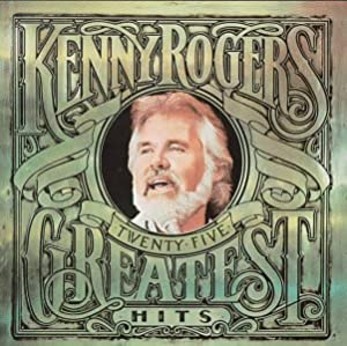 If you only get one Kenny Rogers album, it's this compilation.
Liberty Records album cover
Moving to Los Angeles in the mid-1960s to chase music dreams, he played with a number of groups. He hit the Top 5 with the First Edition and their trippy, drug-infused tune “Just Dropped In (To See What Condition My Condition Was In).”

The band also did a stark version of “Ruby, Don’t Take Your Love to Town,” a Mel Tillis-penned classic about the anguish of a paralyzed war vet trying to keep hold of his wife (Rogers would later record a more successful version as a solo artist).

But it wasn’t until the late 1970’s that Rogers found his niche and popular success with romantic ballads and story songs that straddled both the country and pop charts like “Lady” (written by Lionel Richie), “She Believes in Me,” “Lucille,” “Through the Years,” “You Decorated My Life,” “Reuben James,” and “Coward of the County.” Audiences responded to the warm, fuzzy-edge to Rogers’ voice as well as its seeming sincerity.

He also scored with duets including “Don’t Fall In Love with a Dreamer” (Kim Carnes), “We’ve Got Tonight” (Sheena Easton), “’Til I Can Make It On My Own” (Dottie West). Then came the No. 1 hit “Islands in the Stream” sung with Dolly Parton and written by the Bees Gees.

According to Rolling Stone, Rogers’ career totals included 30 No. 1 singles across the U.S. pop, country, and adult contemporary charts from 1977 to 1999, three Grammys, six CMA awards, eight ACM awards, and membership in the Country Music Hall of Fame. He was a visible participant in the 1985 “We Are the World” recording session and video.


And while his career began to cool in the ‘90s, he remained a popular concert draw and continued to record prolifically. As a sometimes actor, he most visibly had roles in the family flick Six Pack and five “Gambler” TV movies. He even turned restaurateur at-least-in-name with a nationwide chain of Kenny Rogers Roasters stores that became the plot of a memorable episode of “Seinfeld.” He also found a passion for photography.

Health problems plagued Rogers in recent years, and audiences on his farewell tour “The Gambler’s Last Deal” often saw him performing while seated or trying to catch his breath. It came to Houston in 2016 at the Stafford Centre, and a year later to the Redneck Country Club. A final concert in Nashville in 2017 drew an all-star supporting cast and was filmed for a special.

On a personal note, when my Yankee Italian family moved to Houston in 1977, my father had two artists in constant rotation on the home stereo or cassette deck of the family van: Willie Nelson and Kenny Rogers. And with his salt and pepper/gray hair and beard, friends often commented on his resemblance to Rogers. As his funeral, we played “Through the Years,” his special song for my mother.

“The family is planning a small private service at this time out of concern for the national COVID-19 emergency,” Hagan adds. “They look forward to celebrating Kenny’s life publicly with his friends and fans at a later date. "Coincidentally, the A&E network will premiere “Kenny Rogers: A Biography” on April 13.
KEEP THE HOUSTON PRESS FREE... Since we started the Houston Press, it has been defined as the free, independent voice of Houston, and we'd like to keep it that way. With local media under siege, it's more important than ever for us to rally support behind funding our local journalism. You can help by participating in our "I Support" program, allowing us to keep offering readers access to our incisive coverage of local news, food and culture with no paywalls.
Make a one-time donation today for as little as $1.