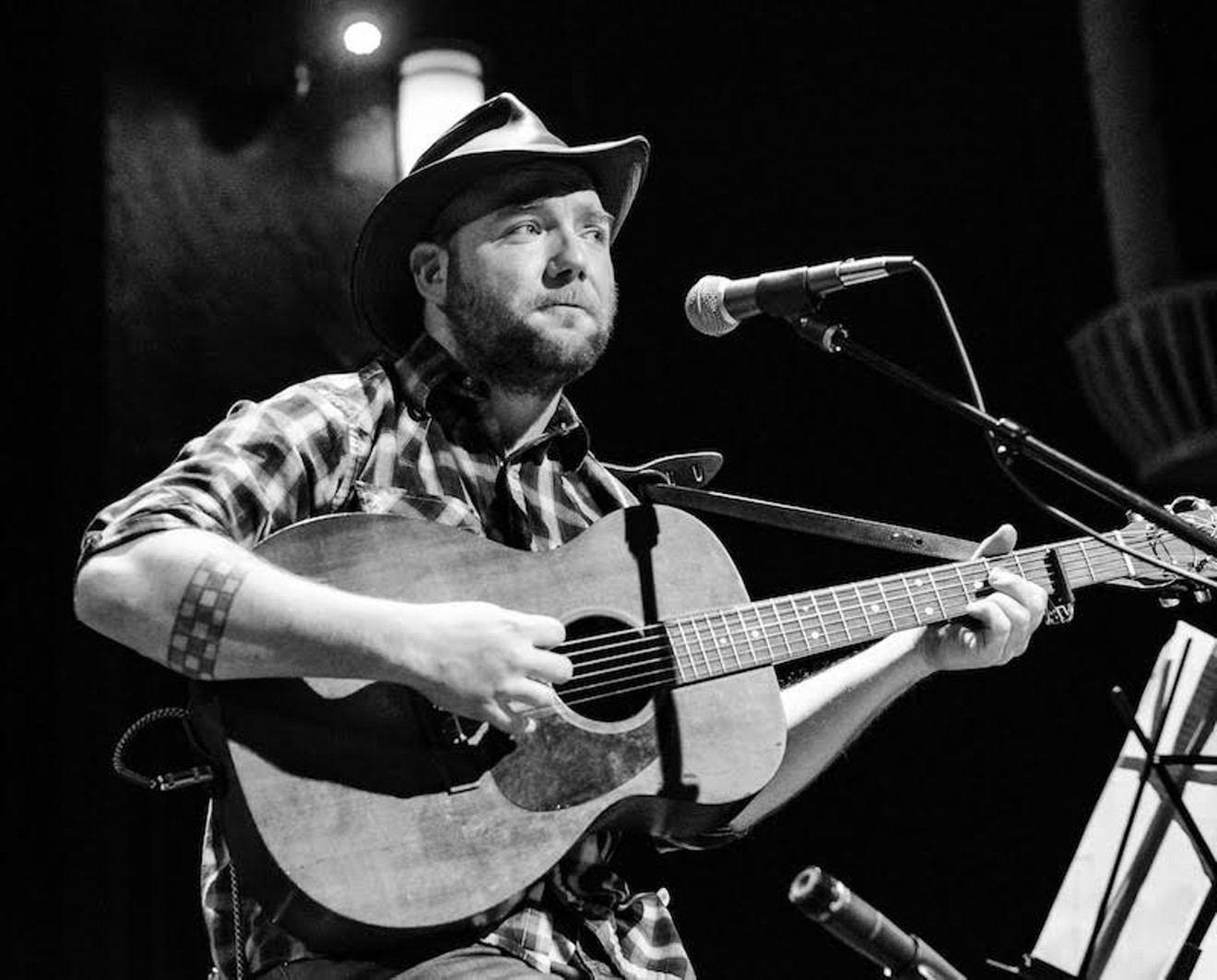 Kory Quinn is releasing The Blueroom, his Houston debut on May 12. Photo By Anne Marie Barrett

The art of telling a great story through song is a gift and a craft. Some songwriters imagine their stories out of thin air, while others pick up the parts through their life experiences weaving fiction with reality. Either way, a good songwriter captivates their listeners not only with the melody, but also the tale.

Kory Quinn has obviously studied the masters in songwriters and taken notes. His new album, The Blueroom, due to be released May 12 through his website, is a nod to the songwriters who paved the way for so many.

Quinn relocated to Houston last fall from Portland, where he had been steadily gaining ground as a musician. “The opportunity just felt right,” says Quinn. “We had been up in Oregon. It's beautiful up there and it's great living, but we were kind of just spinning our wheels in the rain and the mud.”

Quinn describes how Texas, and Houston in particular, provided the fresh start that he and his wife were looking for. “We didn't know what we were getting into until we got down here, then we got here and we were like, this place is probably the best kept secret, if not in Texas, than in the country.”

Quinn was pointed in the direction of the Mucky Duck by friends and fellow musicians, as well as from reading the Houston Press, and quickly got linked up with local guitarist and singer songwriter Ken Gaines at the longstanding open mike Monday nights at the Duck.

“In Houston it just seems that people are really supportive of each other, and I'm not saying that in Portland they're not, I think it's just that Texas hospitality. I also feel like the songwriter thing is part of Houston's history so there's this sense of people honoring the past through the present and by being present at songwriter nights.”

Quinn’s last show before COVID-19 shut down the world was at the historic Anderson Fair in the heart of Montrose. He described how the crowd was silent and hanging off his every word, an experience he only had once before when opening for the king of Americana, Ramblin' Jack Elliot back in Portland.

Quinn with Ramblin' Jack Elliot when they shared the bill in Portland.
Photo By Emma Allen
“You go to pay homage to everybody who has graced the stage or even graced the seats and that came in there to listen to those folks. It’s very symbolic of what I think songwriting, at its core means to the person playing the song to the audience, and to the song itself.”

Quinn had been exploring the busy Houston music scene and decided to release The Blueroom to mark his fresh musical start in a new city.  He had an album release show planned at the Mucky Duck as well as a tour in the Oregon area, both which were cancelled due to the pandemic.

Recording The Blueroom was a going away present to Quinn from his friend and harmonica player back home, David Lipkind.  Lipkind had accumulated through trade a large amount of hours at the Blue Room Studios in Portland with sound engineer, Mike Coykendall.

Coykendall himself has a rich musical history spanning three decades. He may be most known for his work with M. Ward, the band She and Him and Blitzen Trapper.  Quinn completely trusted Coykendall to take the reins on the album and describes it as symbolically fitting for the large life change he was about to experience.

“Here’s an opportunity to record with one of the best, if not the best, engineers and subtle geniuses of the Portland music scene in the last 20 years,” says Quinn. “He has a huge resume, but besides that he's just an honest, down to earth human. He has ‘magical ears’ as David puts it.”

The Blueroom is a beautiful collection of songs with strong roots in traditional and Americana music, but also with an element of originality and a modern touch. Quinn attributes the flare in his guitar playing style to his passion for Django Reinhardt and Piedmont Blues.

Quinn describes how he and his band mates recorded most of the songs in only two takes explaining the natural and laid back vibe which resonates from the album. Quinn has already released two singles from the album, a timely cover of “Oxycontin Blues” written by his friend Joey Carper and “Bound For Glory”, an original song paying homage to the ramblers before him.

Speaking with Quinn, it’s not only clear he has long admired and learned from the Americana classics but has also lived his life full of rambles, providing the detailed nuances in his stories and the truth in his voice.

“Only A Hobo” tells the his first hand account of waiting for a train in Saint Paul, Minnesota and taking refuge from the cold in a 24-hour diner only to be asked to leave. He and the others in the diner, mostly homeless, walked outside.

Quinn decided to take a walk around the surrounding neighborhood when he describes seeing two steel blue eyes staring up from a pile of blankets into nothingness. Just like the hobo in the Dylan song of the same title, this man had died nameless and in the street.  Quinn says he called authorities and returned to the restaurant to write this song immediately.

“You never know,” he says. “You’re always so close to the edge, no matter where you are in life, and just appreciating the moments and trying to help those out in need before they disappear. I feel like that’s where we at these days too.”

Adding, “I really hope that people will be able to see this as an opportunity to give what they can, as much as they can and as often as they can. We will see what human nature has in store for us because in times like these that’s what shows up.”


“I really hope that people will be able to see this as an opportunity to give what they can, as much as they can and as often as they can."