Charli XCX Elevated to Next Level By Fans at White Oak 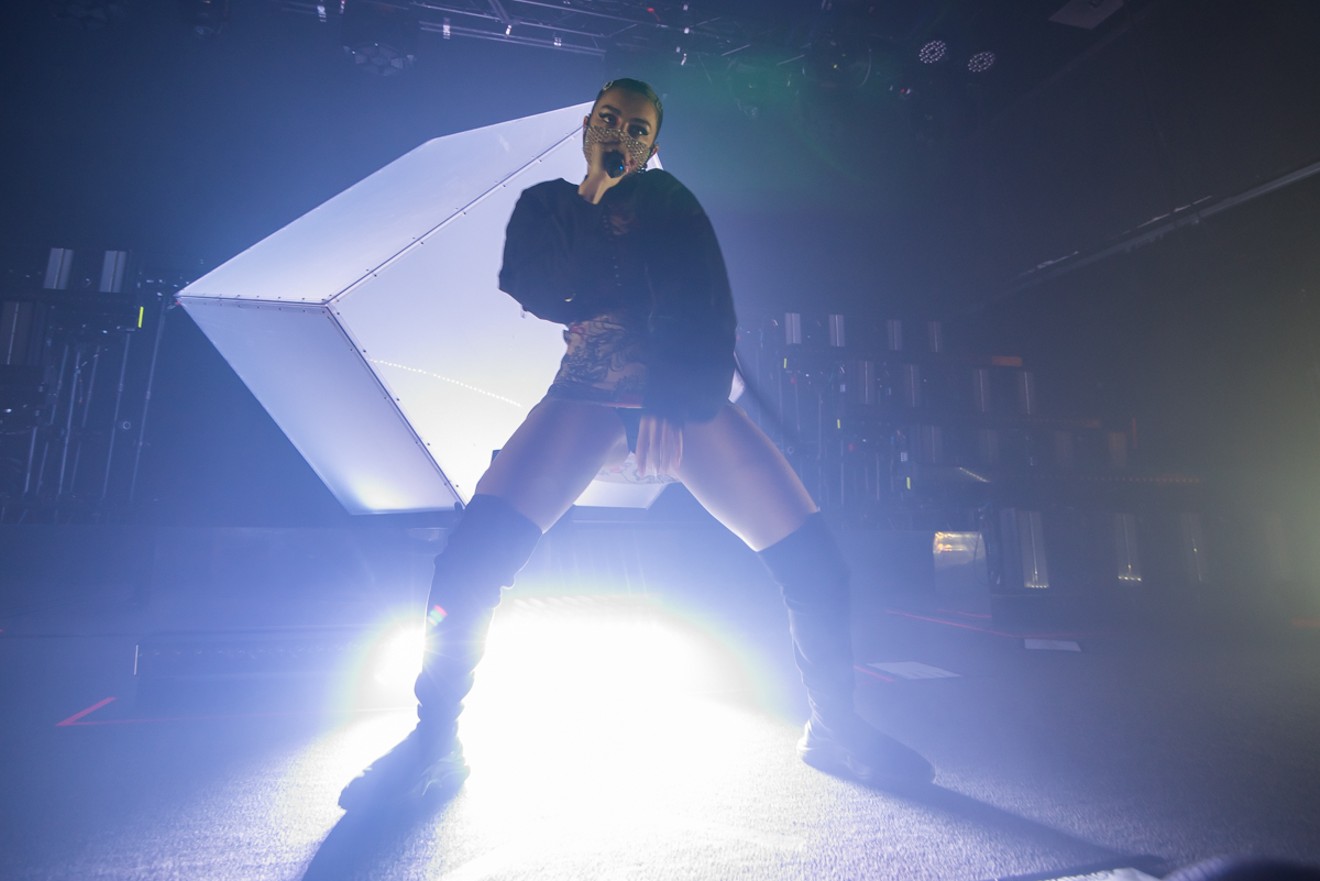 It is an understatement to say that the fans of Charli XCX are ravenous. Fans began screaming more than 25 minutes before her performance began. Any hint of something about to happen would elicit sporadic shrieks. As all the lights went out, Charli’s disembodied voice began giving instructions to the crowd and expressing gratitude to the artists she worked with on the latest album and all of her Angels.

Then a glimmer of light began to emerge from the large tilted cube in the middle of the stage as she moved from the shadows to the center. Her silhouette was singed into the retinas as blinding strobe lights blasted the darkness away.

The setlist was a heavy on new music, but that is not a knock, it is what the crowd desired. The new album simply titled, Charli, is chock full of collaborations with queer stars including the likes of Christine and the Queens, Kim Petras, CupcakKe and Big Fredia. Much of the new music is heavy on the autotune, a signature of futuristic pop. However, the live renditions featured more of Charli’s impressive vocals, that is when they were not drowned out by her fans filling White Oak Music Hall with their voices.

Charli sang and danced the night away with her people — bouncing up and down, throwing her hands up, whipping her ponytail and the crowd following suit. Popping her hips and flailing her arms, she punched at the air all the while stirring her fans into a greater and greater frenzy. This finally culminated with her climbing to the front of the security risers and onto the crowd as they reached and clamored to get closer as she sang her new hit, “1999.”


Local drag queen Blackberri led the local crew previously selected to dance with her to “Shake It.” The dancers truly, but briefly, defied gravity. It was similar to the last time Charli appeared in Houston when Julie Mabry, one of the hardest working women in Houston, hosted her at Pearl Bar after she opened for Taylor Swift at NRG nearly a year ago. It was there that one fan swung from the rafters at the club on Washington Avenue to get a better view.

Blackberri dances for Charli XCX and the crowd at White Oak Music Hall.
Photo by Jack Gorman
It was apparent that women want her and the boys want to be her. A more accurate statement is that everybody wants her and everyone wants to be her.