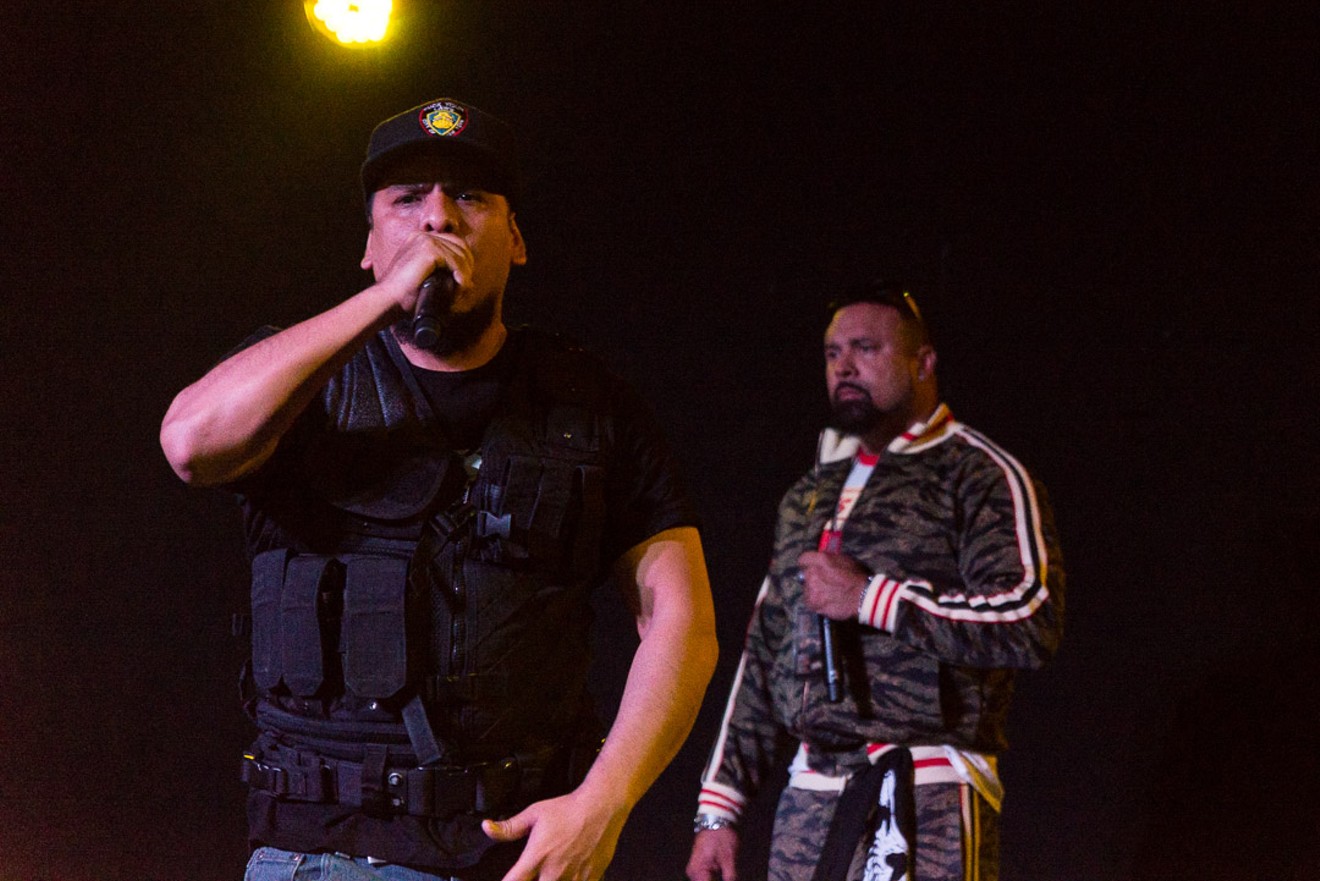 Immortal Technique Photo by Jennifer Lake
A night of hardcore rap lead by the prolific Immortal Technique seemed like a once in a life time experience for those in attendance Saturday at Warehouse Live. The rapper/activist took the stage, clad in a bulletproof vest as he rolled though his thought-provoking discography.

“My name is Immortal Technique,” the Peruvian MC stated to a full crowd, “for those of you that got dragged here by your boyfriend or girlfriend and don’t know what’s goin' on, looking at the stage like ‘This ain’t the shit I hear on the radio.’ We do a different brand of hip-hop.” 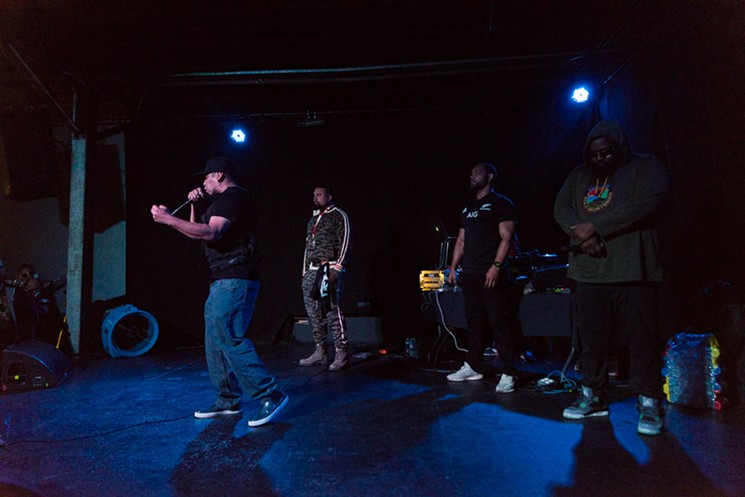 Immortal Technique was supported by Chino XL, his Producer, and Poison Pen.
Photo by Jennifer Lake

The Harlem rapper whose last album release was in 2008, expands on the bounds of free thought. Using his vast knowledge of history, religion, and culture, Technique educated the Houston crowd on morality and injustice. Using examples from his childhood and upbringing, as well as other experiences from throughout his life, Immortal Technique relays some of the coldest, most bone-chilling songs, many of whose lyrics can't be repeated in polite company.

Despite the rough, crude, and sometimes radical subjects, Technique has always aimed to unite everyone and encouraged the crowd to look after each other and show love to their fellow human beings. "Yo be nice to each other man. I know everyone comes from a different place, a different hood, a different background, but we're all here for the same reason, we're all tired of the system, we're tired of the way things are, and we want things to be different."

Throughout the entirety of the set, crowd members yelled to the rapper, asking him to play one song.  "One of the story rhymes that y'all love is "Dance With The Devil" but you've got to hear the whole song...I'm not doing that." The crowd cried out in displeasure, "Hey I'm sorry, I'm not a jukebox, I don't take requests."

"Dance With The Devil" is a near ten minute story-telling track, that solidifies Technique as one of the most notable rap writers. A track whose imagery and storyline test the will of the faint. He eventually played the track to help close-out the night, somewhat acting out scenes from the song with a T-shirt.

“People come up to me all the time after the shows,” explained the rapper, “asking if the story from the song is true. Of course it’s true, it happens every day of our lives, in every country and every city. The only way to make a change, is to be aware.”

Immortal Technique Steps into the Audience.
Photo by Jennifer Lake

Technique delivered a long and fulfilling set after years away from the mike and stage. While playing his memorable and old-school tunes as well as some unheard tracks, the protagonist MC has made his way back into the spotlight and seems ready to step into the new age of rap.

"I don't know who told you this record wasn't coming out. I don't know who told you it was going to be some soft-hearted, kumbaya, social justice bull-shit. This record will take your fucking head off, pack it in a box, and send it to your Mother! Do you hear me?!" Technique teased the crowd of his long overdue, upcoming album, The Middle Passage.
KEEP THE HOUSTON PRESS FREE... Since we started the Houston Press, it has been defined as the free, independent voice of Houston, and we'd like to keep it that way. With local media under siege, it's more important than ever for us to rally support behind funding our local journalism. You can help by participating in our "I Support" program, allowing us to keep offering readers access to our incisive coverage of local news, food and culture with no paywalls.
Make a one-time donation today for as little as $1.