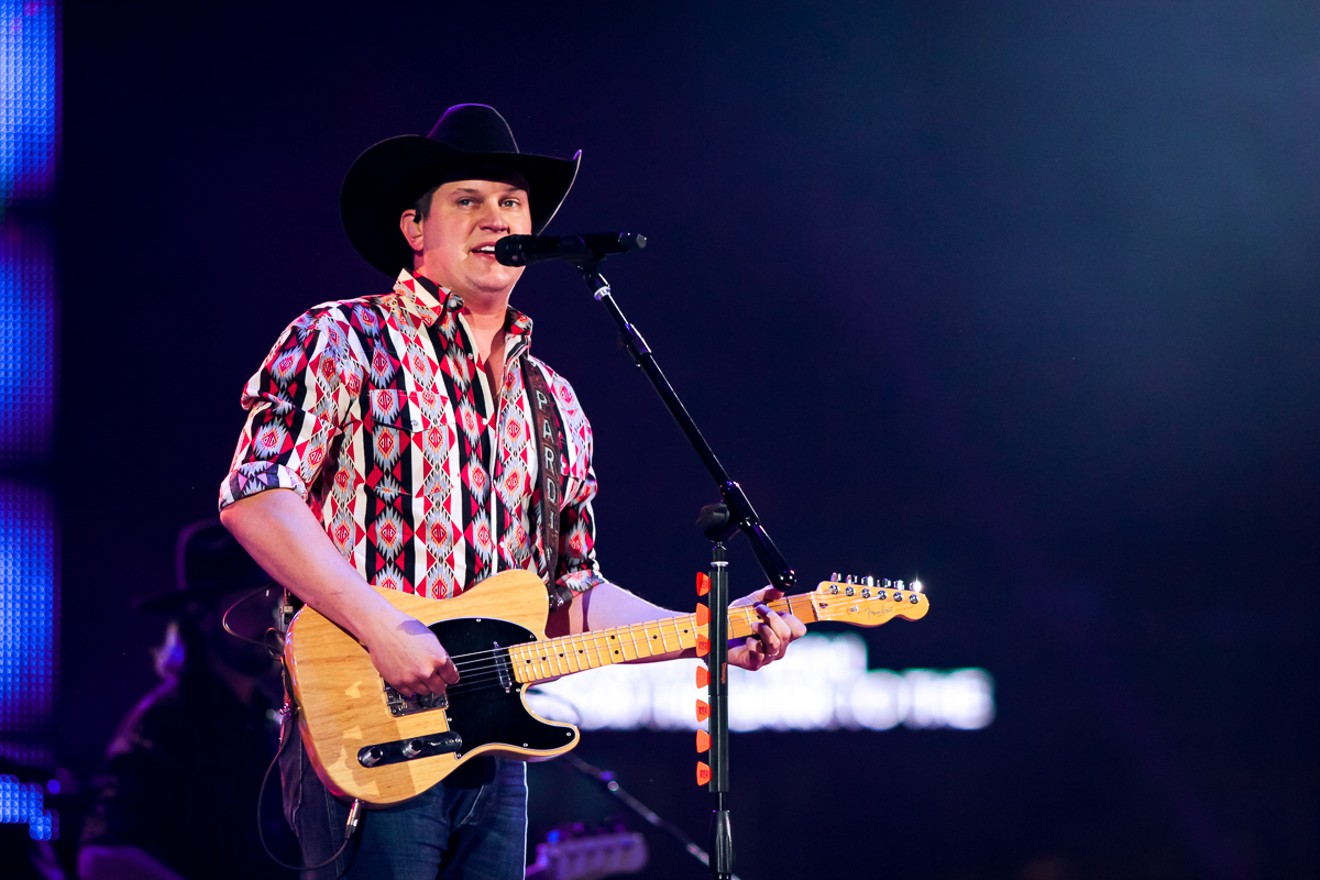 After waiting for two long years, Jon Pardi finally made his much anticipated Rodeo Houston debut on Saturday evening at NRG Stadium in front of 72,859 fans. Photo by Marco Torres
Headlining the big stage at Rodeo Houston is one of the biggest accomplishments a country artist can achieve. Two years ago, Jon Pardi was five days away reaching that dream, before the pandemic led to the unprecedented cancellation of all performances at the rodeo.

Saturday evening at NRG, the country singer from Dixon, California made sure to cherish every single moment of his RodeoHouston debut. Most artists are driven in an SUV to the stage... Jon Pardi said he'd rather get a little dirt on his boots and walk. 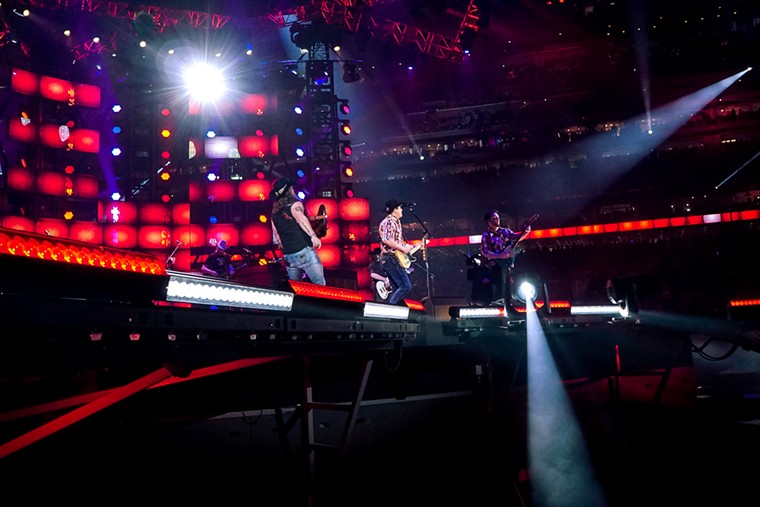 His band The All-Nighters matched Jon's energy note for note.
Photo by Marco Torres
As the lights dimmed and the fireworks popped during the energetic intro, Pardi came out onto the NRG floor, walking briskly and determined to entertain in front of more that 72,800 fans who purchased tickets to see him this evening. His set began with a trio of tracks from his 2016 album entitled California Sunrise.

"I hope y'all get lucky tonight!" he shouted as his took a sip of whiskey. He was joined onstage by his band The All-Nighters, matching his passion and energy with every note.

His songs about love and heartbreak are a mix of heartfelt and poignant, with a classic country twang that reaches deep into the listener's soul. Those feelings were exemplified on the track "She Ain't In It," which Pardi called one of his favorite singles. A sea of cell phone lights illuminated the stadium as the song rang out, swaying side to side as the crowd sang along. After performing a set full of hits and fan favorites, Jon Pardi rode his horse off into the night.
Photo by Marco Torres
Oh course, when a cowboy sings about relations of the heart, there is bound to be some beer, whiskey and tequila involved. This was most evident during "When I've Been Drinkin," "Tequila Little Time" and "Beer Can't Fix."

As I've grown older and hopefully wiser, so has my love for country music. There's just something magical about listening to artists like Jon Pardi, dancing with a lovely lady after a shot of tequila or four.

Country is a dynamic genre, forever shifting between fun drinking songs and tearful laments. Sure... therapy can be supremely helpful, but have you ever drunk a beer while listening to "Heartache Medication"?!

Jon Pardi has waited two long years for his debut at Rodeo Houston.
Photo by Marco Torres
The evening ended with two of Pardi's most popular tracks, "Dirt On My Boots" and "Head Over Boots." And then, in the same grand fashion as his entrance, he put his microphone down and mounted his horse, then proceeded to take a victory lap around the stadium floor.

The band played "Deep In The Heart Of Texas" as Pardi greeted his fans in the front row. His smile was as wide as the Rio Grande, and as he rode off into the night, he tipped his cowboy hat into the sky, thanking everyone for their support and applause. 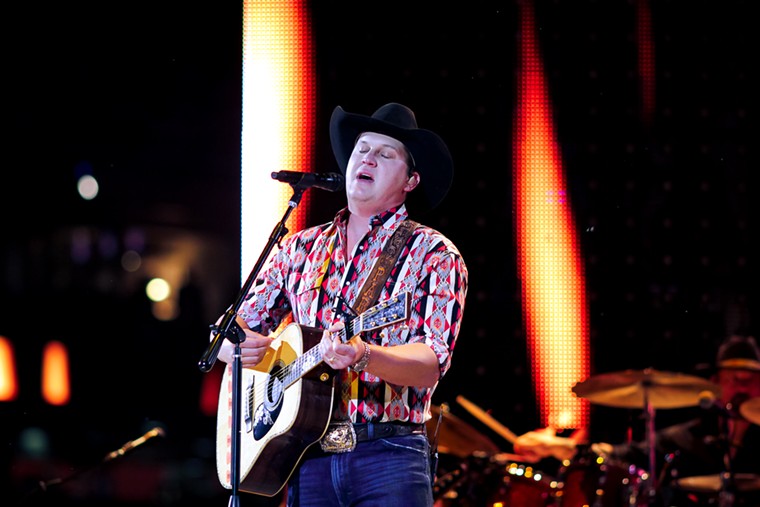 From drinking songs to songs about love and heartbreak, Jon Pardi is an excellent entertainer.
Photo by Marco Torres
We might have just witnessed one of the best debuts at Rodeo Houston ever. Definitely look forward to seeing him on this stage again in the future.

This was the first concert of Rodeo Houston 2022 to surpass 70,000 paid attendance.
Photo by Marco Torres
KEEP THE HOUSTON PRESS FREE... Since we started the Houston Press, it has been defined as the free, independent voice of Houston, and we'd like to keep it that way. With local media under siege, it's more important than ever for us to rally support behind funding our local journalism. You can help by participating in our "I Support" program, allowing us to keep offering readers access to our incisive coverage of local news, food and culture with no paywalls.
Make a one-time donation today for as little as $1.