Mannequin Pussy a Riot at The Secret Group 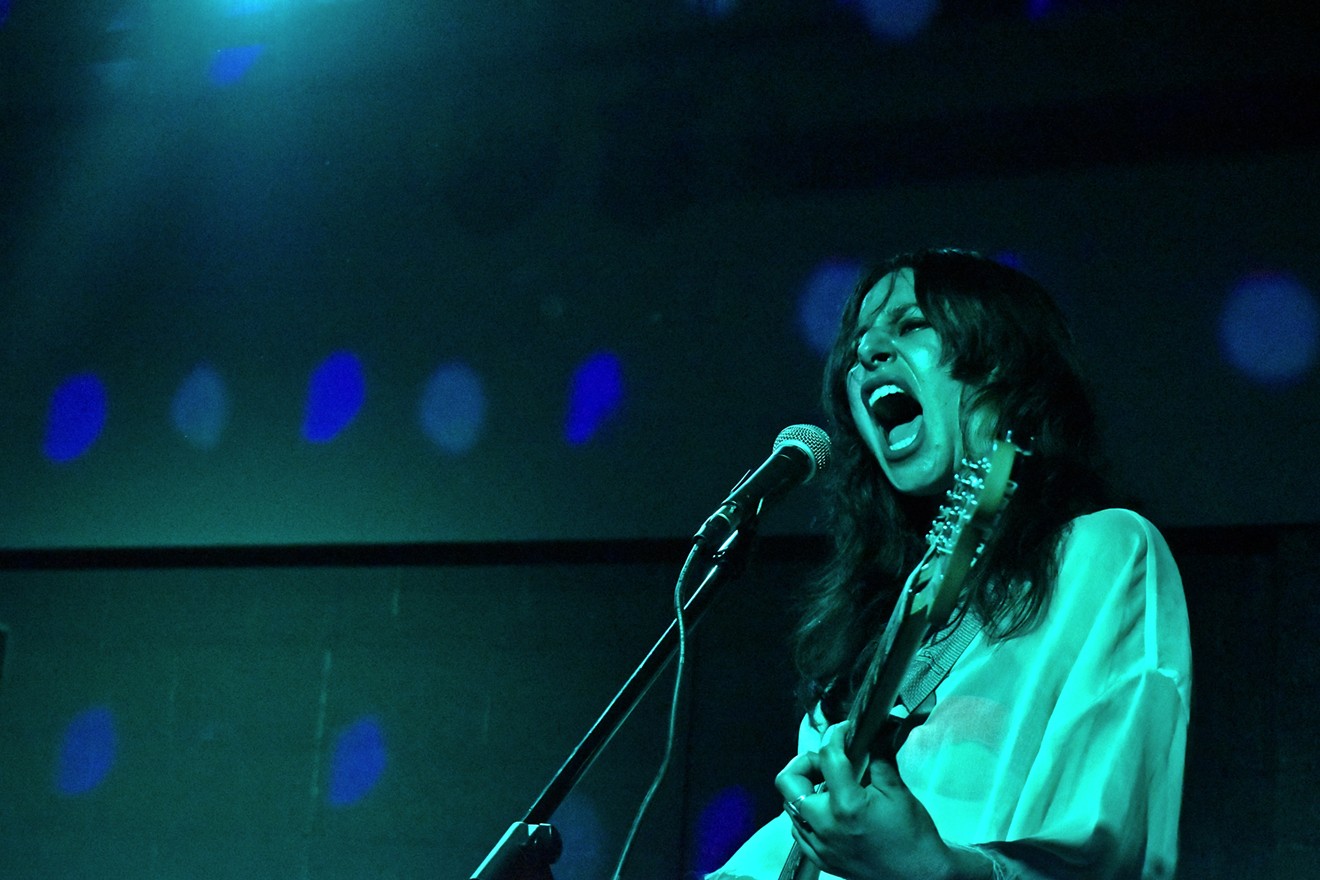 T-Rextasy at The Secret Group
Photo by Carlos Brandon
T-Rextasy, an all women four-piece punk-pop ensemble, broke the ice with their charming mix of hard charging punk instrumentals and frontwoman Lyris Faron's high pitched, sharp vocals. The girls poked fun at their pseudo-woke exes with their popular and wildly entertaining song "Gap Yr Boiz", and explored the potentially uncomfortable gray space between girl friends and girlfriends with the aptly named, "Girl, Friend". The femme-punks from New York warmed themselves to a hesitant crowd, by the end earning cheers and encore calls as they packed their gear.

Their set was sewn together into one long jam sesh with tracks joined by instrumental peaks and valleys and the introduction of new ambient sounds. The group's skilled shredding mixed with found sounds like bird calls and digital feedback created a manic and somehow calming euphoric experience.

Mannequin Pussy at The Secret Group
Photo by Carlos Brandon

The group is currently on tour, fresh off the release of their third studio album Patience, which Pitchfork called a "balance between seething chaos and quietly devastating vulnerability." The more refined nature of the album, with its pop-driven vocals and more professionally composed instrumentals, shone through in songs like "Drunk II" and "Patience". Yet, the group flexed their unhinged punk muscles as well with tracks like "Meatslave" from their second album Romantic, and the newer single "Cream".

Mannequin Pussy at The Secret Group
Photo by Carlos Brandon
By the end of the three sets, an exhausted and gleeful crowd shuffled out, heads and hearts still ringing with a mix of Dabice's emotionally charged vocal performance, Empath's aggressive sonic vibrations and T-Rextasy's off kilter punk pop seductions. Friday's show reminds us why we love intimate back room performances in small venues like The Secret Group.
KEEP THE HOUSTON PRESS FREE... Since we started the Houston Press, it has been defined as the free, independent voice of Houston, and we'd like to keep it that way. With local media under siege, it's more important than ever for us to rally support behind funding our local journalism. You can help by participating in our "I Support" program, allowing us to keep offering readers access to our incisive coverage of local news, food and culture with no paywalls.
Make a one-time donation today for as little as $1.