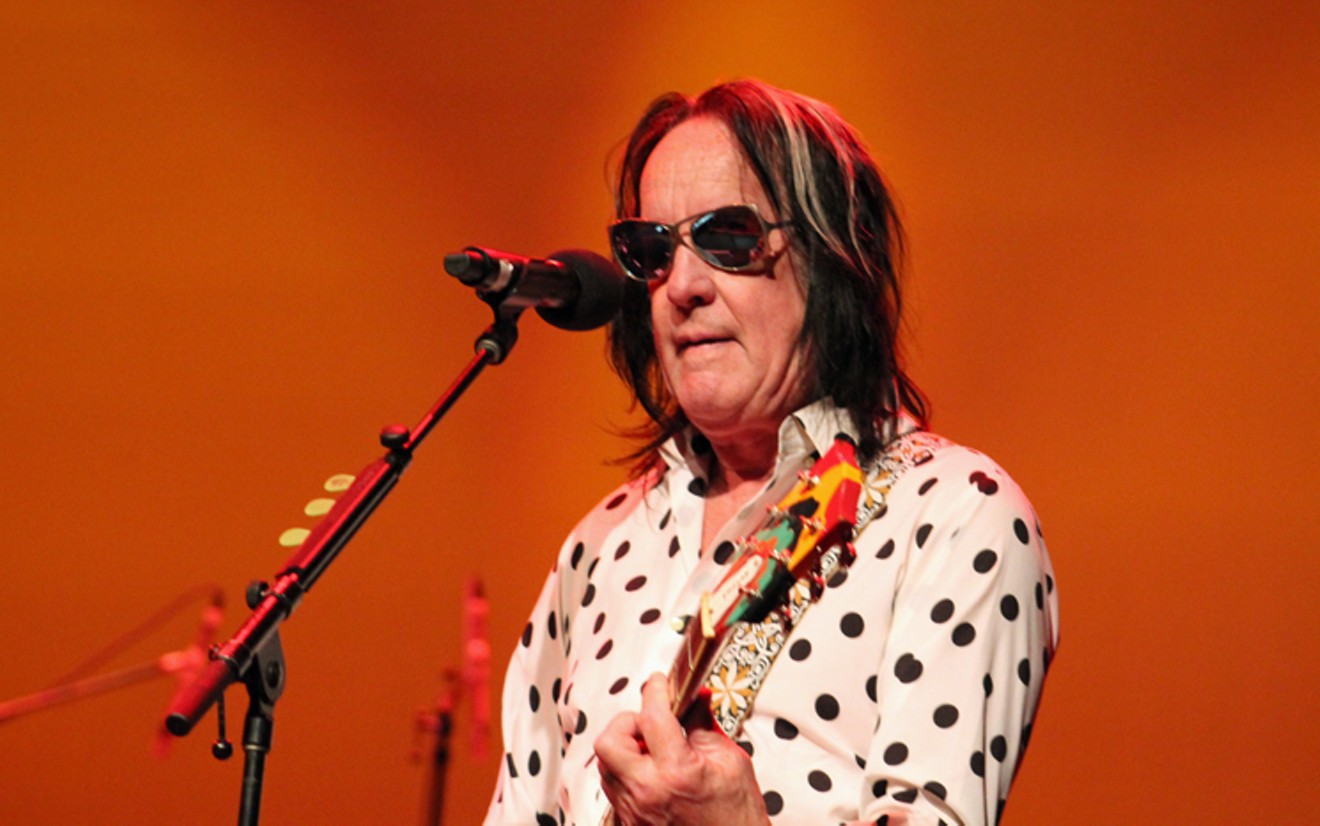 But only one on tour now boasts a lineup of players that knew, worked, partied, and played with the Fabs themselves. Or count several multi-platinum records and sizable hits of their own. Or have a shelf somewhere in their home upon which sit an Oscar, Grammy, or induction statue from the Rock and Roll Hall of Fame. First, some background. While not the first (or second…or third) album titles to come day tripping off the average Beatle fans’ lips, both Rubber Soul (1965) and Revolver (1966) were pivotal to the development of the group.

Rubber Soul saw them shaking off the buoyant (but simplistic) teen romance topics of “She Loves You” and “I Want to Hold Your Hand” for more mature material of introspection and lyrical depths (“Nowhere Man,” “In My Life,” “You Won’t See Me”) with touches of classical and world music. One look at the band’s distorted, unsmiling faces on the cover certainly portents changes within. John Lennon was heavily influenced by Bob Dylan here, and the smell of marijuana permeates the proceedings. This was the band’s initial foray into LSD, with Lennon using a strung-out actor Peter Fonda’s creepy real-life proclamation at a party (“I know what it’s like to be dead”) on “She Said She Said,” while what McCartney celebrated and pined for in “Got to Get You Into My Life” was not a woman, but more pot! Oh, and it’s got future animated movie soundtrack title/children’s standard “Yellow Submarine.”

So on the Cullen Hall stage, the assembled ensemble took turns singing lead and backing up each other instrumentally throughout the nearly two-hour set. Highlights from the Fabs’ catalog included “Taxman,” “I’m Only Sleeping,” a lush, harmony-laden “Here, There and Everywhere,” a countrified and uptempo “I’ve Just Seen a Face,” the funky “Got to Get You Into My Life” and the sizzling, spacey tour de force “Tomorrow Never Knows.”

On the individual hits side, Laine’s “Band on the Run” was a hard-driving early highlight while the affable Molland’s “No Matter What” and “Baby Blue” proved a lot of love exists for Badfinger. Cross hit all the high and right notes on the lolling “Sailing” while Scheff’s “25 or 6 to 4” proved the show’s hard rock apex. Denny Laine (formerly of the Moody Blues and Wings) and Todd Rundgren.
Photo by Bob Ruggiero
Rundgren continues to take the piss out of “Hello, It’s Me” (his most recognizable hit) with stagey facial and hand gestures. Nevertheless, he sang it with a clarity and sincerity missing from the last number of times he’s performed it in Houston, joyously striding back and forth across the lip of the stage in a suit of black and white checkered patterns. Todd Rundgren remains one of classic rock's most charming and multi-talented eccentrics.

That’s not to say that the show was flawless. Microphones for lead vocalists and acoustic guitars were sometimes mixed too low; tempos dragged on certain numbers; and the ensemble could have used the occasional boost of energy. Perhaps that’s due to Houston being only the second date on the second leg of a tour after a lengthy break. If one looked closely at the stage, it probably had some shaken rust on its boards by show’s end.

There were also no Beatles-related personal experiences or stories. This was run as an efficient show with each performer barely saying a few sentences. That’s completely understandable, though, with the generous 33-song setlist. Given the choice, most would gladly want their three minutes filled with an extra tune over an anecdote or much-practiced joke anyway. Gil Assayas and Todd Rundgren.
Photo by Bob Ruggiero
Ably backing the headlining Fab Five as they cycled on and off the stage were five solid band members themselves. They included drummer Steve Ferrone, a member of Tom Petty and the Heartbreakers from 1994 until Tom’s 2017 passing. Scheff noted that he was recommended for the job by none other than Petty’s close friend, Beatle George Harrison.

There was also multi-instrumentalist Darin Murphy (who played John Lennon on Broadway in the musical Lennon), former Monkees road-band member Wayne Avers (who did the heavy lifting on electric guitar, including Terry Kath’s runs on “25 or 6 to 4”), and Gil Assayas on keyboards.

A special guest for the show on added guitar was now-Houstonian Jeffrey Foskett, who for decades served as the Musical Director for the Beach Boys and/or also toured separately with founder Brian Wilson.

It was especially good to see Cross back in action and walking unaided. He suffered particularly grueling and painful COVID-related medical issues at the beginning of the pandemic that left him diagnosed with Guillain-Barre Syndrome and paralyzed in his hands and face, but mostly legs. He told writer Jon Bream of the Minneapolis Star-Tribune last October that he also spent three weeks in the ICU and was wheelchair-bound for five months. And he's fairly sure that his legs will never completely heal.

But as the last audience sung-and-driven chorus of Ringo Starr showcase “Yellow Submarine” faded in the air at Cullen Hall, it was clear that those who were there had just seen and heard something special, and likely never to repeat.

Unless the lineup—most of whom had previously done a tribute tour focused on The Beatles (aka The White Album)—wants to tackle Sgt. Pepper’s Lonely Hearts Club Band or Abbey Road next. Hint, hint…

Personal Bias
Well, I am Classic Rock Bob. And my 1987 Spring High School Independent Study Project with Mrs. Kessler was on Beatles history and music. I even made an original music video for “A Day in the Life” featuring my charred 1980 Ford Fairmont—which had actually burst into flames in front of my house the night before.

“My friend went to the same high school as Christopher Cross and is wearing a T-shirt from it. He hopes he can see it from the stage!” (Note: he didn’t).

Random Notebook Dumps
• I sat behind a couple who both filmed the same song with their iPhones. I guess in case they break up, they'll both have video which they’ll never actually watch.

• Lots of partisan “Hot Toddies” in the audience shouting for their favorite performer.

• Christopher Cross introduced “Ride Like the Wind” as “a Texas tale.” He’s quoted in The Yacht Rock Book saying that he wrote it while high on acid in a car on the way from Houston to Austin.

• That’s Allen Hill of the Allen Oldies Band hanging out in the light booth with his girlfriend Windy, who was working the show.

T-Shirts in the Crowd
Beatles, Beatles, Beatles! Also Arc Angels, Wings, and Todd Rundgren. One T-shirt choice for this tour came in military olive green and was called “Zelenskyy style” (Christopher Cross also sported a baseball cap with the Ukrainian flag on it). *Yellow Submarine (ensemble)
KEEP THE HOUSTON PRESS FREE... Since we started the Houston Press, it has been defined as the free, independent voice of Houston, and we'd like to keep it that way. With local media under siege, it's more important than ever for us to rally support behind funding our local journalism. You can help by participating in our "I Support" program, allowing us to keep offering readers access to our incisive coverage of local news, food and culture with no paywalls.
Make a one-time donation today for as little as $1.