Less Than Jake Returns to Continue Its Connection with Houston

Vinnie Fiorello is hoping for clear skies when he visits Houston next week. That’s because his band, the veteran ska punk act Less Than Jake, is performing on an open-air rooftop. But our conversation with Fiorello, the band’s drummer, lyricist and founding member, is focusing heavily on storms, both the literal and figurative kinds. They're at the heart of Less Than Jake’s latest record, Sound the Alarm, which will certainly be represented in the band’s set next Thursday at Proof Rooftop Lounge.

“Sound the Alarm is not a political record and I’m not going to call it that but you see these storms, whether they’re political storms or whether they’re relationship storms or whatever it is, and Sound the Alarm is basically a reactionary record about looking around at the world and going, ‘Hey, we better hit the anchor right now because we’re in for a big one,’” Fiorello explained. “When the storm comes in, you start to count your blessings a little bit, right? You see all the things that are going on and all the things that are good and you hope and pray that after the storm goes that you still have those things.

“You know, Houston got hit with a massive storm,” he continues, “and there’s a lot of people that lost everything but still their family is safe and they’re the happiest people that I know because, even though everything they owned was devastated, everyone was still alive and now things are moving in a positive way and their family became much tighter after that storm than they were.”

Fiorello knows storms. The band has weathered a few tempests over more than 25 years together. They hail from Gainesville, Florida, which has been in the eye of the hurricane as frequently as Houston. There’s a line between these two points on the map for Fiorello, who said the band has been playing H-town right from the beginning. They were booked at The Abyss for one of those first trips. Fiorello recalls the venue being “a famous metal club, for all intents and purposes.” He said Slayer had played the night before their gig, so the club’s crew wasn’t too stoked to know a ska punk band was following that act.

“Nonchalantly we go, ‘How big was the Slayer pit last night?’ And they’re like, ‘Oh, it was big – couple of hundred people.’ We were like, ‘Alright, that’s cool,’ and the local crew was just sort of busting on us for being a ska punk band,” he recalled. “That night we were like, ‘Ah, we heard Slayer was here, we heard their pit was big,…but we’re gonna do a bigger pit.’ We basically turned the entire floor into one giant pit. After the show I was like, ‘Hey, was our pit bigger than Slayer’s?’ And they were like, ‘I can’t even believe what I saw just – it was massive!’” 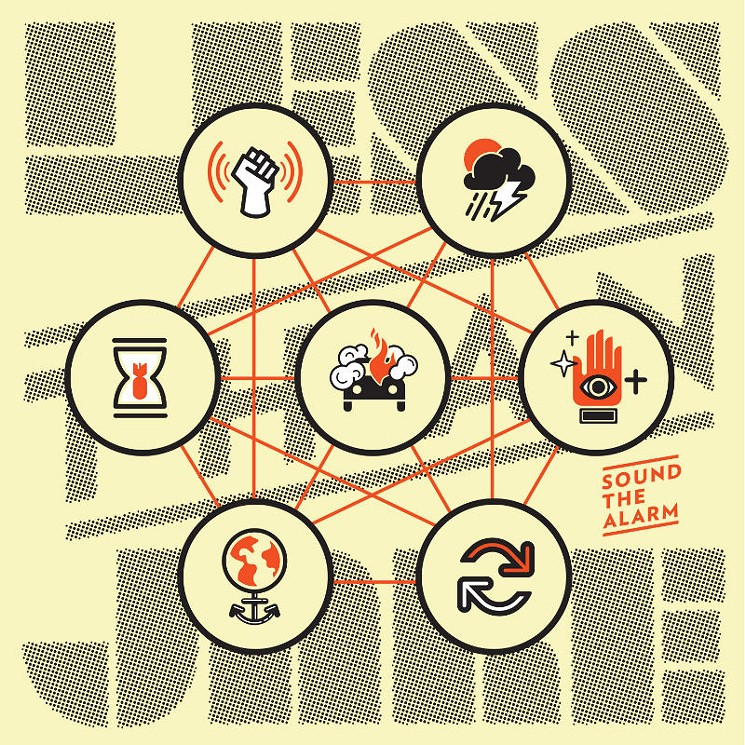 The band's latest work, Sound the Alarm, is cautionary but hopeful
Album art
Fiorello said Less Than Jake did a lot of proving itself in the early days. They turned people onto the genre with smart and challenging lyrics woven into well-crafted songs, all delivered with an infectious energy. Fiorello says it’ll be fun to take that package on the road yet again, this time with longtime friends and west coast punks Face to Face.

“We’ve done some shows together. We’ve never toured (together) before but most of us in the band are huge fans of Face to Face and we’ve gotten to know them through the years; so, it’s just a good thing,” Fiorello said. “It’s a band from a similar time period that we’re from that’s still going, still writing songs and still relevant in punk music – and, we’re friends. It just feels like it’s the right thing. When you go on tour if you’re friends, there’s a mutual respect and a relationship there, that’s great.”

We know the band has played weirder spots than a midtown rooftop. After all, they’ve toured the globe repeatedly. Fiorello says South Africa, Saint Petersburg, Poland and Budapest are all bucket list locales for the band.

“The weirdest place that we played was called the Kubana Festival. It’s in Russia on the Black Sea. We traveled through Moscow to get to this festival and man, we had to travel an hour-and-a-half from a small airport that we flew into, through like potholes and crazy things, and you wind up at this beach where this festival is. It was right when there was a lot going on with Russia and Crimea and things like that,” he remembered.“It was a wild, wild place. Like wild dogs just roaming around in packs and rolling brownouts in the infrastructure because it’s like these old electric wires can’t keep up. To go there and play in front of, there were probably 10,000 people there, with like road flares spinning around – it was so Mad Max-ish at times – but what a beautiful thing to be able to go to the middle of nowhere on the Black Sea and it be filled with people that just wanted to have fun and party and watch bands and sing along.”

We ask about Gainesville, a place much less “Mad Max-ish” and one which seems to churn out great bands. Against Me!, Hot Water Music, Sister Hazel, Tom Petty, Bo Diddly – the list goes on and Fiorello says they all share a common element.

“(Gainesville) breeds this type of musician that has to grind it out in a small town, but this small town happens to have 80,000 kids that go to school there,” he said. “To go play music outside of Gainesville, you have to grind to get there and I think that makes for a better musician and I’m not talking just about better technique-wise, I’m talking about savvy and being driven to do the work.”

The interview turns a bit personal here as I share with Fiorello that it was a banner day when he sent my son (full disclosure: he’s the frontman for locals Days N Daze) a Facebook message saying he digs what the band is doing. I ask whether Less Than Jake sees itself as big brother to up-and-comers.

“You do have that sort of big brother thing, but then I always look for new music because I put out records by other bands, I continue to do that. And then, you sort of go, okay, we need someone new and someone fun to open up shows, so It’s another reason why you continue to look,” he said, segueing into which bands he currently finds exciting. “For me, there’s Direct Hit!, who’s on the shows with us, they’re a great band. PEARS is another great band that should be on people’s radars, they’re from New Orleans. Jukebox Romantics, I put out their record, they’re from New York, it’s very ‘90s pop punk. This is that thing that scratches that itch again.”

We can’t have a conversation with the band without asking about Warped Tour. The longtime traveling punk festival will end its run this year and Less Than Jake will play many of the festival dates. Prior commitments meant they couldn’t play them all, but the band is by far the record holder for having played the most Warped shows. 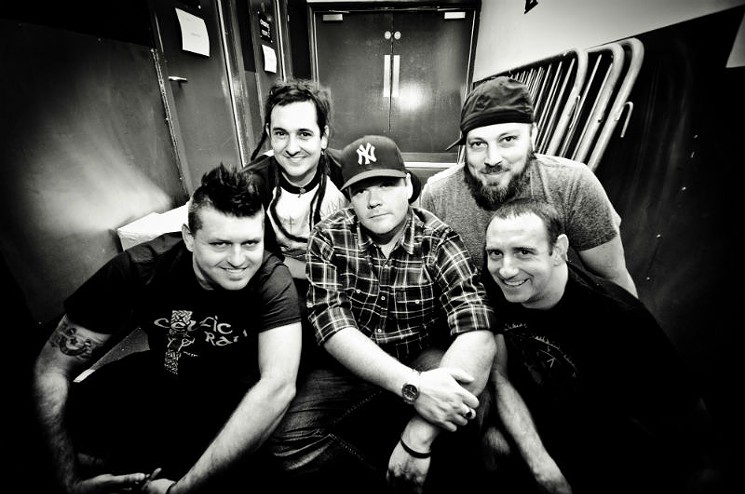 “Warped Tour for us was and still is, when we played, we played in front of a newer and younger audience. It had this kind of cool, regenerative property for our band, so you had people that were much older that were fans and then you’re playing in front of much younger kids that were there to see whoever — Falling in Reverse or Of Mice and Men – you could just go down the line. It was just good to be able to play in front of new people and keep that sort of bloodline of fans going.”

“And Kevin (Lyman), who runs the tour, has always been very righteous to Less Than Jake and we’ve always been righteous back. We’ve never been 'Ah, we’re too huge, too cool, too old to play Warped Tour.' We always put back in because Warped Tour always put in when we needed it.”

Fiorello says the band pays its fortunes forward by giving people a chance to shed their cares for a while. He said Houston’s always been receptive and that’s created a bond between the act and the city.

“Less Than Jake has a really good history with Houston, it’s always fun shows. We just look forward to coming back, man. We’ve been blessed to be able to play music for a living and when people show up and when people sing along, that’s why we’re there, that’s why we leave home, that’s why I miss my daughter and miss my wife, because there’s this other thing that’s out there,” Fiorello noted. “You know, when you get to a town and people show up and are singing along, that’s why we keep doing what we do because of the connection. Come out, have a connection, have a beer, have a shot, sing along, you know?”

Less Than Jake returns to Houston Thursday, April 19 at Proof Rooftop Lounge, 2600 Travis. Face to Face co-headlines, with support by Direct Hit! and Jukebox Romantics. Doors at 6 p.m., tickets are $15 to $90.