Riding the (Cocaine) Rails with an Eagle and His Lady 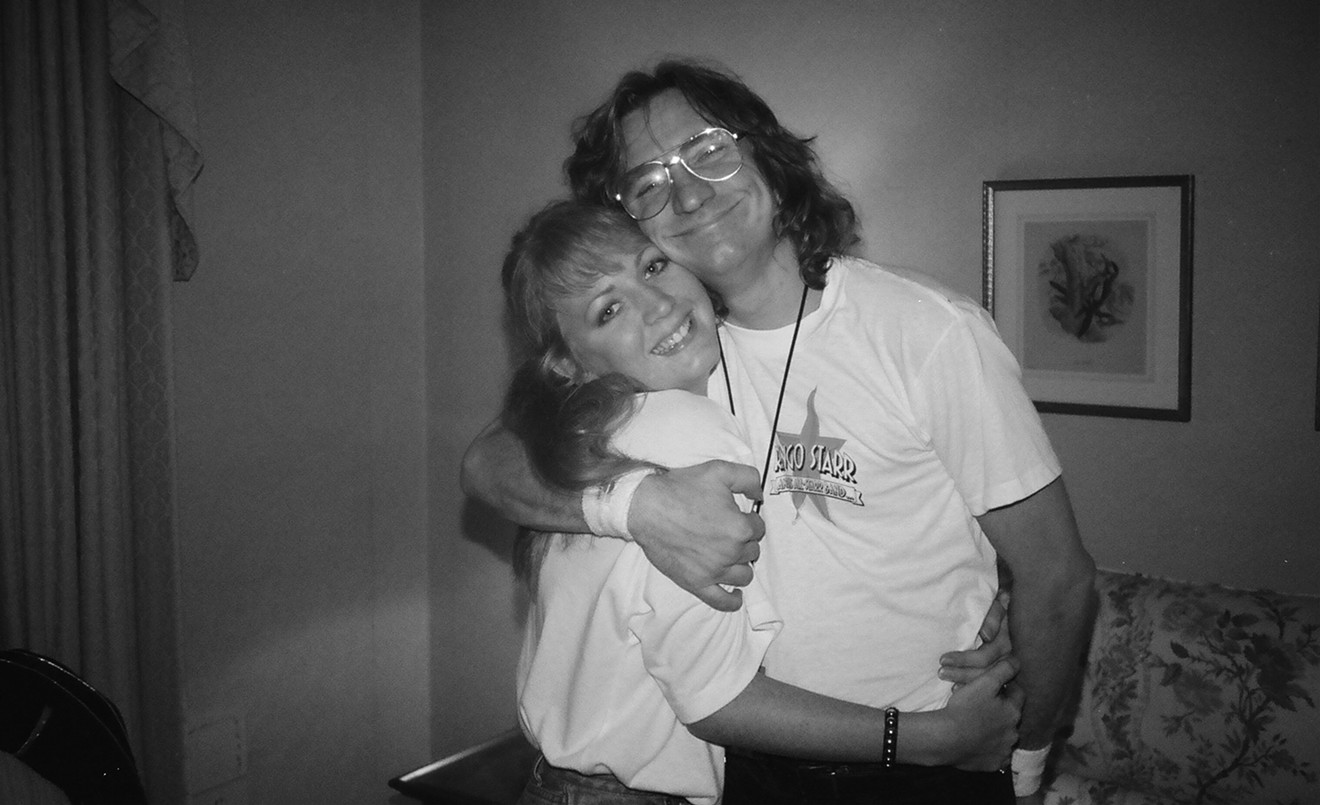 Of all the rock and roll wild men of the '70s and '80s, Joe Walsh was one of the wildest. That he exuded a goofy charm through many of is booze-and-drug fueled escapades (why go out into a hotel hallway to get to the next room when you could just chainsaw your own entry to it?) always made him seem more man-child than maniac.

But to Casey, his Texas-raised paramour of six years during the late '80s/early '90s, times were often far rougher than Walsh's grinning "How ya doin?" persona seemed to present to the world.

Book jacket
Casey writes that when she first heard Walsh's voice singing "Life's Been Good" on a car radio in 1981 — decked out in uniform on the way to her Catholic high school — she felt she was tied to him from some past life or higher level.

When she finally met the man just a few years later in a room at the Austin Radisson (a friend was "dating" his bass player), she says she didn't know who he was. And despite her more than willingness to have sex straight off the bat, the most they did was play around and - at Walsh's suggestion - look at each other by candlelight in the bathroom mirror. Though things didn't take long to get physical.

For much of the rest of their relationship, Casey provides a pretty detailed (keeping journals helped) of their time together, though it does read in some places like a repetitive carousel ride. There's intense sex of the kinky kind (Walsh apparently favors bondage, masks, and sex toys), followed by standoffishness. When Walsh says he can't match the much-younger Casey's sex drive, he freely gives permission for her to bang someone else that he hand picks - but only if he can watch. According to Casey, that's where she draws a line.

However, even Casey's intense romantic love for the singer/guitarist can't break through to the inner core of Joe Walsh, who comes off variously as extremely needy and extremely distant. Often on the same page.

Photo courtesy of Kristin Casey/Rare Bird Books
Both go though many cycles of cocaine-booze-sobriety and back again. Through the early part of their relationship, Casey maintained her job as a stripper at Sugar's in her home town of Austin (and, briefly, had a one month stint at Rick's Cabaret in Houston). She also returns to stripping several more times.

Casey has a keen eye of observation, and her takeaway portraits of Walsh's fellow musicians - especially on the first of the Ringo Starr All Starr tours - are compelling, insightful and funny. The readers wishes for more of these observations perhaps, and less of the carousel. Casey mentions doing "hog rails" of coke and "monstering" drug binges with fair regularity.

In the end, it's Casey's descent (or re-descent) into crack hell that expedites the ending. She's unflinching in detailing the intensity of her addiction (at one point pawning a $1,000 bracelet Walsh had bought her for $15 cash to by a rock of crack). And even when she kicks that monkey, ol' buddy booze comes back in the picture. Today, Casey is an intimacy coach and addiction specialist based out of Austin (with a very interesting website). And while she's had a handful of stilted encounters with Joe Walsh in the years since their breakup, both have well moved on...though one can't help but wonder what the rock star will make of the revelations here.

I'm always wary of memoirs written by ex-wives, former girlfriends, or estranged family members of rock stars. But while the private Joe Walsh we meet in these pages doesn't exactly seem to deserve the scary moniker of the book's title, it is a well-written and often harrowing tale of love, lust, and little packets of white powder.