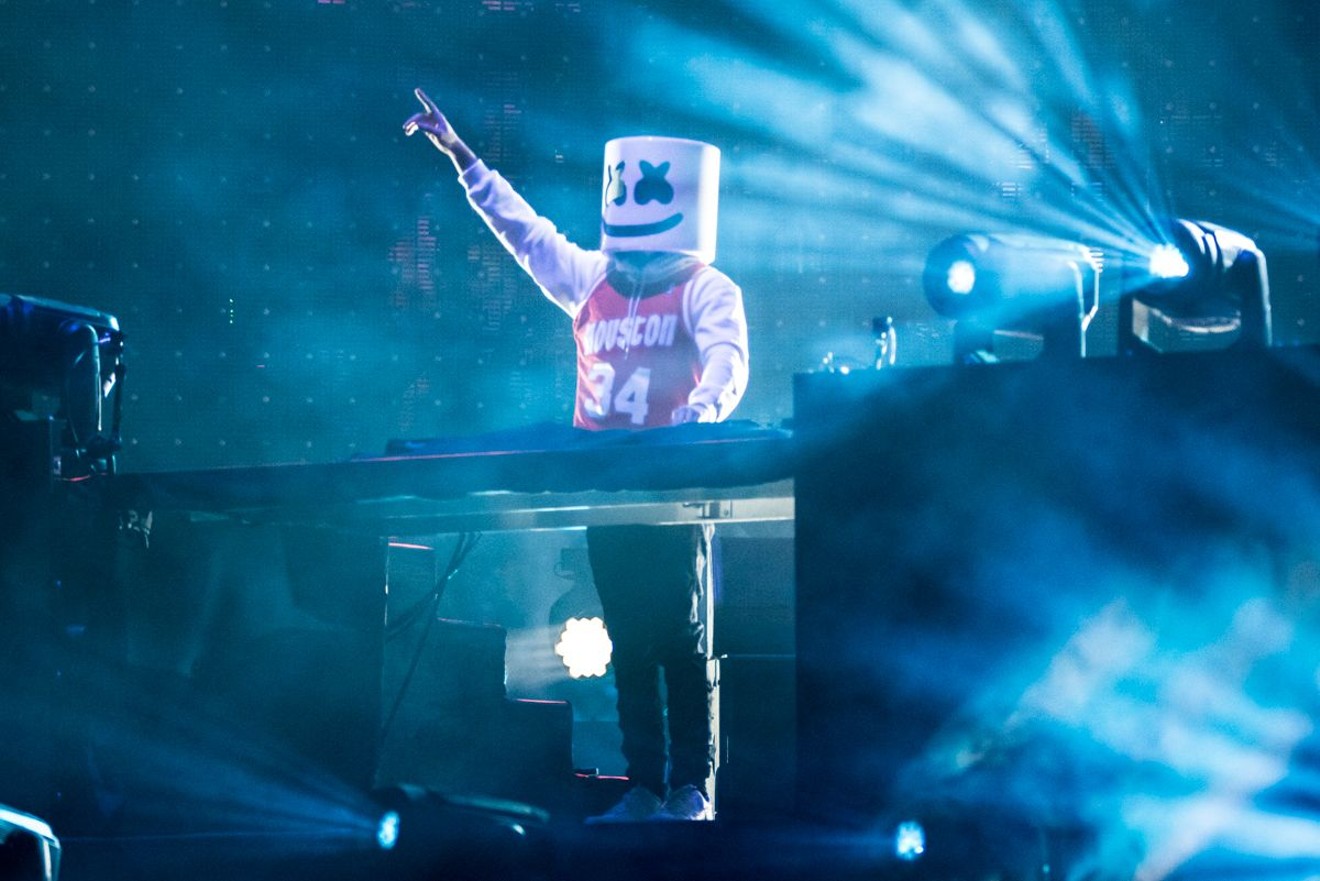 Marshmello demands action from the crowd. Photo by Jack Gorman
click to enlarge I don't remember a lot about my first concert. I know it was Green Day with The Riverdales opening, it was at the Freeman Coliseum in San Antonio, and I went with my Aunt Regan, my hip, rock and roll aunt. I remember young punks hooking the chains from their wallets to the fence outside the venue. I can tell you the songs that were played, because that information is archived, but I couldn't tell you anything about the nuts and bolts of the performance or recite any of the stage banter. I just know that I loved being at the concert, seeing my favorite band, and that sense of wonder is something I've always chased ever sense.

I think that for a lot of the younger fans in attendance for Marshmello's RodeoHouston debut, the show was probably a transformative experience for them, even though they'll remember less and less of the specifics as they grow up. That's about the highest compliment I can give any performance, and one that I would have thought I'd never be saying about a RodeoHouston show in particular.

Because we all know that RodeoHouston isn't the best place to see someone you love. The acoustics aren't great, the performer spends half the show facing away from you, and most of the crowd just sits on their hands except for one or two songs. It's a perfectly fine place to passively watch a performance but not a great experience necessarily.

Marshmello doesn't give you the option to be a passive observer. There's simply too much going on at any one time for you not to be engaging with something. Whether it's the bass shaking your ribs, the melodies lifting your spirits, the lights pushing the stage to the limits of what it could do technically, or the pyrotechnics, it was the concert equivalent of chugging an energy drink and then playing Fortnite until you blacked out. It was overwhelming at times, and even the quiet moments felt more animated that most Rodeo performance high points. 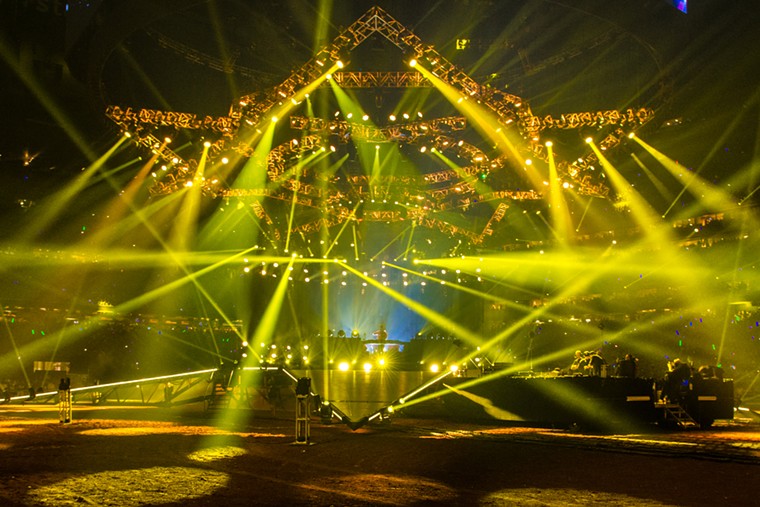 Cue lights. And more lights. And more lights ...
Photo by Jack Gorman
He has a good ear for timing. He knows when he only needs to play a chunk of a song versus when he should let the crowd ride out an entire track. And while the entire audio and visual experience could hit like a brick, he included plenty of pauses; anyone who has played a multiplayer video game needs you need to pop back into the lobby now and then, just to break up the experience into something more manageable.

It made me think of my niece and nephew. Two years ago they would have been right there with me, but life got in the way this year and they couldn't make it. I think at least one of them would have loved it, and I was a little sad they might have missed what could have been a formative experience for them. I could have been the cool uncle in their future version of this story. Oh well, at least I got to hear the Six Flags dance song on the loudest sound system possible.

Rodeo Update: The bulls went 10-2 against the cowboys. The greatest gymnast of all time was on the floor to watch the calf scramble. One of the muttons put a little kid into the wall. There don't need to be two bronc-riding events.

The Crowd: Lots of people up past their bedtime, making the most of Spring Break.

Random Notebook Dump: So, I think the chuck wagon races are fixed. It's the only thing that explains how they can be so close every time. It's like pro wrestling on large, novelty wheels.
KEEP THE HOUSTON PRESS FREE... Since we started the Houston Press, it has been defined as the free, independent voice of Houston, and we'd like to keep it that way. With local media under siege, it's more important than ever for us to rally support behind funding our local journalism. You can help by participating in our "I Support" program, allowing us to keep offering readers access to our incisive coverage of local news, food and culture with no paywalls.
Make a one-time donation today for as little as $1.