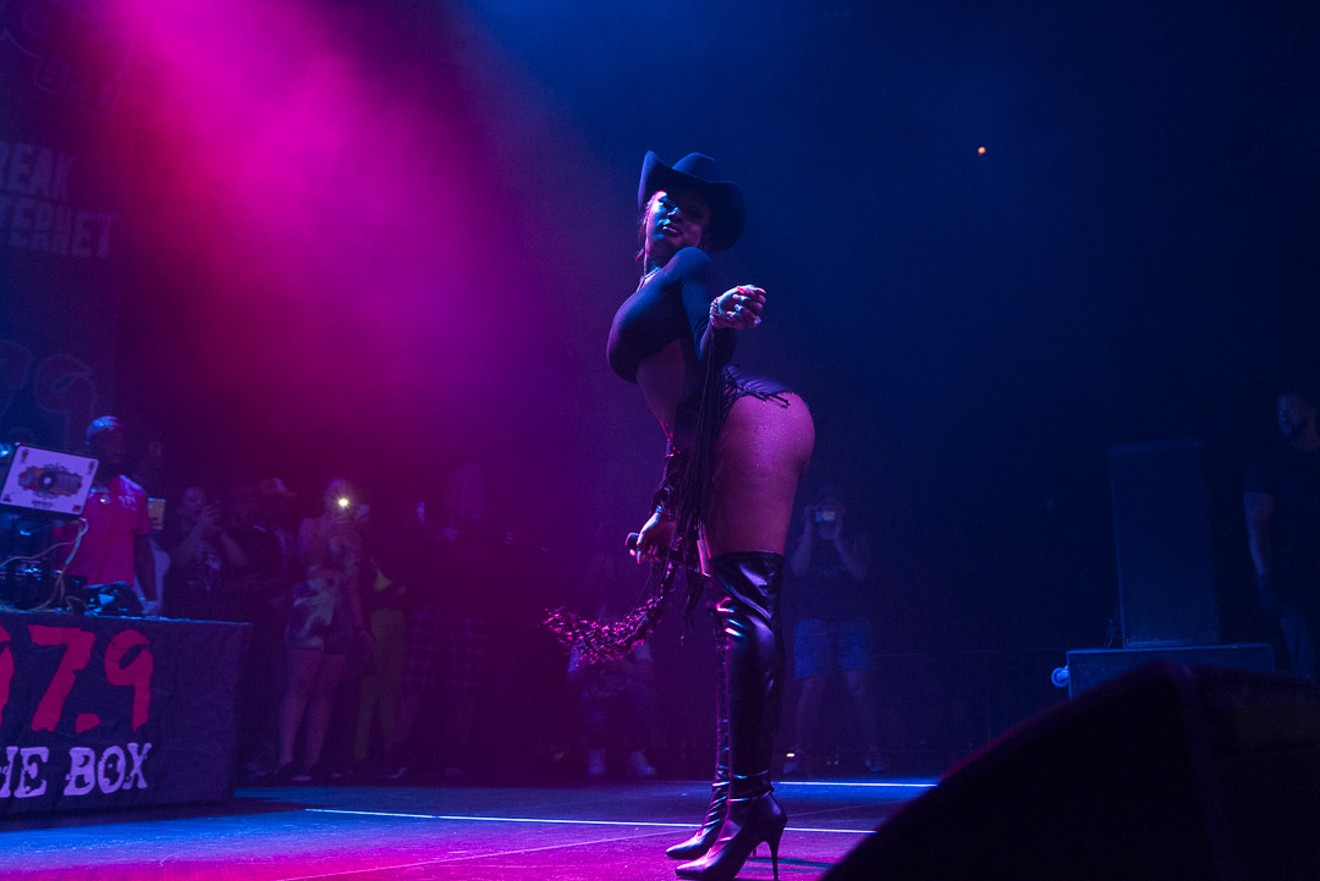 The crowd pressed against the stage in the Revention Center and cheered over 97.9’s Kiotti as he warmed up the audience. Chants of “Megan,” filled the room as the crowd eagerly awaited the hometown MC. Megan Pete, better known as Megan Thee Stallion, sauntered on to the stage dressed head to toe in black. Audience members held up their phones as the piano keys for “Realer” blasted through the speakers. Megan bounced along with the beat and the crowd followed suit as the bass dropped. Megan in boy shorts, a crop top, knee high boots, and a cowboy hat stood center stage, holding the microphone high in the air as the audience recited every word of the songs first verse. 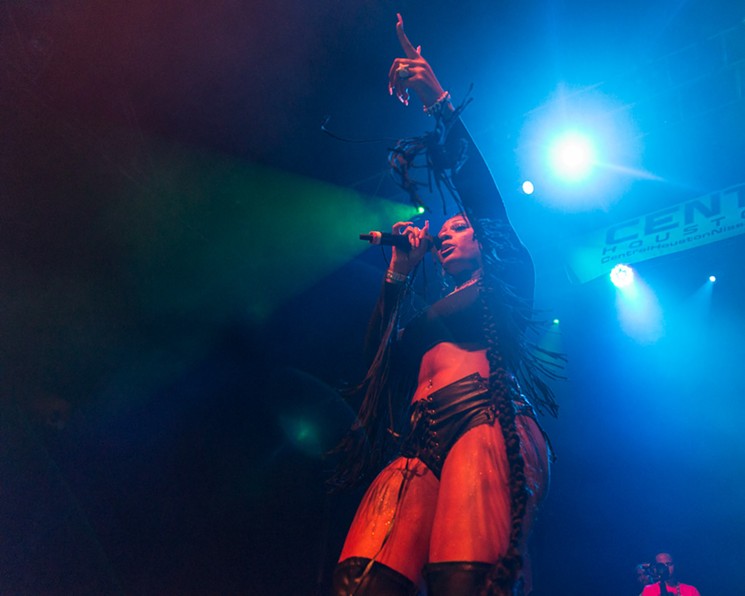 Megan Thee Stallion returns to Houston at the Revention Center
Photo by Jennifer Lake
It’s been three years since the South Park rapper dropped her first mixtape, Rich Ratchet, and in that time, Megan has captured the world’s attention with no sign of slowing down. She’s released three mixtapes with the most recent one, Fever, reaching the top ten on the U.S. charts. Her singles like “Realer” and “Big Ole Freak” appear in the background of hit shows on everything from Netflix to HBO. She recently was named as part of XXL Magazines’ 2019 freshman class and released one of the top freestyles (if not arguably the top) in the group.

In addition, her influence can be felt with the impact of her two catch phrases, “Drive the Boat” and “Hot Girl Summer”, the latter of which has been co-opted by multi million-dollar companies to sell everything from makeup, clothes, and even Wendy’s lemonade. All of this before the release of her first album. This is due largely in part to Megan’s bigger than life stage persona which is confident without being intimidating. Her shows are inviting with throngs of people able to get on stage and perform with the rapper as she moves through her hits.

Friday night at the Revention Center was no different as Megan invited groups of people to twerk along with her during the show.

“I want to bring some hotties up here,” she exclaimed pointing to various clamoring audience members. She stopped at the sight of one audience members stretching a shirt between her arms. “Is that Goku? Is that for me?! Now you have to come up here!”

Once the chosen members were on stage, Megan ran through the Juicy J assisted “Simon Says” letting them twerk and take selfies alongside her to post online.

The concert, named “Break The Internet” was a joint production between 97.9 The Box and Radio Now 92.1 and featured opening acts from Houston that are on the cusp of success. The stations also brought out Los Angeles rapper, Doja Cat, who sprang onto stage excited to be in Houston again. 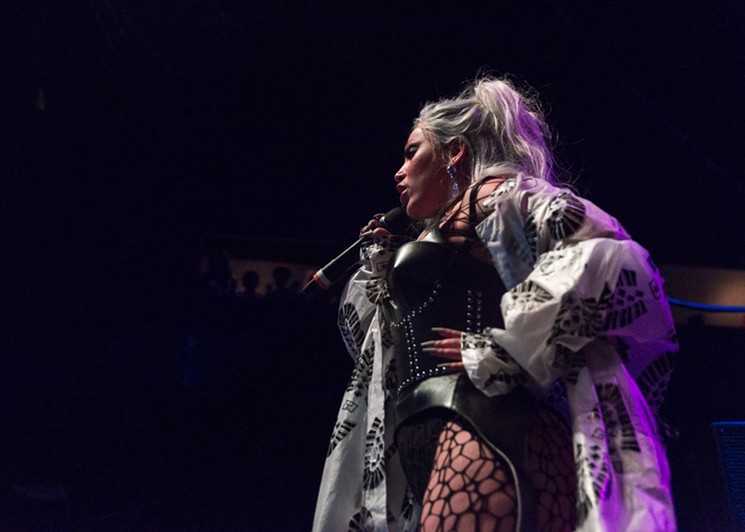 Doja Cat warms up the audience
Photo by Jennifer Lake
“Houston! It’s been waaaaaay too long!” she yelled to roaring applause. “Y'all are a in my top five cities! Probably top 4. I’ve never had a bad show in this town and we're not about to start tonight.”
KEEP THE HOUSTON PRESS FREE... Since we started the Houston Press, it has been defined as the free, independent voice of Houston, and we'd like to keep it that way. With local media under siege, it's more important than ever for us to rally support behind funding our local journalism. You can help by participating in our "I Support" program, allowing us to keep offering readers access to our incisive coverage of local news, food and culture with no paywalls.
Make a one-time donation today for as little as $1.