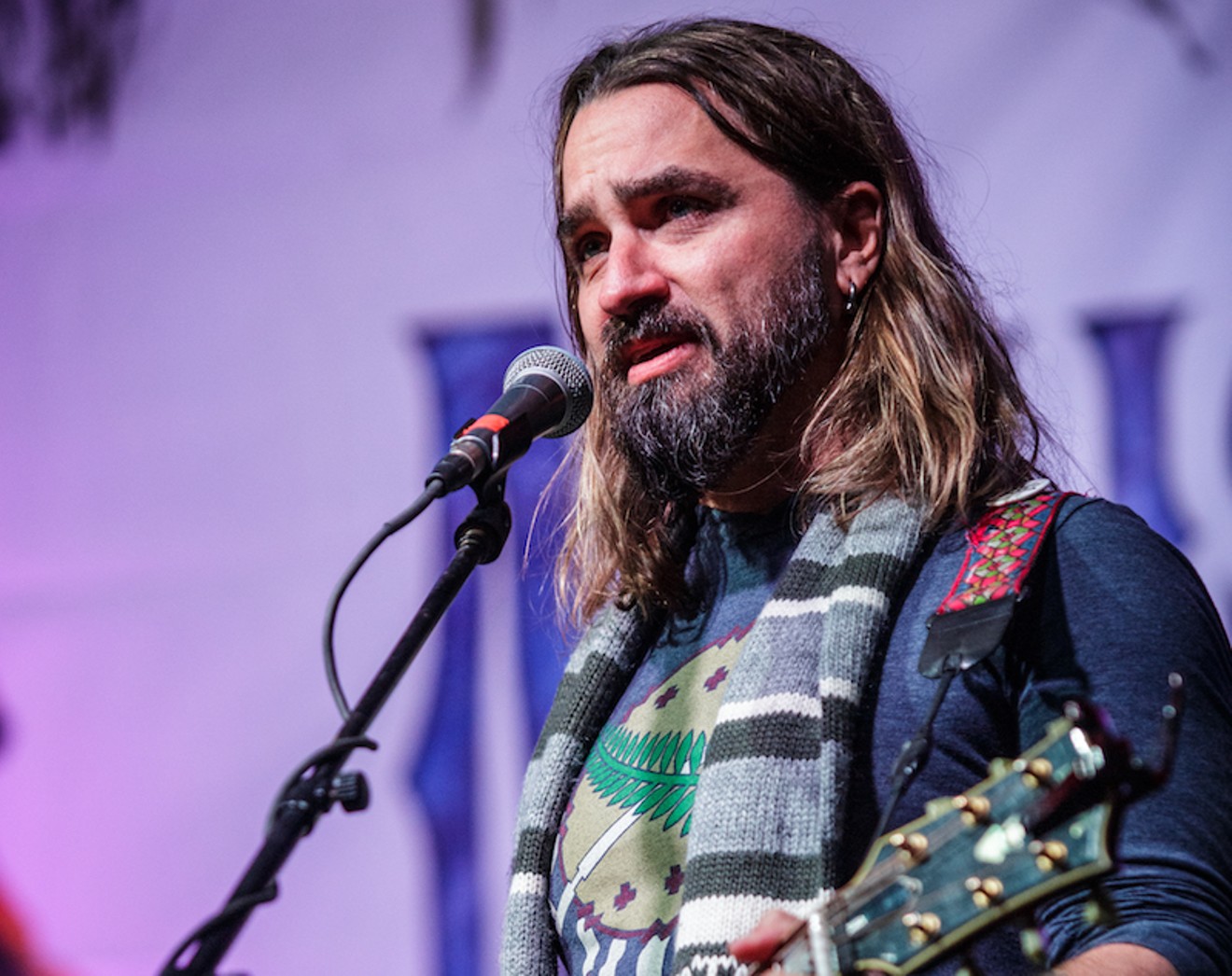 Cody Canada was honored at 2020 MusicFest and the performances will be released on The Years: A Tribute To Cody Canada And The Music Of Cross Canadian Ragweed. Photo By Todd Purifoy
Every January droves of music fans flock to Steamboat, Colorado for the yearly celebration of Americana and roots music, MusicFest. Sadly, this year's festival was wisely canceled but plans for next year are already in the works.

Last year the festival was able to take place prior to the COVID-19 pandemic and organizers decided to pay tribute to Cody Canada and his impressive body of work as a songwriter.

The Years: A MusicFest Tribute To Cody Canada And The Music Of Cross Canadian Ragweed was recorded at MusicFest 2020 and is being released January 22 on CD and vinyl. The Years features heartfelt performances by Stoney LaRue, Wade Bowen, Jamie Lin Wilson, Randy Rogers, Bruce Robison, BJ Barham and Reckless Kelly who performed "Fightin' For."


Canada is the youngest artist to ever receive the honor of a MusicFest tribute and he himself is still amazed. He had been asked to do it a few times over the years, as a longtime performer at MusicFest and good friend of the festival's founder, John Dickson, but the thought of a tribute made Canada a little squeamish.

“It makes me feel like I accomplished a lot early on but I feel like it was too soon,” he says modestly. It was at the urging of his wife and manager Shannon Canada that he finally accepted the opportunity.

“I don't think I’m ‘comfortable’ is the word. I’m just not that kind of person. I don't really like that kind of spotlight. I appreciate people digging the music but sitting in the front row when they did the tribute for three hours was a little unnerving at times.”

Despite the sting of the awkwardness that comes with sitting with a compliment for some, Canada is beyond thrilled that he took his wife’s advice describing how she cried more than he did and the real weight the entire event held for them and their children describing the experience as “humbling.”

“She's been my manager for 22 years. Everything that I’ve been able to accomplish, it’s because of her, because we work as a team.” The couple’s children also sat alongside their parents and even went onstage for a few performances.

Over the years, Canada has also become very familiar with the almost equally nerve wracking experience of being an artist on the stage performing for your musical hero sitting in the audience.

He has played MusicFest for the past twenty years and taken part in fifteen tributes to other artists, including fellow Texan Robert Earl Keen whose tribute was the first and only other to be recorded and released as an album in 1994.

It is impossible to separate Canada and his songs from the success and draw of his previous band, Cross Canadian Ragweed. Though the band broke up ten years ago, fans are constantly holding out for a miraculous reunion and Canada is always having to put out the fires behind rumors of them getting back together.

Canada knew this tribute could have served as the vessel for more speculation behind the future of the band so he addressed it head on with organizers telling them: “If we want to enjoy this tribute and everybody have a good time, let's just make it about the songs not about the band.”

“If we want to enjoy this tribute and everybody have a good time, let's just make it about the songs not about the band.”

Canada and his band mates in Cross Canadian Ragweed burned up the music scene from Oklahoma to Texas and beyond. They are widely credited for the renaissance of the red dirt music scene which originated in Oklahoma blending country, Americana, folk and rock and roll.

Canada describes when he found the sound his band was credited with bringing to a wider audience. “When I first arrived to Stillwater, Oklahoma I knew I was looking at a folk scene but there were also different aspects of it. It wasn’t music that was made to make a dollar, it was music that was made to soothe your own soul, to make people dance and have fun. It just encompasses the whole idea of Oklahoma music as red dirt.”

Canada and his band mates were all in their twenties when the band started and just like many partnerships, he says they grew apart. “We were getting older and I wanted to be more serious about the content of the music.”

Their breakup was particularly hard on their fans, as the band had made a name for themselves based not only on Canada’s songwriting but their electric live performances. He went on to form The Departed where he learned from the audiences that he should not neglect his beloved Cross Canadian Ragweed songs.

It was a friend and fan in California who helped Canada open his eyes and mind to revisiting his older songs when she told him, “It’s not the band we miss, it’s the damn songs. Play your songs.” Canada says he never forgot her advice and listening to The Years, it’s clear why these songs resonated so deeply with so many people.

Throughout the pandemic Canada has stayed busy playing small shows whenever possible and continuing to run his School Of Rock alongside his wife in their hometown of New Braunfels. He is scheduled to perform at The Dosey Doe in the Woodlands on January 30, one of his favorite venues.

Just last week Canada released a new single “Shut Up And Sing” featuring Todd Snider and Kaitlin Butts. In the rocking and politically driven song Canada thankfully does not shut up about his opinions on the last four years of American history and politics.

Canada says he grew tired of others feeling free to give him their opinion but when he was willing to share his own being met with the narrow minded and unsolicited advice to just “shut up and sing.”

“I shut up and sang and what I sang about is how I feel about the shit storm that's happened in the last four years, especially the last year. I feel like I got it out there. I’m probably going to lose some fans.  You get political and it's not on the side that people want you to be on and you lose those fans but then you gain others, it just happens.”

It’s never easy to speak out about politics as an artist, especially when your fan base can widely represent a demographic with beliefs different than your own but Canada is confident in his decision crediting his admiration for newer artists like Jason Isbell and BJ Barham and trailblazers like Bob Dylan and Neil Young.

“I love watching them from the outside thinking, I have to be the same way as these guys. I have to be on the right side of history.”

“If we want to enjoy this tribute and everybody have a good time, let's just make it about the songs not about the band.”

The Years: A MusicFest Tribute To Cody Canada And The Music Of Cross Canadian Ragweed is available now digitally and physically on January 22. Cody Canada is scheduled to perform Saturday January 30 at The Dosey Doe, 25911 Interstate 45, Doors at 6:30 p.m, tickets $18-28