Only Beast Releases an Unconventional Video 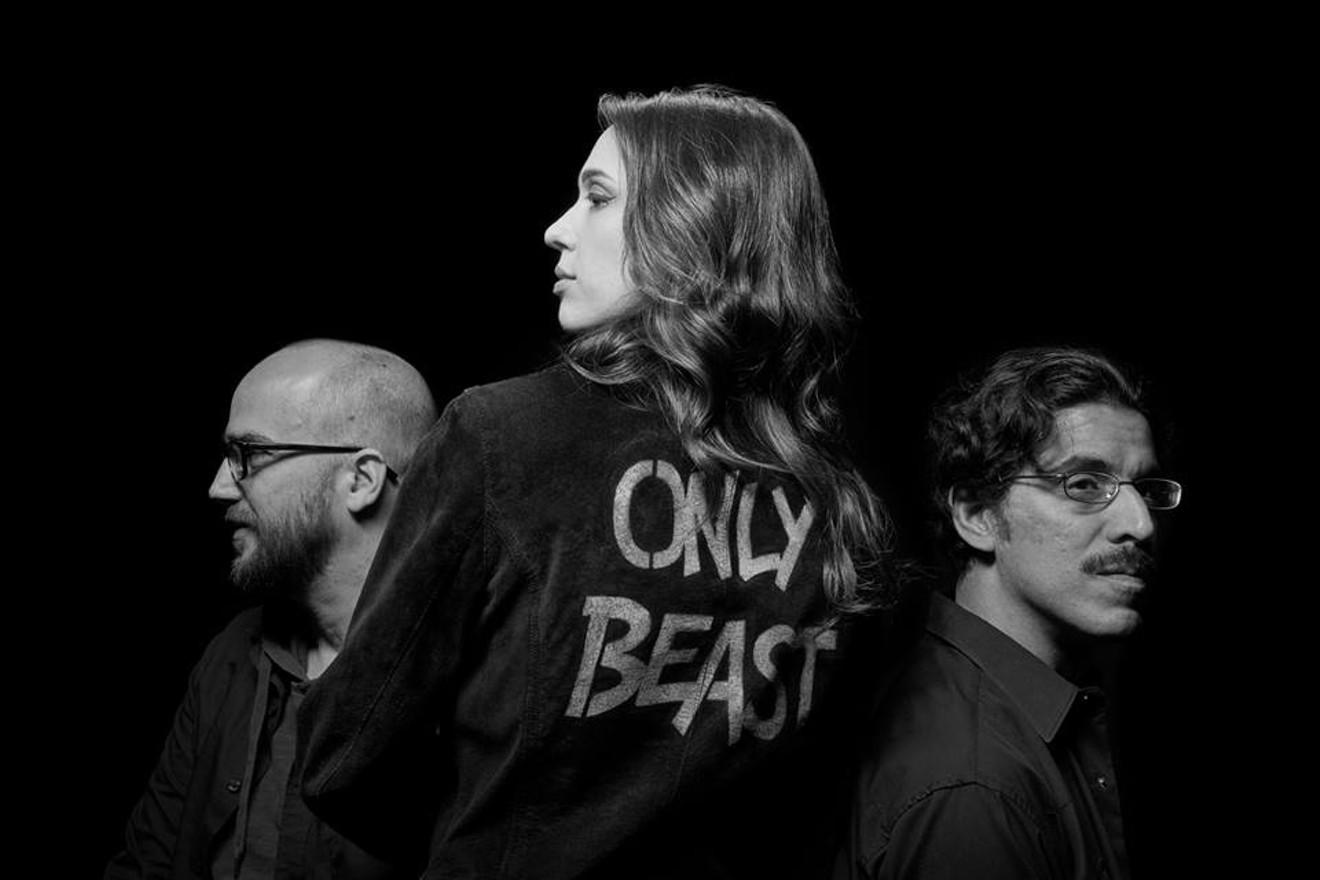 Only Beast is a trio that sounds like a four piece. Photo by Anthony Rathbun

Houston's Only Beast doesn't fit the conventional ideas of what the music industry loves. Essentially rock music, the trio uses blistering vocals, snappy drums, and piercing guitar to create and shape the tone of their music. On their latest release Again, they proved that they could wow anyone who took the time to place a needle to the vinyl.


Now, the band has released the first video from the album for the track, "Any Me." As different as their overall sound, the idea of the band being groped and grabbed at flows just like the chord progressions the band utilizes. Shots of the band performing are intertwined with clips of them being pulled at by mysterious hands, though the band keeps soldiering on just like the way they operate in today's music climate.

You can stream the video above, or you can purchase Again from most record shops throughout Houston, or directly from the group's Bandcamp page. Only Beast is set to headline Barkerpalooza at Spruce Goose on August 11. The 21 and up show has sets from The Social Flood, Cheers To Good Problems, and Run Program. Doors at 8 p.m.; tickets $5 to $7.
KEEP THE HOUSTON PRESS FREE... Since we started the Houston Press, it has been defined as the free, independent voice of Houston, and we'd like to keep it that way. With local media under siege, it's more important than ever for us to rally support behind funding our local journalism. You can help by participating in our "I Support" program, allowing us to keep offering readers access to our incisive coverage of local news, food and culture with no paywalls.
Make a one-time donation today for as little as $1.