Noga Erez Covers the Canvas With Vibrant Colors on KIDS

Noga Erez Photo by Dudi Hasson, courtesy of The Oriel Co.
Noga Erez is a recording artist, but the way she talks about music recalls an abstract painter discussing the point of what she’s committed to canvas.

“I would like to say something very superficial. I just want people to enjoy the music. The first thing that I want people to experience is that they are connecting to the music in a way that is not at all intellectual,” she said. “I’m not searching for any message to be coming through, I’m just searching for this energy to touch people and make them feel whatever they feel and see if it changes anything with their state of mind.”

Erez’s latest exhibition of this expressionism is titled KIDS and it’s taken the art music world by storm. The Israeli artist has a massive following at home and the new album, released in March, has her playing her first proper North American tour this fall, including festival dates like Firefly Music Festival and the Austin City Limits Music Festival. We caught up with Erez by phone and on the road following two sold out shows in New York City. She told us about the music she’s making and one song of particular brilliance in her life.

“I’m hoping to be able to play music to as many people as possible. I come from Tel Aviv, Israel and back in Israel our situation is that we play to tens of thousands of people,” she said. “Here it’s kind of like going back in time, you know? It’s weird and kind of humbling going back to 400-to-700 capacity venues, but I just hope to be able to do the slow, long run here to collect people, to have more and more people get exposed to the music because of our touring.

“I feel like specifically with us the shows are just such a great way to get people introduced to the music. The live show is really, really great and really thought out. This is what I’m hoping, and I’m hoping to meet nice people because that’s what I’ve seen up until now, really nice and generous people.”

People have been saying nice things about KIDS, the 2021 follow-up to 2017’s Off the Radar, which introduced a global audience to the bold strokes of pop, electronic and hip-hop music Erez and her collaborative partner Ori Rousso produce. We asked if living in Tel Aviv has informed the music in a specific way.

“You know, Tel Aviv is like a high tempo city and it’s like non-stop. You can basically wake up in the middle of the night and want to go somewhere, you’ll always have somewhere to go. There’s something very hectic to it. And because it is also like a very, very small place – I think we have probably like under 500,000 people that live in Tel Aviv – it feels a bit more like a community rather than a city, because everyone knows everyone. Everyone are like celebrities over there,” she said.

“The weird thing about Tel Aviv for me is I do not look for clubbing or going to bars. I do not do that. And then, you would think, so why would you want to live in a city like Tel Aviv? That’s a lot of what you do. I don’t even go to restaurants. I like having the city around me so hectic but to be able to watch it from my quiet apartment. 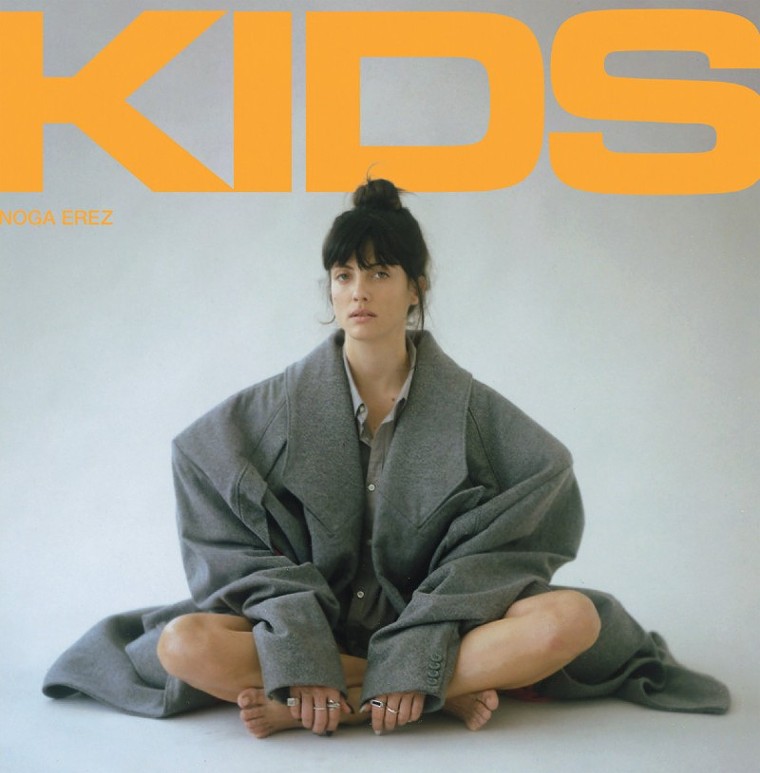 “I think something about the intensity of Tel Aviv but also Israel generally obviously blends into the music, into the sounds,” she continued. “I don’t know how particularly — I would just very cautiously say how aggressive it could be sometimes. That is the most that I can do to try to describe with words how a place can influence my sound.”

It’s a good description, especially the notion that Erez is the centrifugal force for the energetic music she’s commanding from a peaceful center. At this stage in her career, the music and her presence come off as utterly confident, by-products of her long history in music as a student at the Jerusalem Academy of Music and Dance and while performing as part of the Israel Defense Forces’ military band. Off the Radar spawned a couple of singles that broadened her audience, the title track and “Dance While You Shoot,” which was featured in an Apple Music ad.

“I’ve been making music my entire life, but this specific project, Ori and I started it seven-and-a-half years ago. So, we have been working for a long time and what we have been experiencing up until now is baby steps. It hasn’t happened very fast. A lot of work has been put into it and we have been experiencing kind of a leap with KIDS which we both feel like it came just on time, because I feel like if Off the Radar got so much attention and I got so much attention around Off the Radar, I would not have been able to manage it the same way that I can manage it right now.

“I’m so mature,” she added. “I’m 31 years old. I’m fucking old for this business but still I have so much hunger and so much appreciation to every single person who comes out to the shows, and I feel like when things happen so fast you can lose a bit of that appreciation. That is why I love how things have happened to us and that we made every single step of the way. And, there’s still such a long way to go.”


Erez said it’s been thrilling to watch her audience grow, but that growth has also put her in sometimes uncomfortable places. Case in point, over the summer she did an interview and was asked an overtly political question. She said her response was taken out of context and the story resulted in confusion and hard feelings.

“I still have a lot to learn when it comes to how to speak with the media. That was what I learned from what happened to me in the last couple of months. It was an extremely traumatic lesson. It was painful. The backlash was so, so hateful that for a couple of weeks I was scared,” she admitted. “But then at some point I was like I have to learn something from this because it was painful. You know, whenever something is painful, I have to grab that opportunity. That’s just the way it is.

“What I’ve learned is sometimes the things that you want to say, they need to be said in a way that people can hear them and also that many times many people will not be liking what I would say and that if I want people to like me I should talk less. But I’m not in it for people liking me. It’s not what I’m about,” she added. “So, I still do need to learn how to phrase a sentence in a way that it cannot be chopped and edited and translated the wrong way, which is an art. It’s just something that’s not so easy to do.

That wisdom might explain a little about the song of particular brilliance Erez shared with us.


“When I started to think about this, it was the first song that came to mind and it’s a very recent one, so I’m happy about that because I used to answer those questions with oldies, the ones that I grew up on,” she said. “So, ‘Life is Not the Same’ by James Blake — he literally just released it and I played that song one time and I fell in love with it, so I didn’t need any time for it to grow on me.

“It’s just a really beautiful and sad song and it’s just so beautifully composed. I thought it was about a break-up, you know, talking about someone who left you, but you had like a romantic relationship. That song talks about losing a friend, losing friendship with someone, which is a topic not many people tend to write songs about. I just think it’s just so — obviously like James Blake — meticulously produced and it has something that really touches me on an emotional level. Whatever he does there, it just pushes the right buttons in my psyche.”

That’s the point of art, as Erez sees it. You pour everything out — onto a clean canvas, into a record, in the lines of a book or otherwise — and send it into the world for others to experience with the hope it’ll foster some curiosity about its intent. KIDS is not an abstract album, even if its themes aren’t as pointed as those Erez addressed on Off the Radar.

“Later on, if something resonated with them to a point that they want to really understand what the lyrics are about, etcetera, then yeah, I would love for people to read the lyrics and understand that this world needs to be taken with a lot of forgiveness,” she said of KIDS’ thesis statement. “There’s a lot to be forgiving towards. There’s a lot of bad shit happening in the world and to be fighting and being angry and being against all the time - which was that Off the Radar era of my life.

“I think sometimes anger is an energy that needs to be brought and it’s okay, but also I feel like just being more forgiving and knowing that we were all kids up until not so long ago, that we do things because we learned how to do things and that everyone deserves a second chance, even if they did some crappy shit.”
KEEP THE HOUSTON PRESS FREE... Since we started the Houston Press, it has been defined as the free, independent voice of Houston, and we'd like to keep it that way. With local media under siege, it's more important than ever for us to rally support behind funding our local journalism. You can help by participating in our "I Support" program, allowing us to keep offering readers access to our incisive coverage of local news, food and culture with no paywalls.
Make a one-time donation today for as little as $1.