Past, Present and Future Of The Blues: Photos of Live Music in Texas at FotoFest 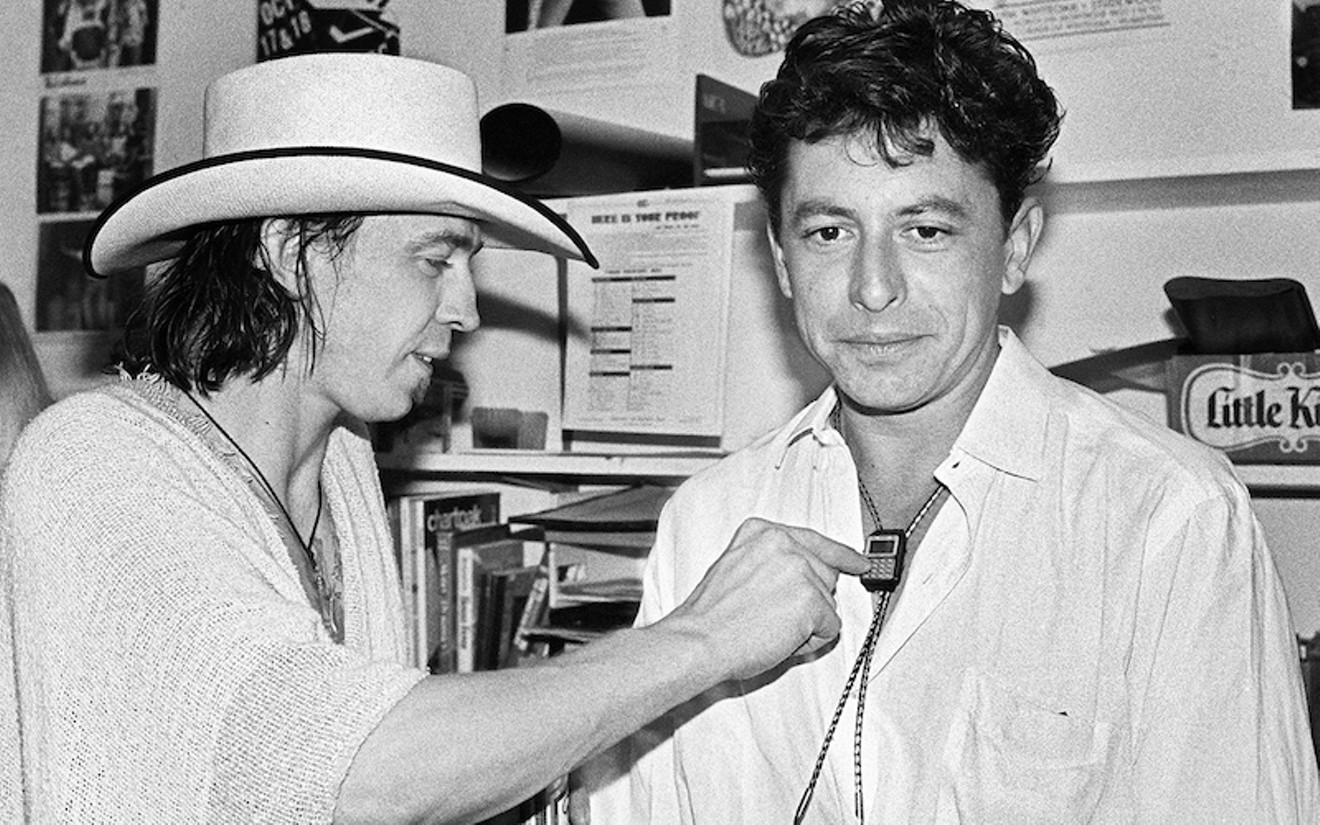 “Time is relative and it's a constraint that we put on the universe,” agrees Hart. “It’s not real. If you're a particle, it doesn't really matter what time is and we're all made of them.”

As part of Houston’s FotoFest this year, the international photography festival which takes place here every two years, Hart will be hosting a special event with Past, Present and Future where she will be showing and selling prints from her long career photographing live music in Texas and launching her 2023 Stevie Ray Vaughan calendar with a special event.

Past, Present and Future will take place on Friday, October 7 at Rockefeller's with the event running from 6 p.m. until midnight. Calendars and prints will be available for purchase as well as a Q&A session with Hart beginning at 8 p.m. and followed by a special performance by Houston’s John Egan.

Attendees will be able to view and purchase her prints at a discounted rate and one lucky attendee will win a special archival print of Stevie Ray Vaughan clowning around with none other than Joe Ely from a 1985 encounter backstage at Fitzgerald’s. The image was used in the calendar for the month of July.

“I was so lucky to be there,” says Hart. “It was a real blessing to be around at that time. Stevie was playing at the Music Hall downtown and we invited him to come over to Fitzgerald’s and play a few songs with Joe and of course backstage was the real fun,” says Hart of the playful image of Vaughan calculating god knows what on Ely’s calculator bolero.

Hart and Vaughan became friends after she was sent over to Fitzgerald’s to photograph the up and coming guitar hero by her former gig with Public News, a now long gone local paper for the city.

“I was just blown away at sound check,” she says of her first impression of Vaughan. “I know he did “Voodoo Child” and I always wanted to photograph Hendrix but I was too young. I was just like, oh my God this guy is incredible! I got to talk to him and we hit it off.”

Hart’s images of Vaughan were collected for a book titled, Seeing Stevie Ray which was released in 2020 when Hart also had scheduled events as part of FotoFest before the pandemic rolled around and shut everything down.

“It’s like SXSW for photography,” says Hart of FotoFest, which she has been involved with since 1986. This year’s title for the festival is If I Had A Hammer, referencing the famous protest song by Pete Seeger and Lee Hays.

In the collections on display across the city, artists explore the many facets of cultural celebration, destruction and appropriation that have sometimes unknowingly taken shape by people accepting and perpetuating the very systems that feed the unhealthy machine.

Hart’s collection of photographs embody the concept as applied to blues music as she has photographed and collected for this show images that represent the past, present and future of music. Hart describes Vaughan and others who will be on display for the event as being clearly the past while players like Gary Clark Jr, Eric Tessmer and Sue Foley are the present and artists like Fantastic Negrito serving as the future of blues music.

Selecting Rockefeller's as the home for her event was a natural fit as Hart has not only has photographed many artists there but also often participates in print giveaways during concerts of the very artists she has photographed.

“Rockefeller's just seemed like the appropriate place,” says Hart. “The musical history and the building history. Strangely enough I never saw Stevie there. I always saw him in Fitzgeralds, in Austin or the Sam Houston Coliseum but I saw the Fabulous Thunderbirds there and I actually saw them before Stevie.”

When asked how she selected photos for the 2023 calendar, Hart says she did try to use images that were taken in the month they represent in the calendar but more importantly, selected images that she felt represented the quality she was looking for while showing a pre and post sobriety Vaughan.

“After he got sober he definitely followed the 12 steps and definitely did anything that he could to help people who suffered the same thing that he had and that continues to this day,” says Hart recalling the many messages of inspiration that she receives from Vaughan fans who credit him with their own sobriety.

“I didn't get clean until after Stevie had passed but he was an inspiration to me as well. It’s a thing that a lot of people say and it's true, if he could do it anybody could do it because oh my God, he used to do amazing amounts of coke and drink.”

Though Hart does shoot in color and now uses digital methods to improve the quality of her work, for this collection she focused on her intentionally black and white shots which she explains were not necessarily an artistic approach but more so a way to compensate for the poor lighting and effects it had on color film she used at the time she captured these images of Vaughan.

When asked what makes a good concert photograph Hart says, “Capturing the spirit. Just showing the essence of the person you’re photographing or whatever you're photographing.”

Hart not only has photographed musicians but also works in architectural photography. Later this year she will be hosting a two part workshop at Precision Camera & Video in The Woodlands where participants can learn about her approach and get a chance to practice with a live performance by Eric Tessmer.

No matter the subject, she assures the importance is in capturing its spirit which is not always bound by time. “You think about all the spirits that have gone before, all the music and art and I often wonder if a photograph is already there and it's just waiting for someone to capture it.”

Past, Present and Future will take place on Friday, October 7 at Rockefeller's, 3620 Washington, 6 p.m, free to attend.  Q&A begins at 8 p.m, performance by John Egan at 8:45 p.m.
KEEP THE HOUSTON PRESS FREE... Since we started the Houston Press, it has been defined as the free, independent voice of Houston, and we'd like to keep it that way. With local media under siege, it's more important than ever for us to rally support behind funding our local journalism. You can help by participating in our "I Support" program, allowing us to keep offering readers access to our incisive coverage of local news, food and culture with no paywalls.
Make a one-time donation today for as little as $1.