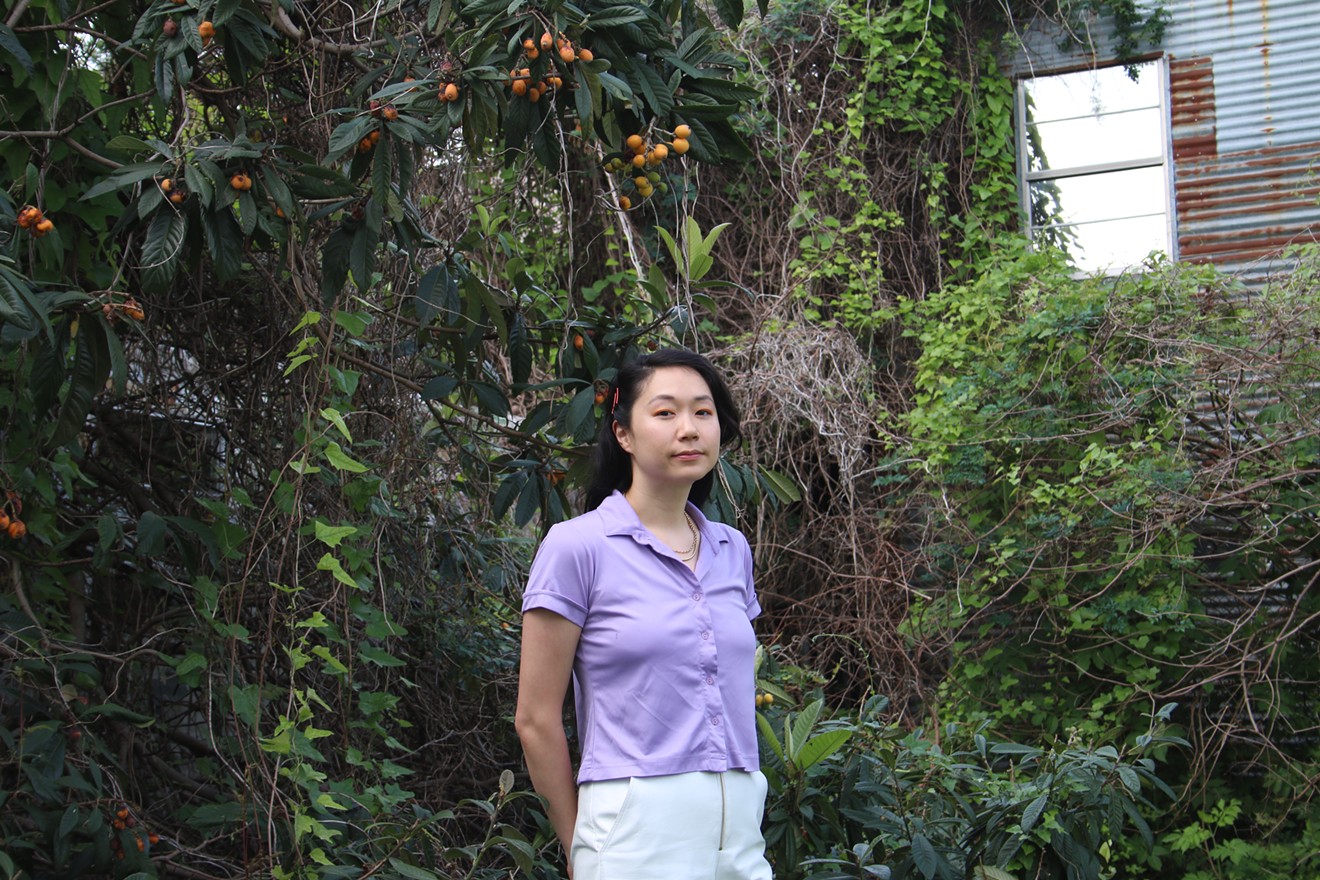 On a Thursday morning, just shy of two weeks from traveling to South Korea for the first time since she was adopted at four months old, local indie-electro artist Mandy Clinton, also known as Pearl Crush, sits on the Hemphill Street side of Catalina Coffee. While zooming cars on Washington Avenue and chirping birds overhead create an oceanic city symphony, the articulate, collected, demure musician plays with her hair more than she sips her iced oat milk flat white as she discusses her aquatic themed music video in support of her single “True Blue” from her 2018 Coax Me Out EP.

Inspired by Hong Kong filmmaker Wong Kar-wai, the video has been a long time coming. Clinton says that over the course of its two-and-a-half-year creative process, she and her creative partner Lindsey Cooper-Trevino scouted several locations including along the bayou, inside her practice space, and the roof of her mom’s downtown home, but always knew they wanted to film at Fish Gallery.

As an independent artist constantly on display on social media platforms already inundated with content, Clinton says she identifies with the voyeurism of being observed in a fish bowl.

"True Blue" was one of the first songs Clinton wrote for her Coax Me Out EP, dating back to 2016.
Photo by Lindsey Cooper-Trevino
“I felt at the time very kind of, like, fetishized as, like, an Asian American woman who was, like, trying to play music. And so, I think there was this element that was kind of, like, in a way, like, I felt like I was kind of like the fish,” says Clinton. Though she never had a pet fish, her eyes light up as she describes the various color schemes of the Koi fish, almost pantomiming painting a canvas midair.

“I get like very fixated on certain colors at certain times in my life for whatever reasons. And then, like, those colors, like, start dictating everything and it’s kind of all, like, in my head.”

Clinton says that listeners might interpret “True Blue,” an ethereal, heartfelt ballad from her most recent EP, as a love song; but the song holds a different meaning for her.

“I mean, blue is kind of, like, a sad color,” she says. “But it’s also tender. Like, it’s, it’s sort of, like, a sad and tender song about, like, finding your people and how that can be kind of – there can be a lot of heartache involved in that. A lot of disappointment. But then ultimately when you find those people, like, you know that’s, like, what it’s all about.”

When asked if she has an affinity for the Madonna tune of the same name, Clinton logically deducts: “No. I don’t even know. I don’t know it. Do I know it? I probably do but…”

After hearing a snippet of the ‘80s classic: “Oh. I know that song. But I don’t have a relationship with it.”


Follow Pearl Crush on Instagram @pearl.crush. You can stream her “True Blue” music video in our story above and her Coax Me Out EP below.