Fallon Franklin's Got Talent and an Inspiring Story To Share 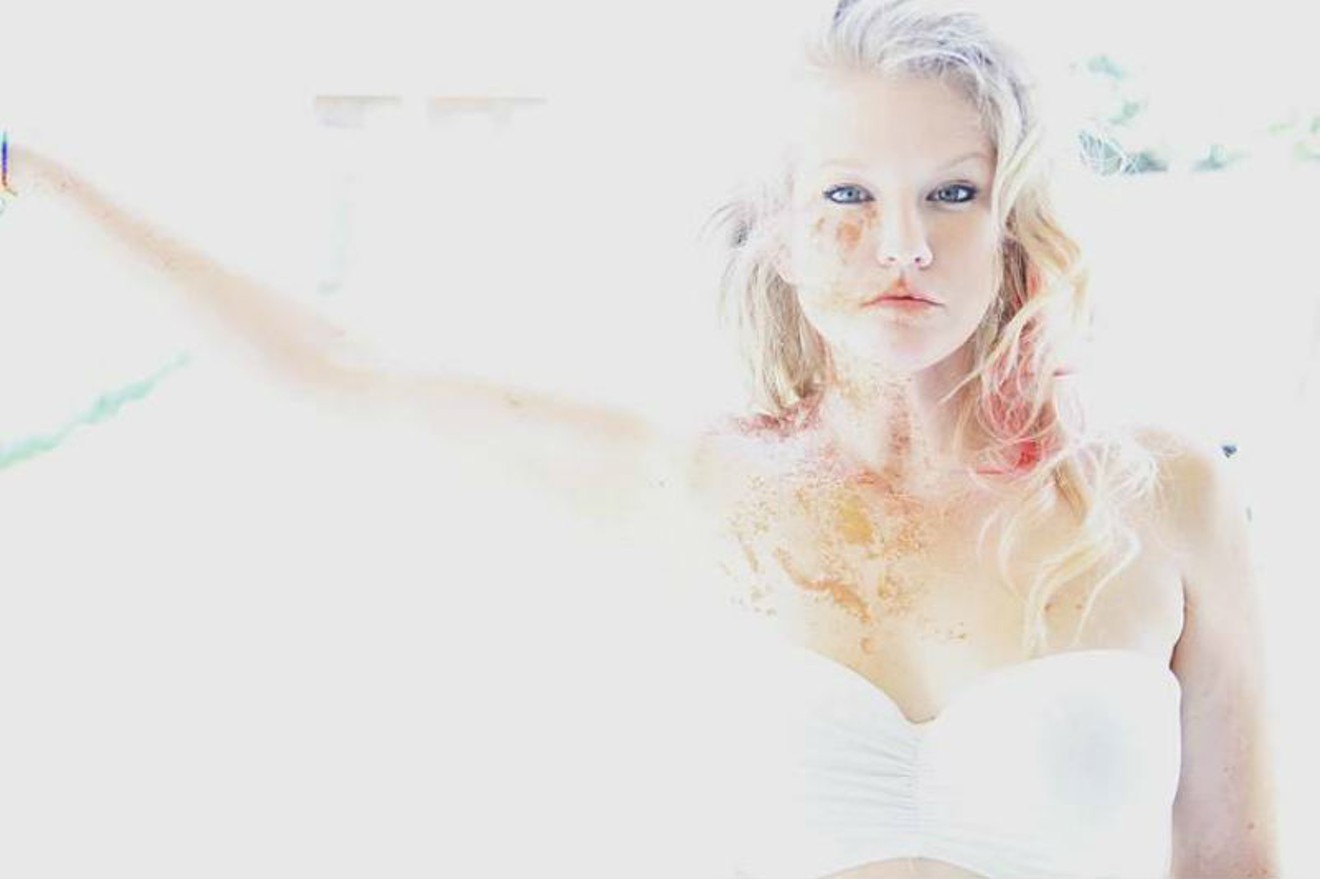 If you watch those network television talent programs, it’s easy to believe a gifted singer, especially one whose pretty voice and face help them advance in the competition, is on the fast-track to fame and fortune. As viewers tune in and build an affinity for the performer, we begin to wonder what great things lie ahead for such an artist. We imagine rich record deals and global stadium tours. Fallon Franklin, who competed on America’s Got Talent, shed some light on the reality behind these reality TV competitions.

“I have been recognized quite a few times from the show. Not long after the show aired a woman walked up to me at H-E-B and said, ‘How has your life changed, are you going to be famous?’ I said, ‘I’m in a muumuu on a Tuesday at H-E-B,’” Franklin laughed. “I was in it for the exposure and growth and not the fame, so it’s just a great story that I have added to this crazy book that is my life.”

It’s an interesting chapter to that page-turner, but not even close to the most dramatic. The Austin-based singer- songwriter doesn’t shy away from the challenges she’s overcome since her star turn on the 2007 season of AGT. She’s performing Friday at Red Brick Tavern in Conroe and her set will draw heavily from Giving Up the Ghost, the 2016 album which draws heavily from her personal experience. The last decade has been fraught with difficulty for Franklin. Writing the album was a therapeutic exercise for her. For listeners, it’s an emotional step-by-step journey from victim to survivor.

If you had to qualify her music to a genre, she guesses it would be Americana. There’s a bluesy, soulful aspect
to the songs that suit her expressive voice. Her influences range from Stevie Nicks and James Taylor to Patty Griffin and David Ramirez. But, she culls from a broad interest in music and is as comfortable belting out a Soundgarden song or Blackstreet’s “No Diggity” during her sets as anything in the Americana realm. Her interest in music developed early in life and was homegrown. 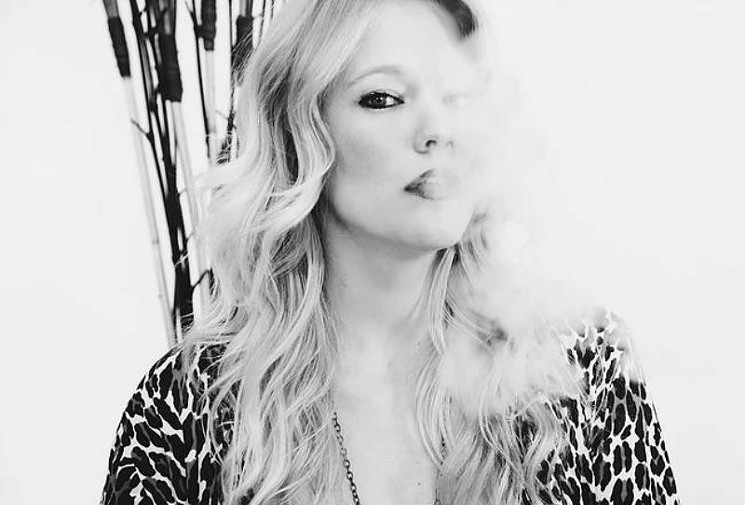 “My grandfather was a Texas swing guitarist and so, on my father’s side, music was a part of every family gathering. I am also related to Grammy Award-winning fiddle player Larry Franklin. My cousin is also Freddy Powers, who was a part of Merle Haggard's band for years. So, I’ve got the DNA for sure,” she says. “However, their genres are very different than mine, so I was never able to rely on their connections or affiliations. I had to pace my own way and I am also proud of that.”

Along that path, she wound up performing on the second season of America’s Got Talent. She advanced from her initial audition but was ultimately eliminated, but not before drawing praise from the judges, like Sharon Osbourne, who noted Franklin’s “brilliantly organic,…pure, crystal-clear voice.” But Franklin said, aside from the TV exposure and those nice words, the program offered little else. For instance, she said, being critiqued on the show enhanced her stage fright thereafter. It’s something she still struggles with, she said.

“There is absolutely no mentoring, which really surprised me. No guidance. In fact, they would ask you questions and if they didn’t like what you said, they would tell you you needed to say something else. You play a part. I was the wholesome country girl from Texas. I always want to grow as a musician. If I am on reality TV again, I hope it’s with a show that mentors and can help me grow in my art. Otherwise, I’d just be along for the ride again, and I don’t have that in me now.

“I did learn from the show that you can’t base your worth on what competition you win or how far you get because TV is an industry,” she continued. “I hope to have that opportunity again now that I am older and have more experience and life under my belt. It would be an entirely different experience for me now.


“Also, I wouldn’t be hassled by David Hasselhoff,” she confided. “He was a handful on my show and showed me the seedy underbelly of the music industry. Some people expect things from you in return for moving ahead. My integrity stood in my way, thank God. I could never put aside my heart and values for accolades or promises of climbing the ladder.”

For Franklin, Hasselhoff’s behavior was just the beginning of her man troubles. What happened next was far more unnerving.

“I was with my ex-husband for 23 years, married for 10. Come to find out, he had been living a double life which included too many other women to count,” Franklin said. “My life crumbled, but in that darkness I survived the only way I knew how — through writing and performing. This record literally kept me alive. Knowing I was possibly writing something that would help someone else in an abusive relationship kept me going.”

Franklin learned of her ex’s indiscretions from the Ashley Madison website leaks. Giving Up the Ghost was written in the year following that revelation. Over 11 tracks, she bares her soul. The songs are presented in chronological order of the events from that year. She refers to the collection as “my life in survival mode” and says her approaching album “will be about getting out of the darkness and navigating life after the trauma. I’m excited to start planning that record for this summer.”

The process of writing the new tracks has been less painful, she admits.

Franklin's emerging from the darkness into the light through music.
Photo by Eryn Brooke, courtesy of Fallon Franklin

“This year, I have really dove into many different genres and it’s been a blast writing in different genres and seeing where the songs end up,” she said, noting she hopes she’s following the lead of the songwriters she’s enjoyed. “Good music is timeless and music that is emotional connects with me. So many songwriters are afraid of affecting their reader. That isn’t a concern with me whether listening to music or writing. I don’t make a conscious effort to preen my songs until they are watered down and the artists that interest me don’t do that either.”

She said her live set has the same raw honesty and that it’s been well-received on her excursions here.

“I adore playing in Houston. Houston is so hungry for original music. Austin is so saturated with musicians, so there is live music everywhere. People here take that for granted. In Houston, my listening crowd really comes out to support me and that means the world to me,” she said. “A lot of my biggest supporters call Houston home!”

Her sights are set on Houston this week, but Franklin is also eyeing another big city east of Austin this year.

“I am currently working on a publishing deal. I have a few connections in Nashville for songwriting and I am hoping to move in that direction now that I have two kiddos,” she said. “Touring is hard on a mama and the last couple of years I have written more than I ever have in my life. It’s been an exorcising of demons, so to speak, so songwriting has now become my first love.”

It’s been a decade since she performed on America’s Got Talent. We asked where she’d like to be career-wise ten years from now, with the challenges of the last ten edging further away all the time.

“I would like to have a publishing deal writing my own music and music for other artists to perform. It has to be the most amazing feeling to hear your song sang by another musician. I have yet to have that experience. I hope to. Who knows, maybe my first Grammy will not be from singing but will be a song that I wrote,” she ponders. “Until then, I’ll keep trucking and doing what I love. Always will. Anything else, icing on the cake.”