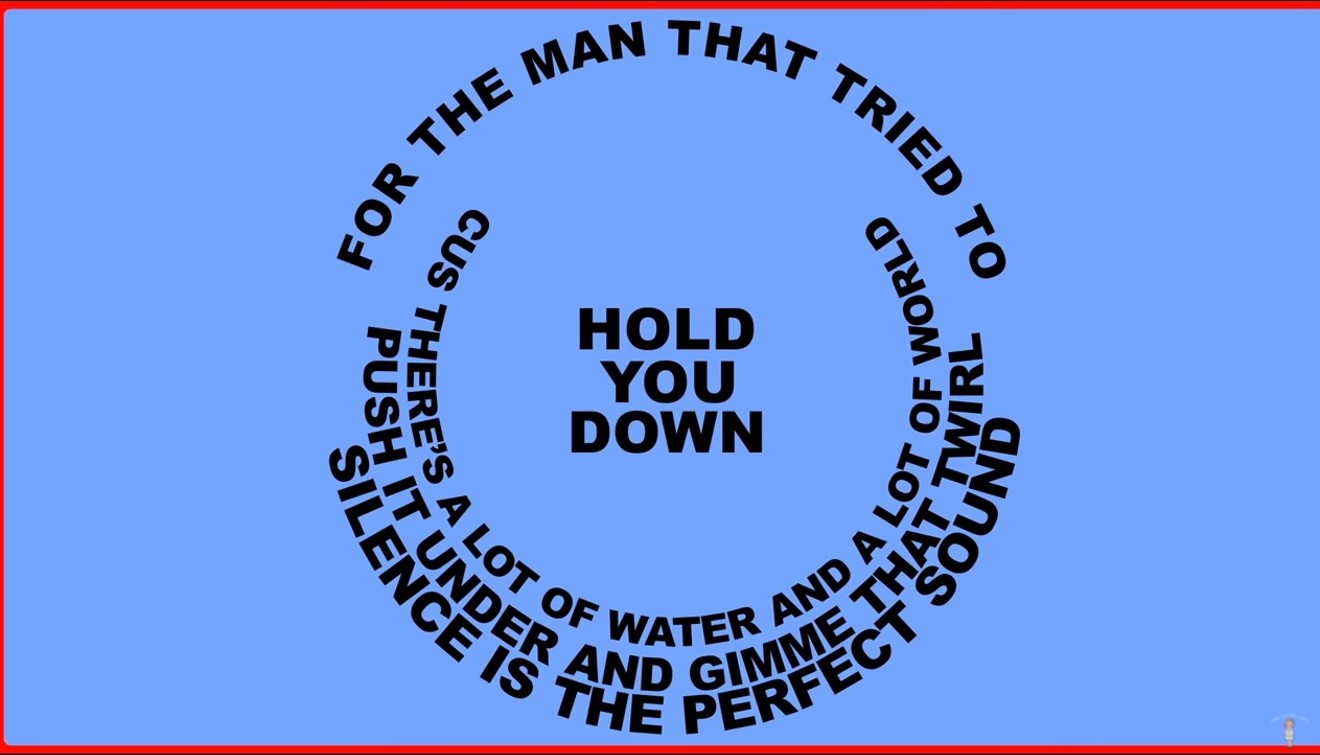 Get ready for a sonic kick in the teeth Screencap from the "Poor Boy" lyric video
Here’s one definition of the term privilege: the idea that the radioactive nightmare around Brett Kavanaugh’s nomination to the Supreme Court by Donald Trump is over. It ain’t. The noise is over, sure. The event is over.

However, as Zoe Quinn once said about GamerGate, August never ends. In the gears of the machine Kavanaugh is a chronic social condition. The woman who braved the system to accuse Kavanaugh of sexual assault is still under threat while he sits on the highest court ion the land. She has to have private security and can’t go back to work as a professor. Meanwhile, a legion of legal cases that will define the lives and rights of American woman crawl towards the bench where Kavanaugh sits, presumably to rule with the same compassion and respect for women that he has shown throughout his judicial life. Namely, not much, and it’s going to go on for a generation. I hope y’all brought snacks.

Enter The Regrettes, a punk band out of Los Angeles fronted by Lydia Night (Pretty Little Demons). They’ve released a new single inspired by Kavanaugh, and it is a doozy. The lyrics are an absolute chainsaw massacre of rape culture-destroying rebellion. The first time I heard Night scream “Silence is the perfect sound for the the man that tried to hold you down” I got shivers. I haven’ heard this subject tackled so well since MILCK’s “Quiet." That track is a more somber anthem, though, owing to Connie Lim’s dual themes of rape and mental illness. “Poor Boy” is a shot in the dark laser-focused right on the accusers who walk free.

“’Poor Boy’ was written at a time of being completely fed up and disgusted by all of the awful humans who think it’s okay to assault and rape others,” says Night. “This one is for Kavanaugh and all the other nasty men who think that this behavior is okay in any capacity. We won’t accept it and we will continue to fight against it.”

The song does its part as a battle cry, but there’s more to it than that. The lyric video encourages viewers to contact the Rape, Abuse & Incest National Network (RAINN) for help or to donate to the organization. Founded in 1994 and promoted heavily by singer Tori Amos (herself a rape survivor) in 1994, the group runs a helpline and promotes justice, education and counseling. Their confidential hotline number is 800-656-4673 or you can visit Online.Rainn.Org.

Watching artists fight back against the current miscarriages of social justice being perpetuated by the men in charge is always a thrill. The Regrettes’ new track amplifies the voices lost in the roar around Kavanaugh’s appointment, and let’s hope the chorus is correct that these women are coming for him and the people who enable alleged sexual assailants to near-effortlessly reach the upper echelons of power.

Sing on, Ms. Night. Here’s that lyric video below.