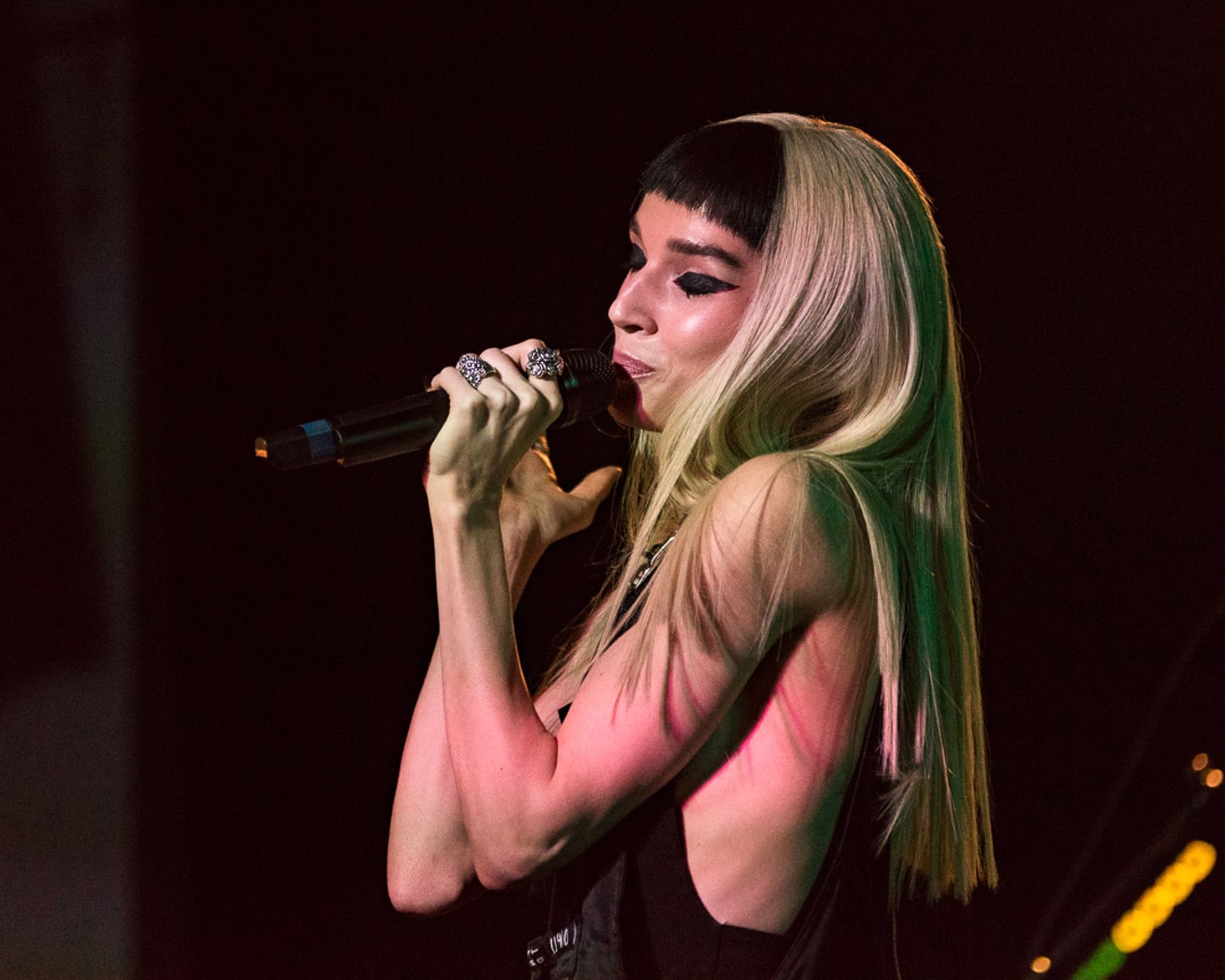 Halloween might be over but the scariness continued at Warehouse Live on Friday night with musician and famed internet personality Poppy.

Beginning her career in 2014 with a series of YouTube videos such as her saying “Hi, I’m Poppy” in different ways for over ten minutes and “making” a gilled cheese sandwich with a clothing iron that wasn’t plugged in, the Los Angeles based artist built up her oddly cute “robotic” persona, eventually making her way into music.

With a wide range of styles including bubblegum pop, reggae, and Washington University School of Medicine polysomnographists (sleep scientist) co-written ambient “music to sleep to,” Poppy’s newest musical venture is heavy metal. Teaming up with New York rock group Blame Candy for her band, the 24-year-old singer, actress, model, and religious leader, has fully embraced her darker side.

Poppy released a few heavy metal tracks on her past albums such as “X” the finale to her 2018 Halloween release Am I a Girl? and “Scary Mask” featuring Jason Aalon Butler of the hardcore-punk group Fever 333, but after finishing up a recent tour opening for deathcore metal band Bring Me The Horizon, Poppy was in full heavy metal form Friday. 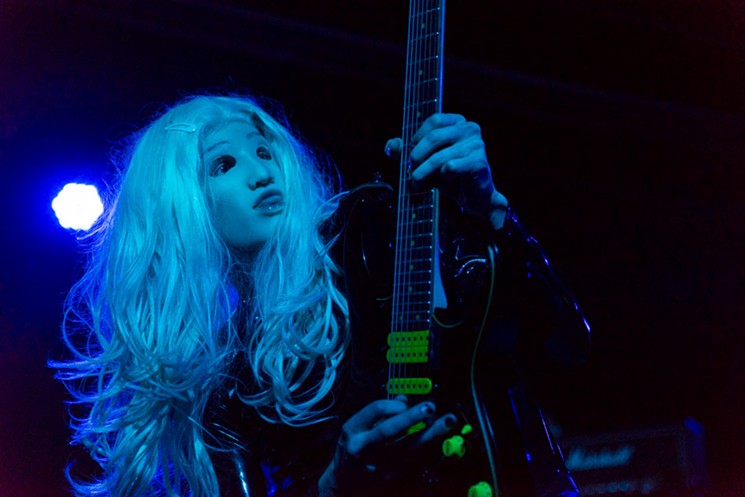 Guitarist Aaron Deming shreds for the crowd.
Photo by Jennifer Lake
Taking the stage with mask and wig wearing guitarist Aaron Deming and drummer Sam Palombo, the trio burst into “Concrete”, the first single off of the singers upcoming 2020 release I Disagree. The pop/heavy metal odyssey consisting of wailing guitars, deep downtuned breakdowns, and lyrics:

“Bury me six feet deep, cover me in concrete” and literal bubblegum pop “Chewy, Chewy, Yummy, Yummy, Yummy/ Break me off a piece of that tasty treat / Sugar in my teeth, demons in my dreams / Watch me while I sleep for eternity”.

Only giving a few brief moments to stop and speak with the crowd, the singer kept it simple with “Hi, I’m Poppy.” delivered in a high-pitched, bubbly voice. “This song is off our upcoming album, it’s called 'Bite Your Teeth.'” Though her weird online videos give off a bit of an “awkward” vibe, Poppy’s presence on stage remained extremely natural, appearing to be right at home headbanging wildly along to the aggressive songs. Her normally soft, high-pitched voice held up surprisingly well to the sounds of the original recordings, transitioning in and out of pop singing to screaming metal.

Poppy sings for Houston.
Photo by Jennifer Lake
Poppy's unique style of genre mixing music and personality resulted in an almost sold out show with an audience ranging from young children on parent's shoulders, to teens dressed as the metal princess, and hardcore metalheads moshing in the pit.

With only a handful of heavy tracks released so far, the singer's set was kept short. Consisting of only 11 songs, including the encore, the performance was a little over 40 minutes long. Friday’s show was the first of only two headlining performances before her upcoming Australian festival appearance in December. Both shows brought along Dallashardcore band UnityTX.

Time is Up ft. Diplo

X
KEEP THE HOUSTON PRESS FREE... Since we started the Houston Press, it has been defined as the free, independent voice of Houston, and we'd like to keep it that way. With local media under siege, it's more important than ever for us to rally support behind funding our local journalism. You can help by participating in our "I Support" program, allowing us to keep offering readers access to our incisive coverage of local news, food and culture with no paywalls.
Make a one-time donation today for as little as $1.