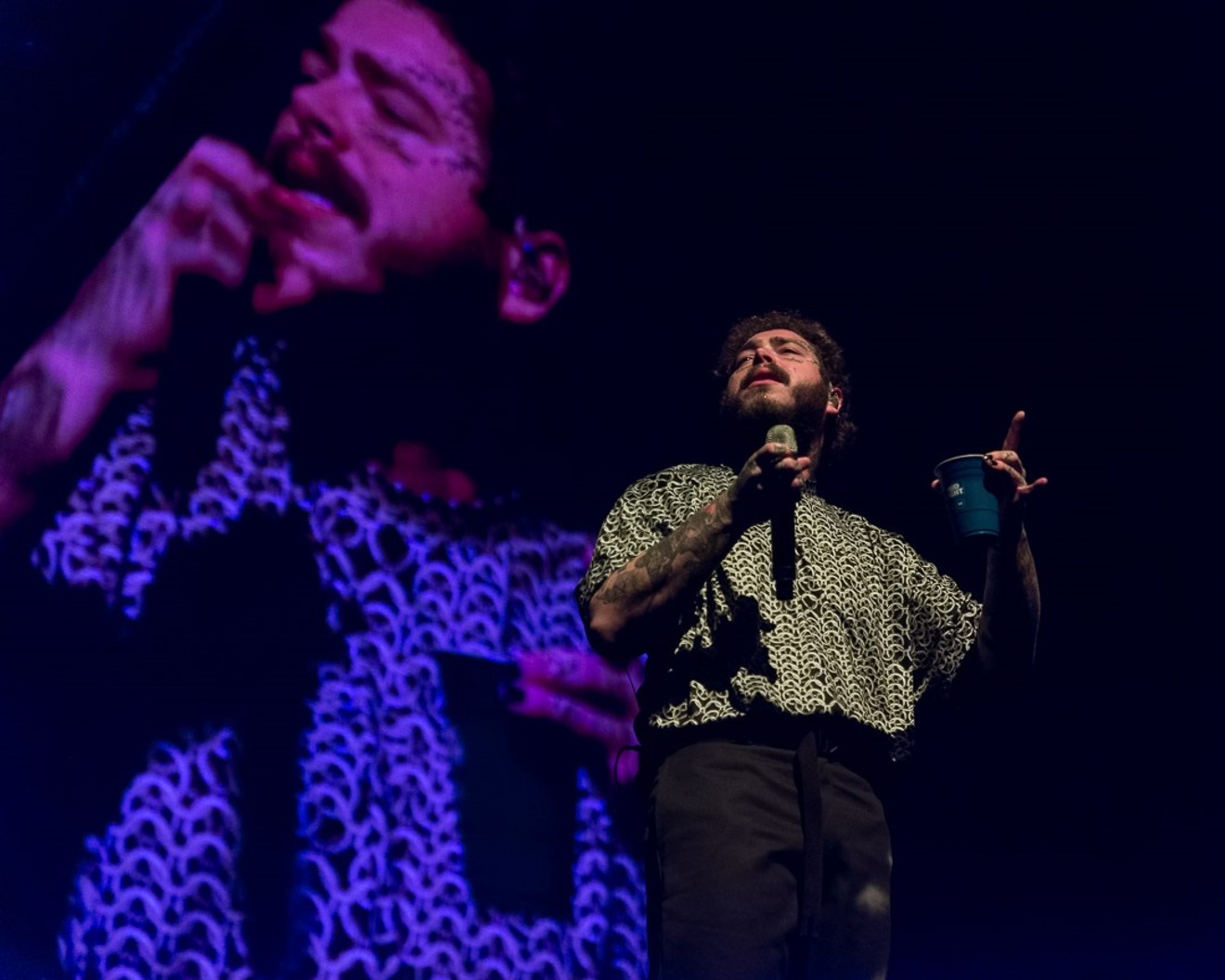 Before closing out a sold-out show on Tuesday night at Toyota Center, Austin Richard Post (known more commonly as Post Malone) took time to call out those who once mocked him as a one-hit wonder. As a novelty act. As an “artist” who would never be considered as much.

“They’re the same folks who now stick out their hand and say, ‘congratulations,’” Post said, before closing his show with a hit of the very same name.

I know from where Post Malone speaks, because I was once one of those who doubted his long-term viability. Too cartoonish. Too much auto-tune. Too many face tattoos. Well, so much for being right.

Before thousands and thousands of adoring fans on Tuesday night as part of his Runaway Tour, Post Malone blasted through an 80-minute, 20-song set that was long on hits and equally long on emotion. Post isn’t the type of guy to do things halfway, as evidenced by an emotional set that saw him thanks the crowd many times over for their support. For blocking out the haters. For helping him become one of the top pop stars in the game today.

That surge to the top of the pop charts has only been exacerbated by Post’s latest, Hollywood’s Bleeding, a mainstay on the Billboard charts and one of the more eclectic, diverse and quality releases among mainstream pop releases in 2019. Simply put, Post Malone is a guy who knows how to craft a hook and please an audience, something he did in fine form before a packed house at Toyota Center. 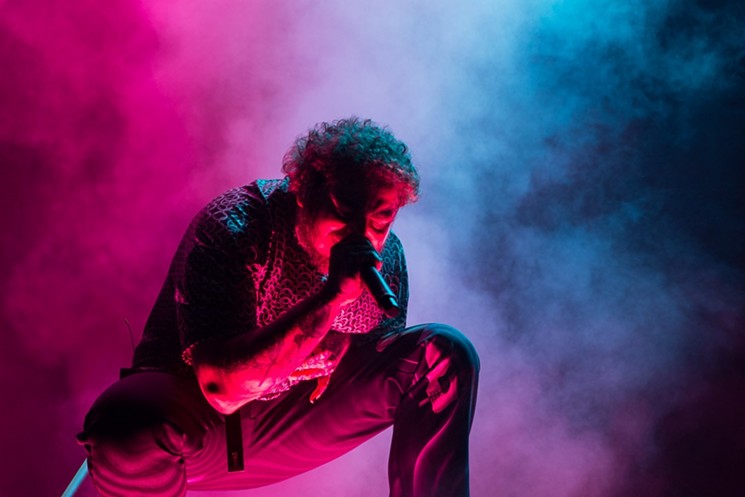 Not willing to be confined to any one genre, Post Malone blasted his way through a 20-song set.
Photo by Jennifer Lake
From “Better Now” to “Saint-Tropez” to “Goodbyes,” Post kicked off his performance with hits and continued with more throughout his set. That included staples like “Psycho,” “Wow,” “I Fall Apart,” “White Iverson” and “Sunflower,” the latter of which featured a cameo from opener Swae Lee.

But it was the final two tracks of the evening - “Rockstar” and “Congratulations” - where Post really proved his point that he can't be locked into any particular genre box.

Rather, he’s something altogether different, and even refreshing, in today’s homogeneous pop landscape. He’s unpredictable. And I can’t wait to see what he does next.

So, How was the Crowd?: Well, it was eclectic. There were high school kids there with their parents. Others were there sans parents. There were older folks who appreciate good music. Give ‘em credit though; it was a crowd that showed up early, stayed all the way through and expressed its support throughout the night.

Overheard in the Crowd: “He didn’t play ‘Circles.’” That was my plus-1, and that is addressed below.

Throwback Jersey Report: Surprisingly, little in the way of throwbacks on Tuesday night. A lot of James Harden jerseys, and a few for Russell Westbrook. Props to the guy with the Sam Cassell ketchup-and-mustard throwback. Those were always the best Rockets jerseys.

Random Notebook Dump: For a guy who employs a lot of auto-tune, Post Malone can really sing … If only this concert had taken place on a Friday or Saturday night … Dude, you really should have played “Circles.”
KEEP THE HOUSTON PRESS FREE... Since we started the Houston Press, it has been defined as the free, independent voice of Houston, and we'd like to keep it that way. With local media under siege, it's more important than ever for us to rally support behind funding our local journalism. You can help by participating in our "I Support" program, allowing us to keep offering readers access to our incisive coverage of local news, food and culture with no paywalls.
Make a one-time donation today for as little as $1.