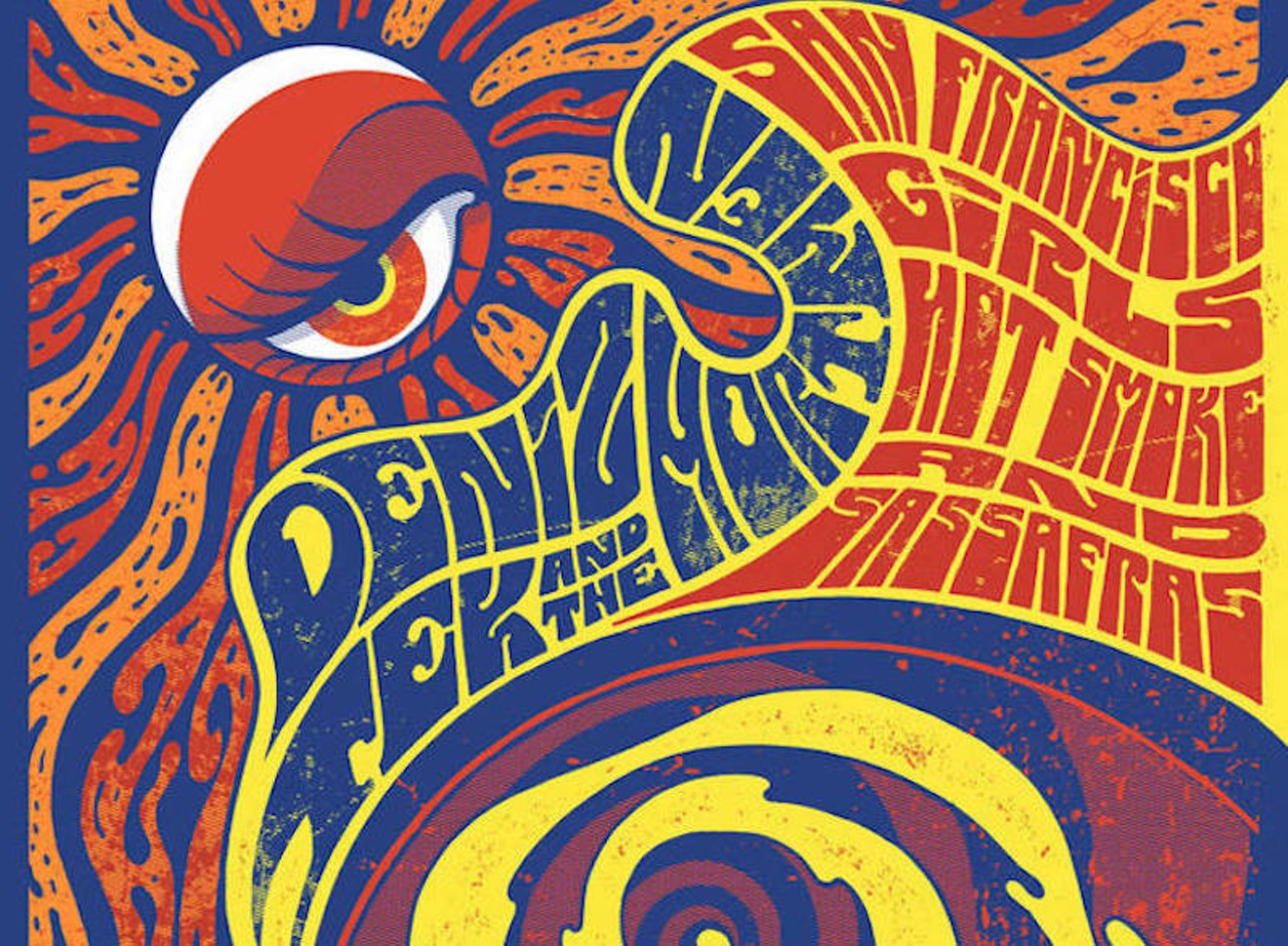 Album Artwork By Sabrina Gabrielli
Since COVID shifted the approach to Record Store Day with a new format of Record Store Day Drops, music lovers, record store owners and employees alike seem to be benefiting from the change.

The new approach gives stores a better way to organize the rare and highly coveted releases while providing fans an improved chance at snagging what they want without waiting in long lines.

Originally set to return to a one-day event this year, RSD officials walked back their plans and again decided to split the event into two days with the first being Saturday, June 12 and the second on Saturday, July 17.

Since it began in 2008, RSD has become an event which brings music lovers of all genres together for an opportunity to acquire limited releases from all over the globe.

Included in the list this Saturday is a noteworthy 7 inch with some heavy Houston musical history ties. Italian label Wild Honey Records is releasing 500 copies of Deniz Tek And The Mortmen doing the psychedelic rock hits “San Francisco Girls” and “Hot Smoke And Sassafras,” both hit songs by Texan artists in the ‘60s.

“Very few people realize that ‘San Francisco Girls’ was a Texas band that created it. Everyone thinks it was some California band that created the song that was sort of the anthem of the flower movement,” says Bradley.

“San Francisco Girls” put Houston band Fever Tree on the map in 1968 when the band had already relocated to California with a blossoming career and record deal with Uni Records. For this recording, Bradley reached out to original keyboardist and harpsichordist Rob Landes for the project.

“Rob Landes told me that he thinks that our version of ‘San Francisco Girls’ is the best one that's ever been recorded,” says Bradley.

Sadly, Cordray passed away only a few days after the Mortmen reunited in 2017 to record “Hot Smoke And Sassafras” making this limited release his final recording and only adding to the historical and emotional importance of this 45.

“This is his absolutely last recording and that's why we went through the trouble to find some way to release it,” says Bradley. After Cordray’s death, Tek filled in on the guitar work on “Hot Smoke And Sassafras”.

“It’s just an interesting thing, when Kenny and Deniz met each other they just hit it off immediately because you've got one guy that's a virtuoso guitar player and then one of the best rock guitar players. The two of them complement each other beautifully,” says Bradley.

As a teenager, Cordray has been hanging out at Sugar Hill Studios when Bubble Puppy recorded “Hot Smoke And Sassafras” there in 1968 when the studio was briefly owned by International Artists Producing Company.

“He’s a great singer,” says Bradley of Escalante’s impressive vocal range. “I proposed to him to do this because it seemed logical to get somebody that understood what we were doing and it was just easy for him because he's just that good a singer.”

For anyone familiar with Escalante’s vocals, mostly known for his singing in The Suspects, XanaDudes and unforgettable yodeling with Polish Pete & The Polka? I Hardly Know Her Band, his vocals on these two songs serve up a new dynamic.

“It taps into more of what I sang when I was a kid,” says Escalante. “I hadn't sung like that in a while. It was fun. I grew up in Corpus and I was in a band there and some of the guys that played in these bands were in punk bands, and are still in punk bands to this day, so I was kind of tapping into that. It was kinda weird but I definitely have a little bit more of a voice than I did back then.”

For Escalante, who just opened his second record shop Sundance Record Lagoon in San Marcos, this will be the first time he will be on the other side of RSD only adding another layer of depth and importance to this release.  Sig's Lagoon will also be trying a new approach for this RSD serving drinks and spinning records for waiting shoppers at Continental Club's outdoor Pachinko Hut across the street.

The connection between psychedelic rock and one of the nation’s historically most conservative states continues to surprise and baffle music lovers and historians. Sugar Hill Studios was in the epicenter of the movement recording The 13th Floor Elevators, Red Krayola and Bubble Puppy.  Ironically, legend has it that longtime owner of Sugar Hill Studio (Previously known as Gold Star Records) Bill Quinn's ghost lingers in the building and really throws a fit when psych rock is played or recorded there.

“People associate a lot of it from Austin but a lot of it came from Houston and was recorded here. Just read Andy's book, it's crazy and there's stuff there that wasn't released that would probably be like gems and studio finds for labels. It’s pretty crazy what came through Texas,” says Escalante.
KEEP THE HOUSTON PRESS FREE... Since we started the Houston Press, it has been defined as the free, independent voice of Houston, and we'd like to keep it that way. With local media under siege, it's more important than ever for us to rally support behind funding our local journalism. You can help by participating in our "I Support" program, allowing us to keep offering readers access to our incisive coverage of local news, food and culture with no paywalls.
Make a one-time donation today for as little as $1.