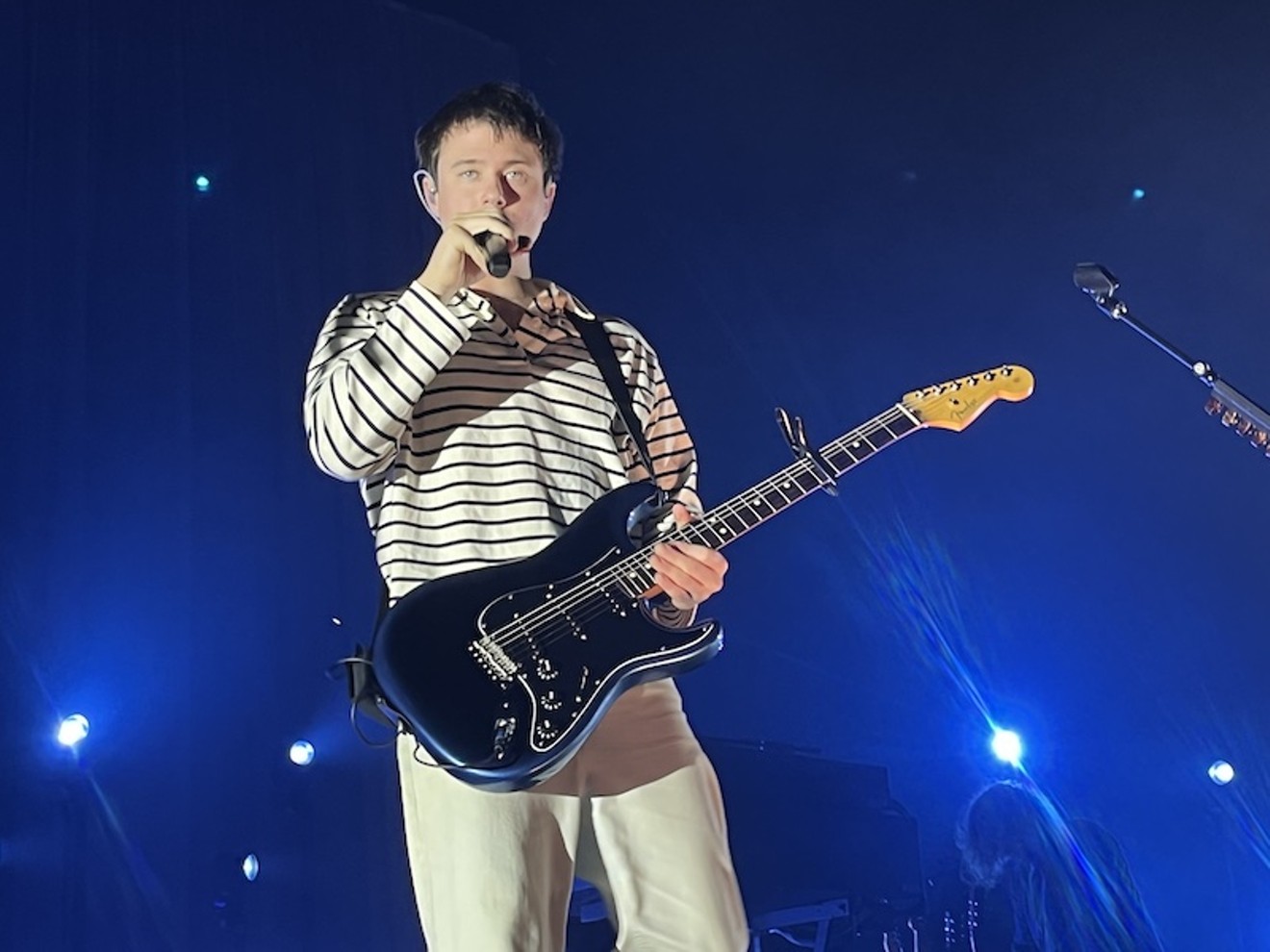 A lot about the way we approach music has changed in the last couple decades. There's traditional radio exposure's declining relevance as a factor in an artist's success, for one, which dovetails with the increasing weight given to how well those same artists connect with an audience. The latter is something to which we used to give lip service, but never really quantified.

Which is a not so oblique way of bringing Alec Benjamin into the conversation. The 28-year old Phoenix native has one single ("Let Me Down Slowly") that's ever charted on Billboard's so-called "Hot 100," and it only topped out at No. 79. In spite of that, it's certified 3x Platinum, and has also been streamed a cool billion times on Spotify.

I still listen to Top 40 radio semi-regularly (the pitfalls of having teens), and I don't recall hearing any of Benjamin's songs. But after seeing him last night at Bayou Music Center, I've decided that identifying with your listeners is no longer one of those aforementioned intangibles. Those kids were locked in for the bulk of the show, which was both heartening and depressing, for reasons we'll get to.

Benjamin is touring in support of his latest album, (Un)Commentary. Released this year but written during the pandemic, it highlights the influences of songwriters like John Mayer and Paul Simon, while also showcasing his own still-developing voice. The show also leveraged heavily from the Narrated For You mixtape, with cuts like "Annabelle's Homework" and "Hammers."

Even if you take away the baggy white jeans and striped shirt, Benjamin doesn't really fit into the teen idol mode. His straight ahead love songs are there ("The Way You Felt," "If We Have Each Other"), but so also are cuts about his struggles with alienation and mental illness. It's those songs, in point of fact, that reinforce the point I was clumsily trying to make earlier.

No "Bell Bottom Blues" here.
Photo by Pete Vonder Haar
Should we be worried that an audience comprising mostly adolescents was singing along most strenuously to the choruses of songs like "Dopamine Addict" and "Mind Is a Prison?" It reminded me of the short-lived "New Sincerity" movement of the late '80s, which was a reaction — in part — to the hedonistic excesses of the hair band era. Could Benjamin's work be viewed as a response to those "tonight is the night/we only have tonight" songs John Mulaney famously mocked?

Or are they more likely a rejection of our modern mercenary sensibilities? Songs about the underside of the American experience are nothing new, but it's nice to see songs acknowledging "the world's not perfect" while asserting "I'll be there for you."

Benjamin did provide the requisite local shout-outs, talking about a contemplated move to Texas to escape his demons ("The last few years have been really weird," he declared with little irony) and name-dropping Houston in "Death of a Hero" (as the location where Superman does coke in a bathroom). He also brought everyone in the band to the front of the stage for a mini-set including "Hipocrite" and "Match in the Rain."

The back third of the set was full of crowd faves, though perhaps none bigger than “Paper Crown” and “The Way You Felt.” Surprisingly, the show fairly flew by, with 21 songs clocking in at about 75 minutes. By the time the encore selections ("Water Fountain" and "Spealers") faded out, the Bayou Music Center crowd had experienced...well, maybe not catharsis, but at least a sense that they weren't alone.

What About The Opener? Downtown Houston's fabled parking travails kept us from seeing Sarah Cothran, but Claire Rosinkranz was a delight. She maintained a bouncy No Doubt vibe, engaging the crowd with singalongs (I think we can all agree that we're sick of pretty boys) and setting an inclusive tone. Closer "Backyard Boy" was a big hit.

Personal Bias: Never heard of him before my daughter asked me if we could go to his show.

The Crowd: Mostly teens, lots of parents, and at least one Eddie Munson cosplayer.

Overheard In The Crowd By My Kid: "Why do you use a draft email for your review notes? Why not just open the Notes app?"

ENCORE
Water Fountain
Speakers
KEEP THE HOUSTON PRESS FREE... Since we started the Houston Press, it has been defined as the free, independent voice of Houston, and we'd like to keep it that way. With local media under siege, it's more important than ever for us to rally support behind funding our local journalism. You can help by participating in our "I Support" program, allowing us to keep offering readers access to our incisive coverage of local news, food and culture with no paywalls.
Make a one-time donation today for as little as $1.