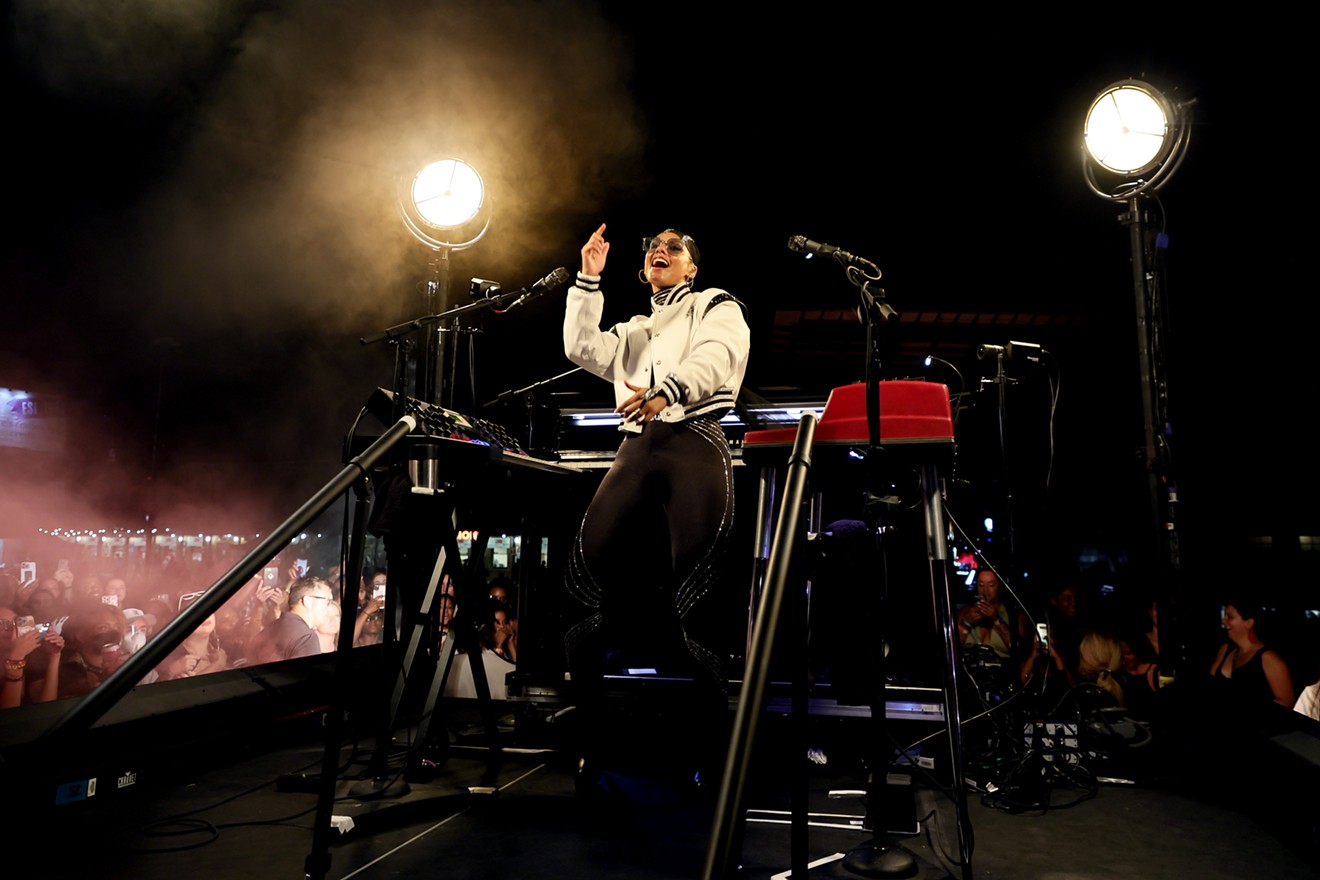 Key shows off her skill on the piano as well as the mpc machine. Photo by Theo Wargo
The auditorium at the Smart Financial Center gradually lit up as the packed house turned the flashlights from their cell phone toward the stage. Standing center in a green jumpsuit with sequin accents to match a head scarf was the songstress Alicia Keys. Flanked on each side by group of singers wearing all white she stood in front of a piano and paused before belting out the first note of “Fallin’”, the smash hit off her 2001 debut Songs in A Minor.

“Houston, this is our favorite first song,” she later laughed as the audience rose to their feet with applause. As she moved to sing the chorus again the lights dimmed so that only her silhouette could be seen while the singers around her on stage harmonized for the crowd.

Alicia Keys returned to Houston Tuesday night with a room filling show at Sugar Land’s Smart Financial Centre. Dubbed simply the Alicia Keys Tour, the performance has the 15-time Grammy Award winner returning to the touring stage after not being on a major tour in almost nine years. The tour strikes a balance between the early part of her career while also showcasing her new music, in particular Keys and Keys II.

While Keys is often reminiscent of her earlier work on the piano, Keys II moves in a more electronic direction. It’s a variation that the New York singer dives headfirst into, performing on stage at times surrounded by a few keyboards and an MPC Player.

“You see Keys is what I like to call original,” she said while pointing at the piano before running her fingers down the length of the instrument. After the applause died, she turned her attention to the MPC player. “Now this is what I used to create Keys II and tonight I’m going to play you a few songs off of each.” 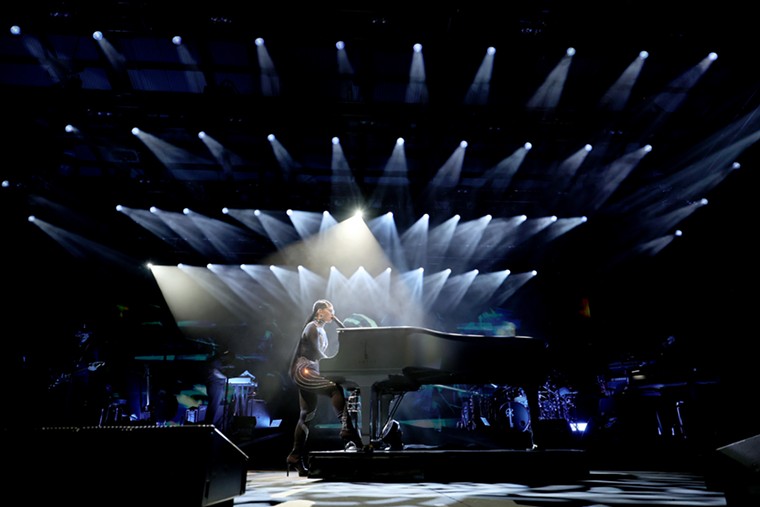 Alicia Keys performed Tuesday night at the Smart Financial Center in Sugar Land.
Photo by Theo Wargo
For the next few songs Keys would play one original, with heavy instrumentation from the piano, and the matching remix to that song from Keys II using the MPC. As she finished each pair, she would have the audience vote by applause.

While Alicia has been gone from the major tour circuit for almost a decade, she hasn’t lost a step. Her show is almost two hours of hits, running through fan favorites like “You Don’t Know My Name,” “Un-Thinkable (I’m Ready),” “My Boo” and “Diary.” The show truly takes off when she’s performing big numbers like “Girl on Fire,” “No One” and “Empire State of Mind,” the latter of which had her walking through the audience, shaking hands and serenading as a large screen on stage flashed images of a Jay Z performance. 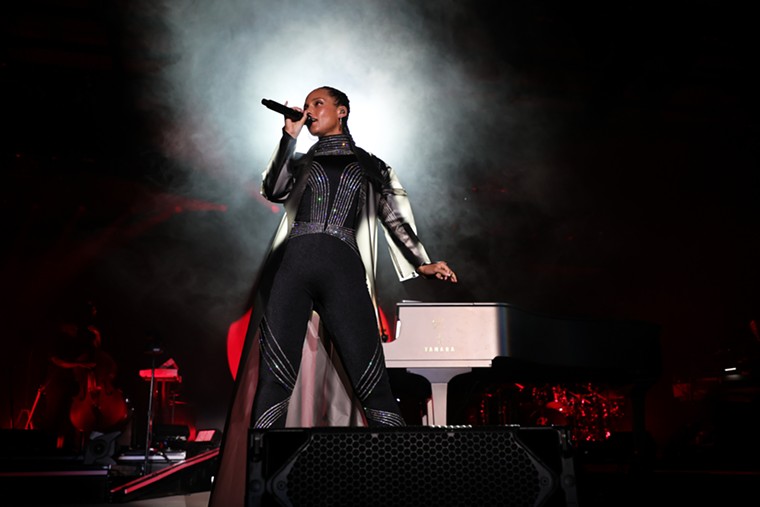 Key belts out a high note will performing songs from her extensive catalog.
Photo by Theo Wargo
Alicia showed Houston fans that a little time away from the stage took nothing away from her talents as an entertainer.  Her performance Tuesday evening should have fans itching for the next show.
KEEP THE HOUSTON PRESS FREE... Since we started the Houston Press, it has been defined as the free, independent voice of Houston, and we'd like to keep it that way. With local media under siege, it's more important than ever for us to rally support behind funding our local journalism. You can help by participating in our "I Support" program, allowing us to keep offering readers access to our incisive coverage of local news, food and culture with no paywalls.
Make a one-time donation today for as little as $1.