Caamp Coaxes WOMH Crowd Into Having A Good Time After All 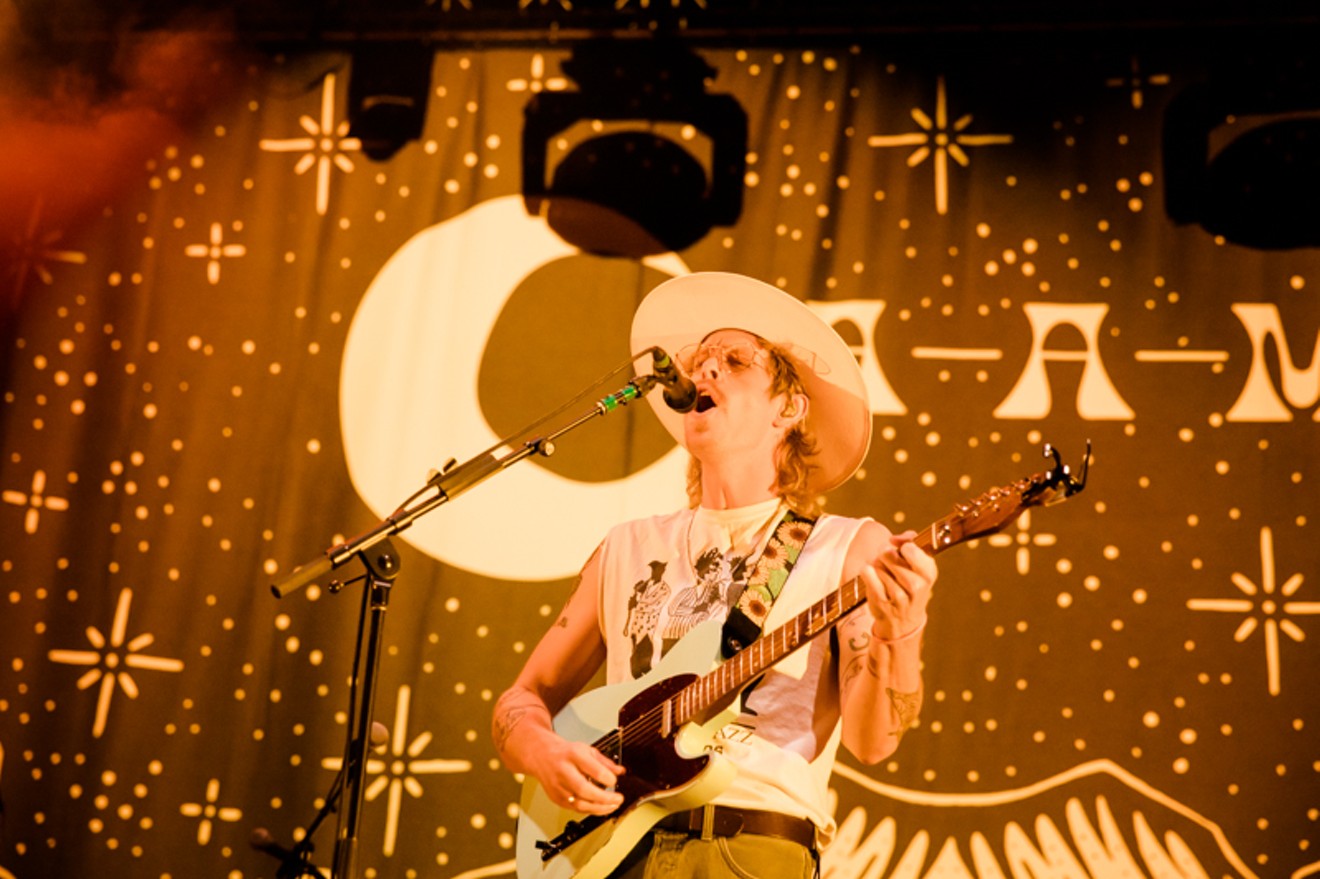 Forty-five minutes into their set, Caamp finally got the crowd going.

Up until about 10 p.m., fans at White Oak Music Hall had been alarmingly laid back on Friday night. It was a perfect evening for an outdoor concert - a rarity for us Houstonians - with the temperature drifting from the low 80s into the high 70s as a light wind blew over the bayou. Unfortunately, attendees were seemingly so charmed by the weather they forget that a band was performing.

Onstage, the Ohio-based indie-folk trio breezed through more than half a dozen songs as folks on the lawn chatted among themselves, with most of them remaining comfortably seated through the first half of the show. The mood was relaxed and generally upbeat, but the focus didn't seem to be on the music.

But when Caamp began to play "Vagabond," the second track from their eponymous debut album, the atmosphere changed. Dozens of people rose to their feet in anticipation of the song's climactic fourth verse, which drew the crowd into a frenzy. And from there, very few sat back down. 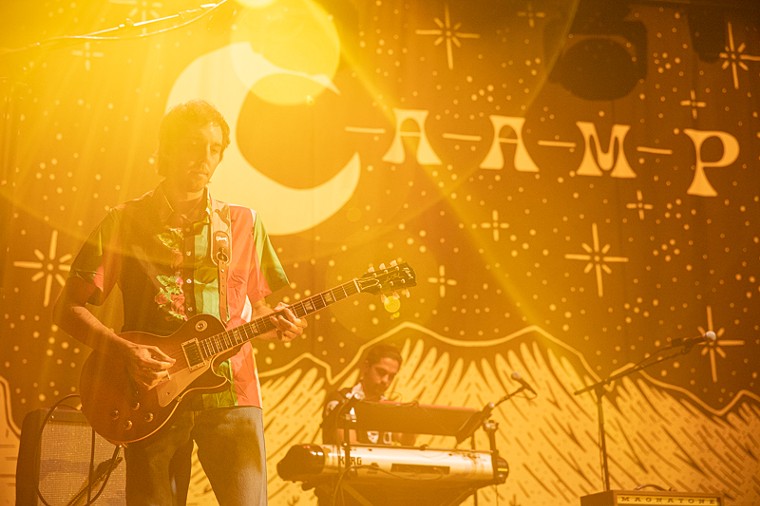 Caamp Guitarist Evan Westfall
Photo by Violeta Alvarez
By no measure had the preceding 45 minutes been a disappointment, but Caamp's sound is best suited for smoke-filled bars and more intimate settings, so playing on an outdoor stage in front of more than 1,000 people was something of an uphill battle. Never mind the fact that, over the past year and a half, many fans have likely forgotten what concerts are like.

Still, Caamp delivered on their fourth visit to the beloved venue, performing nearly two hours of heartfelt tunes and ultimately persuading attendees to show a bit of enthusiasm. After "Vagabond," the group capitalized on the newfound energy and followed up with two more faster cuts from its debut — "I Keep Going" and "See The World" — before reestablishing the calm with "Send The Fisherman."

Front man Taylor Meier - whose raspy vocals help distinguish Caamp from many of its peers - said that Friday night was the biggest show the band had ever played at White Oak Music Hall, which roped the crowd in even more.

Given the last 18 months, it's fair to say that we've all been a bit overwhelmed. So maybe Caamp's easygoing, laid-back performance was just what the doctor ordered for folks returning to the world of live music. Because as Meier sings on "By And By," "This past year, I got so much older."

But no matter how much we've all aged or how long it took us to get on our feet and dance along, it sure felt good being back at a concert.