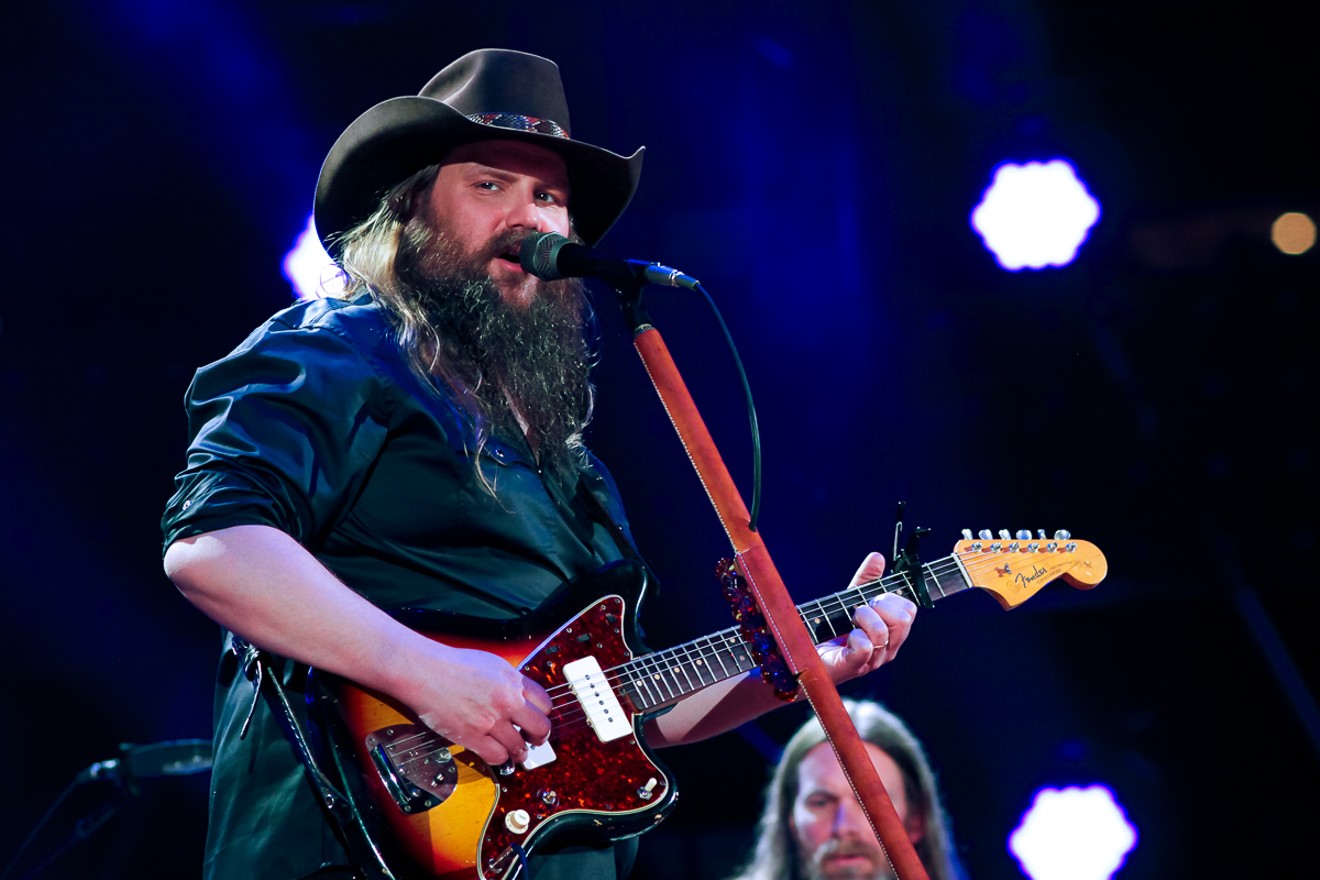 Plenty of performers go all-out for the Houston Livestock Show and Rodeo.

Especially in recent years, the annual concert series has been jam-packed with artists who have made the most of the gigantic, star-shaped stage - more dancers, brighter lights, extra bells and whistles. It's fairly common for even the biggest names to pull out all the stops in order to keep a football stadium full of fans from getting bored.

But not Chris Stapleton.

Despite performing on a stage that, tip to tip, stretches 126 feet and is situated on the 50-yard line of NRG Stadium, the Kentucky native chose to forgo the ceremony on Thursday night and instead play a show that would have gone over just fine in a small, smoke-filled room somewhere in the middle of nowhere. And you know what? It worked.

Because Stapleton isn't really a performer; he's purely a musician, through and through. Eschewing the kind of extravagant display most of us expect from RodeoHouston shows, he and his bandmates — including his wife Morgane Stapleton — spent just over an hour focused on singing and playing their instruments to perfection. Not much else happened, and no one seemed to mind in the slightest.

The accompanying light show
Photo by Marco Torres
The night began with two tracks from Stapleton's 2015 debut Traveller: "Nobody To Blame" and "Parachute," both of which explored the timeless story of a man realizing he's responsible for damn near all of his own problems.

Later, "Hard Livin'" showcased a heavier side of the typically smooth-and-somewhat-melancholy Stapleton, and fans couldn't keep from tapping their feet as the man of the hour half lamented and half celebrated the life of an aging troublemaking honky tonk man.

For much of the night, Stapleton and his wife seemed to forget the nearly 74,000 fans in attendance — the largest crowd so far this season. Almost ignoring the crowd, they stared directly into each other's eyes for the entirety of "Starting Over," "Millionaire" and "Tennessee Whiskey," showcasing the kind of affection that most couples can only hope to maintain after 15 years of marriage and five children.

Before the evening ended, Stapleton thanked his band, his wife and his fans. He even found time to lament the Kentucky Wildcats' upset loss to the St. Peter's Peacocks earlier in the day, but he did so with a wry smile. Because despite all the sad songs he sang, it was clear that Stapleton was having a good time onstage, surrounded by friends and family.

We should all be so lucky.