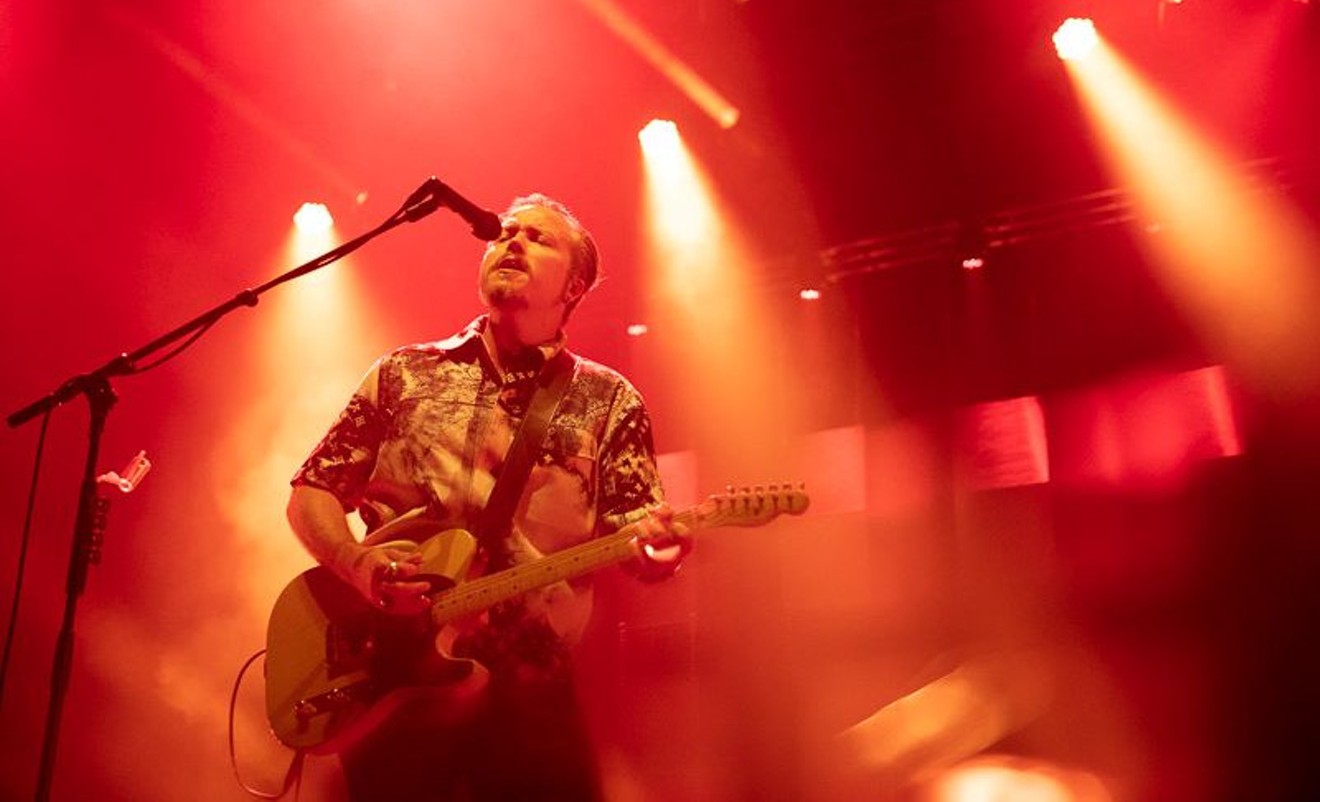 Jason Isbell on the other side. Photo by Violeta Alvarez
Jason Isbell and the 400 Unit
713 Music Hall
July 3, 2022

Comeback stories aren't unheard of in music, but few are as dramatic as Jason Isbell's.

Rising to prominence with the Drive-By Truckers, Isbell's hard partying ways were well-documented, but it wasn't until he left to pursue a solo career that threatened to founder that he got sober in 2012. And like Stevie Ray Vaughan before him, Isbell proved his best music was to be found on the other side of that event.

That's not meant to diminish his earlier work. Isbell's songs with the DBTs (especially "Decoration Day" and "Outfit") were some of the group's best. But I think he would agree that cleaning up paved the way for the clarity and urgency of Something More Than Free, The Nashville Sound, and his latest — Reunions — recorded with his longtime band the 400 Unit.

It wouldn't be the first time someone channeled earlier destructive addictions into other pursuits. And if you follow Isbell on Instagram, you know he's constantly noodling with new equipment and trying different sounds. And even if you don't, the opening song last night ("What've I Done to Help") was capped off by what can only be described as a blistering guitar solo.

That was one of half a dozen songs off the newest album, meaning some older faves were likely squeezed out (no "Codeine," "Outfit," or "Flying Over Water," for example). Indeed, the Reunions-heavy set tended toward the introspective, which is always a risky proposition in Houston. But songs like "Dreamsicle," "Only Children," and "Overseas" were mostly well-received.

It doesn't hurt that the 400 Unit are a well-seasoned outfit. Guitarist Sadler Vaden stood out, taking the mic for a cover of "Honeysuckle Blue," by his former band, Drivin' N Cryin'. He also joined Isbell for an acoustic duet version of "Tour of Duty." But bassist Jimbo Hart, drummer Chad Gamble, and keyboardist Derry deBorja were no slouches, firming up what was a tight hour and forty-five minute set. 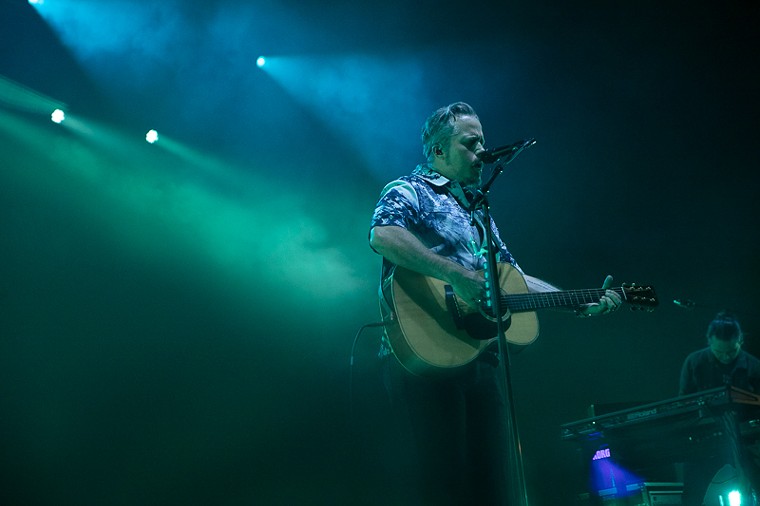 Isbell's songs demand intimacy.
Photo by Violeta Alvarez
Isbell and company were supposed to play last year at The Woodlands (trust me, I was supposed to review it), but the show was canceled when the Pavilion wouldn't implement the requested COVID-19 protocols. But there was no mention of that, even as he offered some opinions about Houston music venues, starting with appreciation for 713 Music Hall ("They've got air conditioning," wait ... maybe that *was* a dig at the CWMP) and comparing it favorably to Walter's on Washington, saying, "That place was a good time, this is a good place."

Fun fact: the website for Walter's is now a Japanese site on how to obtain a driver's license.

If there was a complaint to be made — aside from the usual (ballpark priced beers, yammering fans, the dread-infused malaise of 2022 American existence) — it was how front-loaded the harder stuff was. "Hope the High Road" has become something of a staple at Isbell shows, and it showed up second on the set list, followed by the scorchingly frank sobriety anthem "It Gets Easier."

But the bulk of the set found him trading in the Gibson SG and the Telecaster for the Martin acoustic, leading the crowd in some of the more familiar cuts (*24 Frames," "Last of My Kind"), and offering occasional commentary about the accuracy of his songs (those directions on how to get around Talladega in October are apparently correct).

Jumping forward to the crux of the discussion, it's why I think Jason Isbell won't be selling out five nights at Madison Square Garden anytime soon: not because his songs are inferior, but because their intimacy necessarily narrows their focus.

It's the Garden's loss, honestly.

The Crowd: Fairly typical Houston, with all that implies.

Overheard In The Crowd: "Sixteen bucks for a bag of beef jerky?" "And it's not even beef."

Random Notebook Dump: "There can't be more of them than us ... I hope."

ENCORE
Tour of Duty
If We Were Vampires
Decoration Day
KEEP THE HOUSTON PRESS FREE... Since we started the Houston Press, it has been defined as the free, independent voice of Houston, and we'd like to keep it that way. With local media under siege, it's more important than ever for us to rally support behind funding our local journalism. You can help by participating in our "I Support" program, allowing us to keep offering readers access to our incisive coverage of local news, food and culture with no paywalls.
Make a one-time donation today for as little as $1.