Escaping With Jimmy Buffett Is Never a Bad Idea 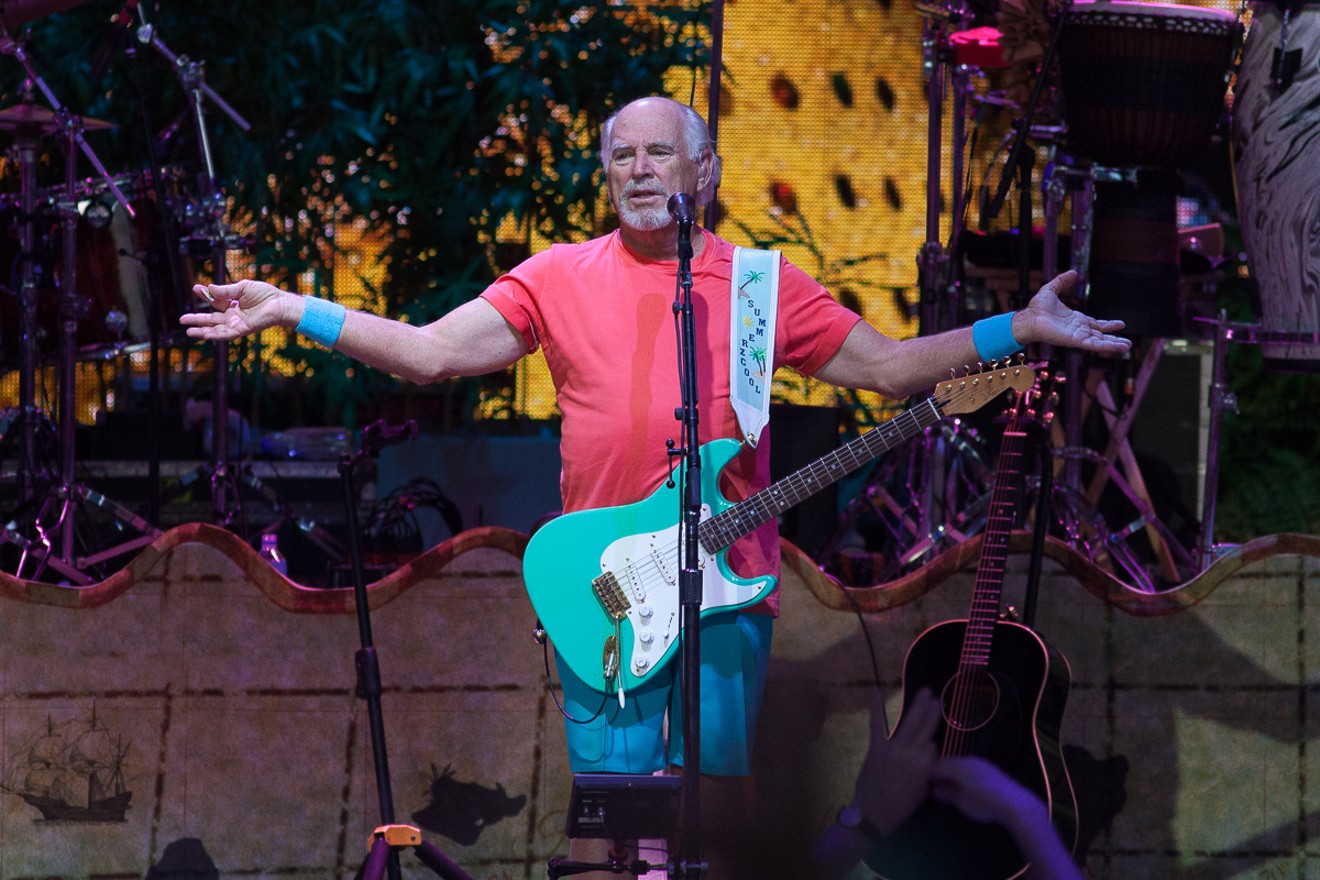 I a musician, it would not be Taylor Swift or Drake or Adele or Kanye West that I secretly wished to be; it would be Jimmy Buffett. Onstage, in beachwear and shoeless, he looks like the most comfortable man alive, a guy who gets to sing about near-universally beloved subjects and only has to play three shows a week, when he wants to tour, of course. As long as his wristbands match his beach shorts and he can crack a smile, the battle is already won.

If you’re a stranger to the Jimmy Buffett experience, seeing him live won’t necessarily turn you into a full-blown overnight, but when it comes to meeting new fanbases, they might just be the nicest bunch I’ve come across. Seeing Jimmy Buffett is not a passive experience, and you will talk to strangers, and you will form alliances in the great beach-ball wars that break out in the crowd, and you will be pressured to dance and celebrate.

And you’ll hear some pretty good tunes along the way. “Margaritaville” is in the Grammy Hall of Fame, and I mention that not to praise it but to try to explain just how good the rest of his set was; coming in halfway through the show, it was a nice song, but not one of the standouts of the evening. The man does know how to write a catchy tune and how to select covers that fit into his brand of -and-western music flawlessly. 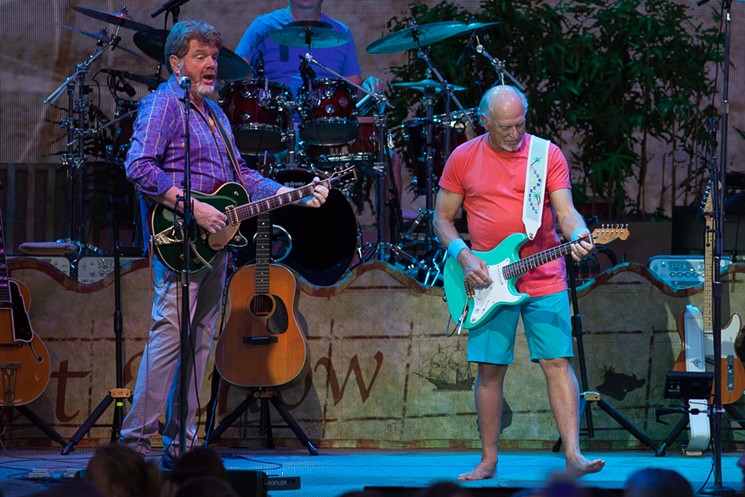 Photo by Eric Sauseda
It should be noted that he’s got a hell of a right-hand man onstage with him. Mac McAnally plays a damn mean guitar and was excellent on vocals, singing Alan Jackson’s part of “It’s Five O’Clock Somewhere” maybe even better than the man himself. His take on the Allman Brothers' “Little Martha” killed, and I could have listened to him riff on that bit of music for hours.

Even if you don’t like his music, one would have to, at the very least, hold some amount of respect for Mr. Buffett. He’s cultivated a fanbase that most artists would kill for, and their dedication to the good times is mighty. I have no idea if Escape to Margaritaville is going to be any good, but I liked his hustle of working shots from it into his background videos. The man is a hell of a showman, and a hell of a businessman, even if his “suit” doesn’t come with shoes.

Personal Bias: It’s not so much that I’m anti-beach as like a certain Jedi turned Dark Lord of the Sith, I’m anti-sand. 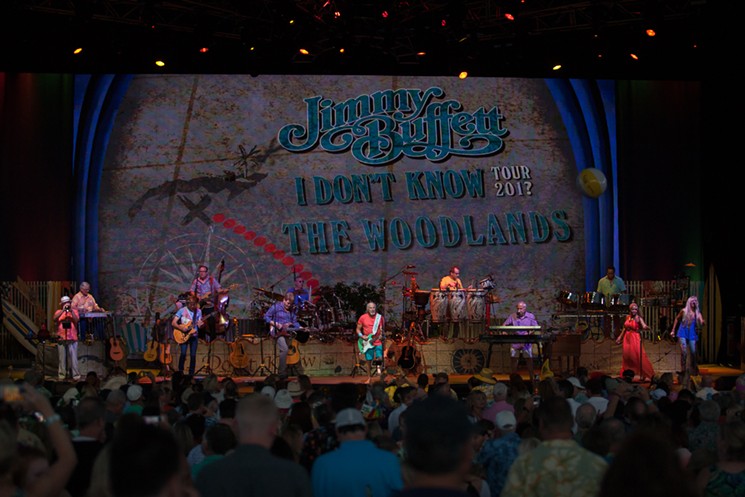 Photo by Eric Sauseda
The Crowd: A sea of Hawaiian shirts and silly hats, with seemingly endless enthusiasm for hitting beach balls.

Random Notebook Dump: After about 45 minutes, beach balls at a Jimmy Buffett show are super-gross, what with falling into the puddles of beer and all.

Overheard in the Crowd: You know those guys who protest metal concerts? They were across the street because I guess Heaven has everything you want but live music. I was standing at the crosswalk, next to this big, burly dude in a bandanna and sunglasses, the type of guy who looks like he probably owns a motorcycle and is super-scary if you’re in a dark alley. Except, at this moment, he didn’t look scary at all, just sad that someone who didn’t know him would assume he was going to hell. “Your church is your church and my church is my church, just don’t tell me I’m not godly,” he said to me while we stood there. I thought in that moment how chill and sage-like he sounded. Then he turns to me and goes, “It’s a good thing I haven’t been drinking all afternoon or I’d end up in jail. I’d probably stick a PVC pipe up his ass or something.”