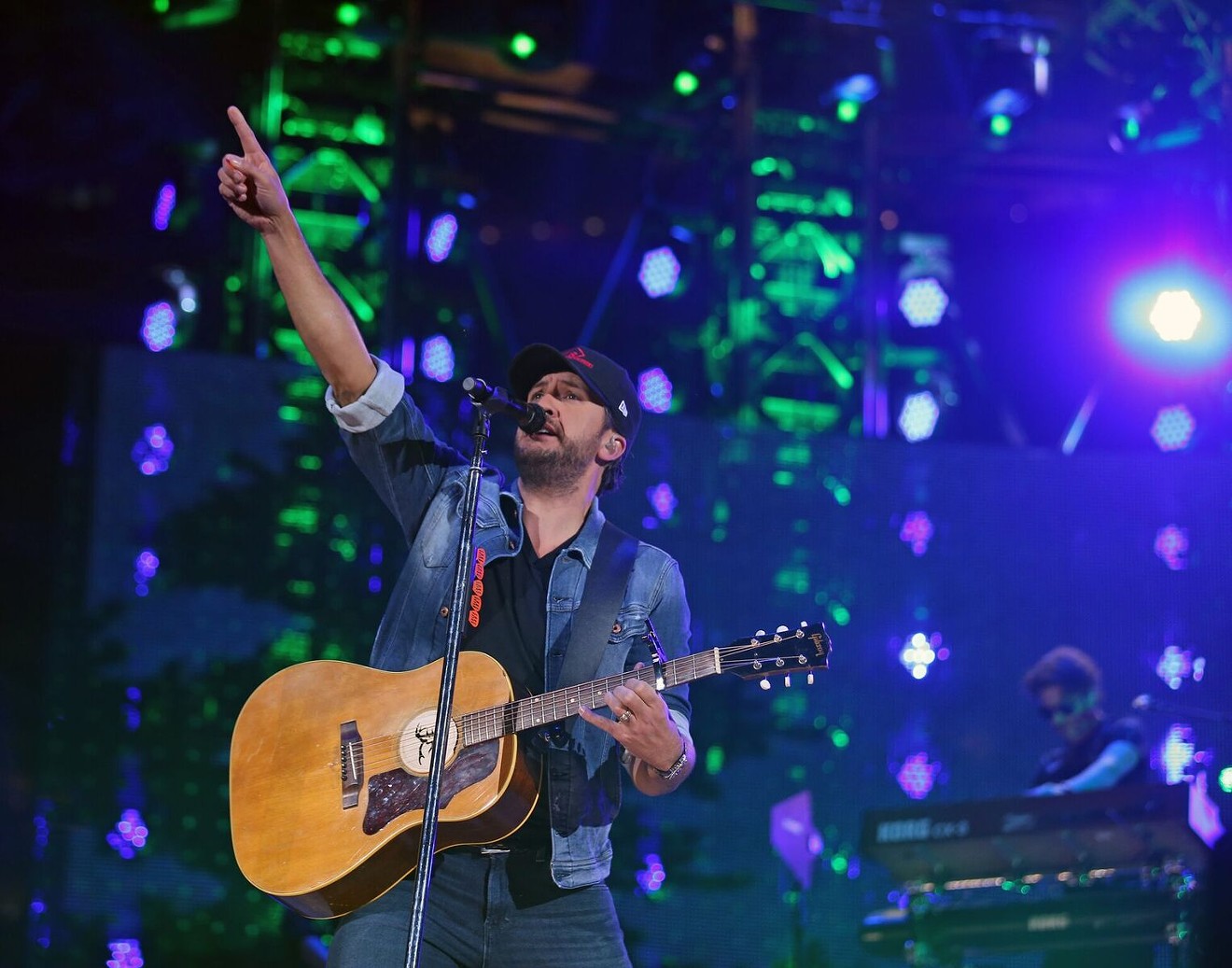 Exactly four years and two days ago, Usher took the stage at RodeoHouston. I do not remember much about the actual performance — I remember his entrance being particularly spectacular — but I’ve always remembered what happened as soon as it ended. As the audience was filing out of the then Reliant Stadium, the announcer came on and said that the performance was a “miracle of entertainment.” And for the past four years and one day, my roommate and I have often joked after concerts about whether or not what we had just seen was, in fact, a miracle of entertainment.

There was no room for a breath between the moment the preshow fireworks ended and the Luke Bryan concert began. There was the briefest flicker of darkness before the lights came back on and Bryan was already in full swing singing “Huntin', Fishin' and Lovin' Every Day.” It’s as if Bryan didn’t have a spare moment of downtime built into his set, and he needed to go, go, go. Which he did, only taking the briefest moments to give the thanks one gives when being asked back to the Rodeo seven years in a row.

Which was fine, because when it came to his performance he was mostly on fire all night long. There was something different about Luke Bryan on this Thursday night; he had an energy about him that came through in his vocals and his dancing that seemed way more genuine and way less performative than it had in past performances. It’s like he’s finally found that sweet spot where he knows how to be emotive without being cheesy and how to be sexy without being creepy and/or corny. He even managed to be compelling when he straight up forgot the words to the entire first verse of "Crash My Party," although he does get credit for making a joke about trying to read them off the open captioning signs.

And not for nothing — and believe me when I tell you I try extra hard to never talk about the relative attractiveness of performers because I know that’s gross — he looked damn good doing it too.

See, Garth Brooks is an incredible entertainer. He gets the mechanics of live performance. His shows are always good. But Luke Bryan gets playing RodeoHouston. He knows the value of taking that lap in the dirt to slap hands with the fans. He knows that people want to see him shake his ass. He knows how to play to the camera and how to strut his stuff on the new stage star tips. Hell, he even knew to pose as the stayed focused on him as he exited the arena.

He put on a show from one to literally his last moments on camera. It was everything you’d want from a RodeoHouston show and more. Was it a miracle of entertainment? It’s about the closest I’ve seen.

Personal Bias: I have been waiting 48 weeks to write this particular Personal Bias. See, when my roommate decided that she would, in fact, marry me, we had a tough choice ahead of us. See, we never really had a song the way most couples had a song, which meant that we didn’t have that first dance thing set in stone. What we settled on was what’s basically my favorite country song, and until my dying I will never forget her looking me in the eyes and asking me why we picked such a long song to dance to. The irony of our first dance being Luke Bryan’s “Crash My Party” is not lost on me, as she’ll be the first to tell you that she could never crash my because I never answer my phone.

The Crowd: 72,177 strong, the majority of whom were very excited to see Bryan shake his stuff. Not quite the 75K he’s pulled the past few years, but not bad at all for a Thursday night outside of Spring Break.

Mutton Bustin’ Update, Night 10: The kids were in their groove tonight, with multiple 90s and high 80s being handed out by the judges. Although he didn’t win, we did get our second kid who said they wanted to be a spy when they grew up, and all I want in life is a spy movie where the third act involves the hero riding a bomb disguised as a sheep.

Random Notebook Dump: Shout out to the volunteers who operate the elevators at NRG Stadium. I can’t imagine working in such a small space for so many hours, all while going up and down and up and down.