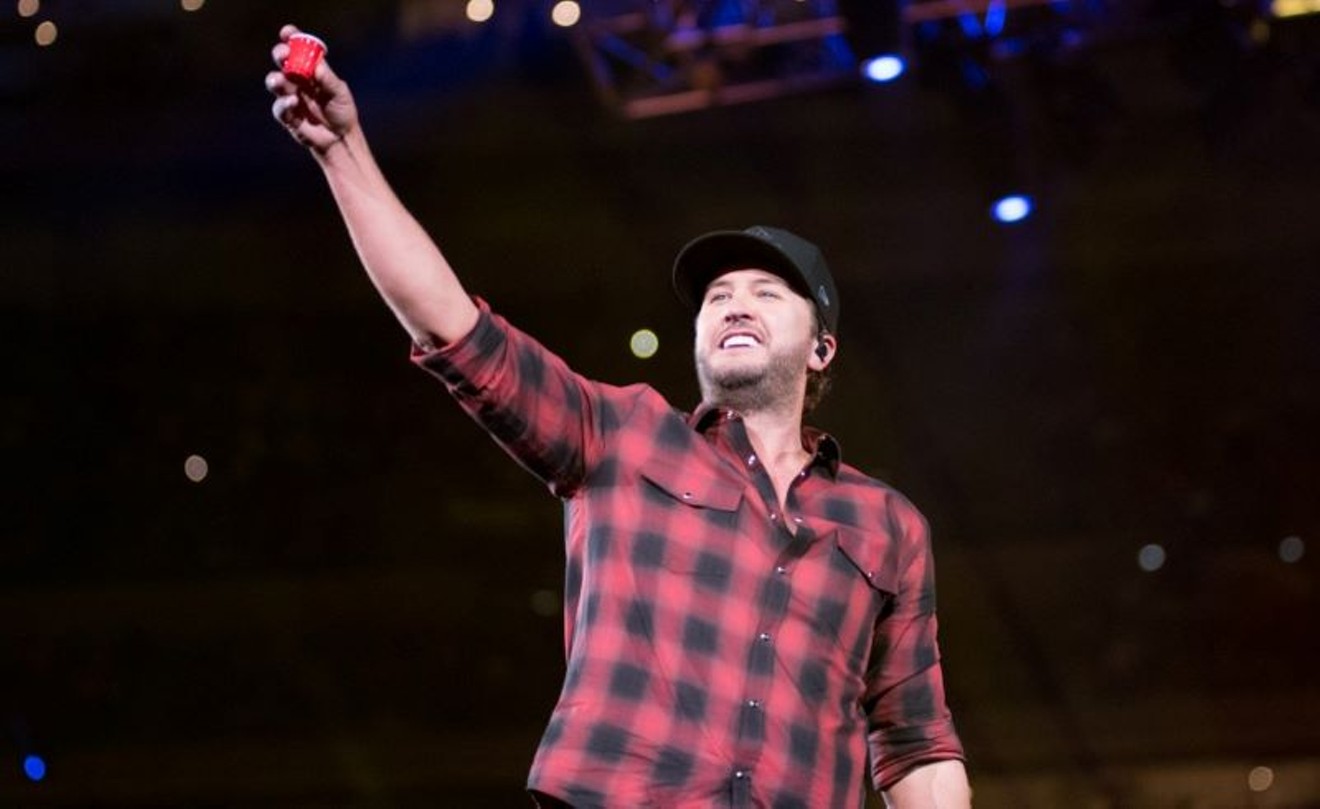 Luke Bryan doesn't have many speeds, largely because he doesn't need to. Sure, he's got enough songs to put together a solid medley of ballads, and his breakup songs remain a highlight of his set, but he seems happiest singing about a certain set of topics: being outside, drinking alcohol, having an adversarial relationship with wildlife, and, as he puts it, knocking boots. He presents himself as a sort of avatar for people stuck in dead-end city jobs who would just be so much happier if they could get away from the urban sprawl and out somewhere full of dirt, catfish, and girls who will twerk on top of a tractor.

It works because the man knows how to sell it. He might not be quite as spirited as he was in his pre-pandemic performances, but he's still a fundamentally solid showman: he plays to the camera better than pretty much anyone, he knows when to let the band do the heavy lifting, and his voice remains solid. He did seem to approach the show with a more focused mission this Rodeo go round; the set felt packed more than ever with wall-to-wall music, rarely slowing down except to touch on fragments of some of his more direct love songs and the popular song "Drink a Beer."

But to get there you had to sit though all the drinking songs, all the outdoor life songs, all the "this is what country music is now" songs. And if that's your jam this show was almost as good as [insert an outdoor activity that involves stalking animals] while drinking [pick your favorite alcohol-related beverage] before going home to make love to your partner who may have danced in the back of your [favorite four-wheel vehicle].

Yeah, the whole thing is easy to mock, but I do it as someone who is completely divorced from all of this who still enjoys a lot of Bryan's music. It is all very silly, lacking in subtext, and often features lyrics that might make me cringe in most other contexts, but it's also really catchy and fun and there's actually nothing wrong with silly songs. Not everything needs to be poetry. Some times you want "A Good Year For The Roses." Sometimes you want a "That's My Kind of Night." Bryan is good at what he does; I'm glad some things haven't changed that much at the Rodeo. 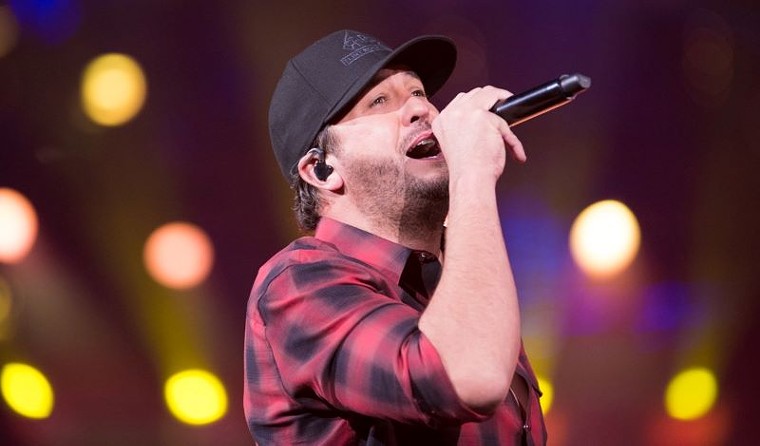 A surefire crowd pleaser.
Photo by Jack Gorman
Personal Bias: Near the end of the show, during "Country Girl (Shake It For Me)" a fan risked it all and went for the two hand grab on Mr. Bryan's backside. This could never be me; the one time Bryan acknowledged my existence by locking eyes with me, I found the experience so awkward I could only look away.

Overheard in the Crowd: "Remember when this was the longest song of all time?" asked my roommate, who insisted that we dance to every last second of "Crash My Party" as our first dance. This is a woman who has sat through at least one Godspeed You! Black Emperor show, but I see her point.

Mutton-Bustin' Report: Weak crop of mutton this year with lots of kids ending up with high scores, though in the end there was one of the more memorable mutton-bustin' moments I've seen. This night the little girl who won had a great ride, yet was still in tears when her post-competition interview started. She perked up when she got her belt buckle, however.

Cory, How Many People Wearing Masks at the Rodeo?: If you're the type of person who would think to ask this question, I promise you you don't want to know the answer.

Random Notebook Dump: The fake flyover at the end of the National Anthem remains one of the dumbest things we do as a culture.
KEEP THE HOUSTON PRESS FREE... Since we started the Houston Press, it has been defined as the free, independent voice of Houston, and we'd like to keep it that way. With local media under siege, it's more important than ever for us to rally support behind funding our local journalism. You can help by participating in our "I Support" program, allowing us to keep offering readers access to our incisive coverage of local news, food and culture with no paywalls.
Make a one-time donation today for as little as $1.