Maren Morris Brings Her Imminent Mom Energy To The Rodeo 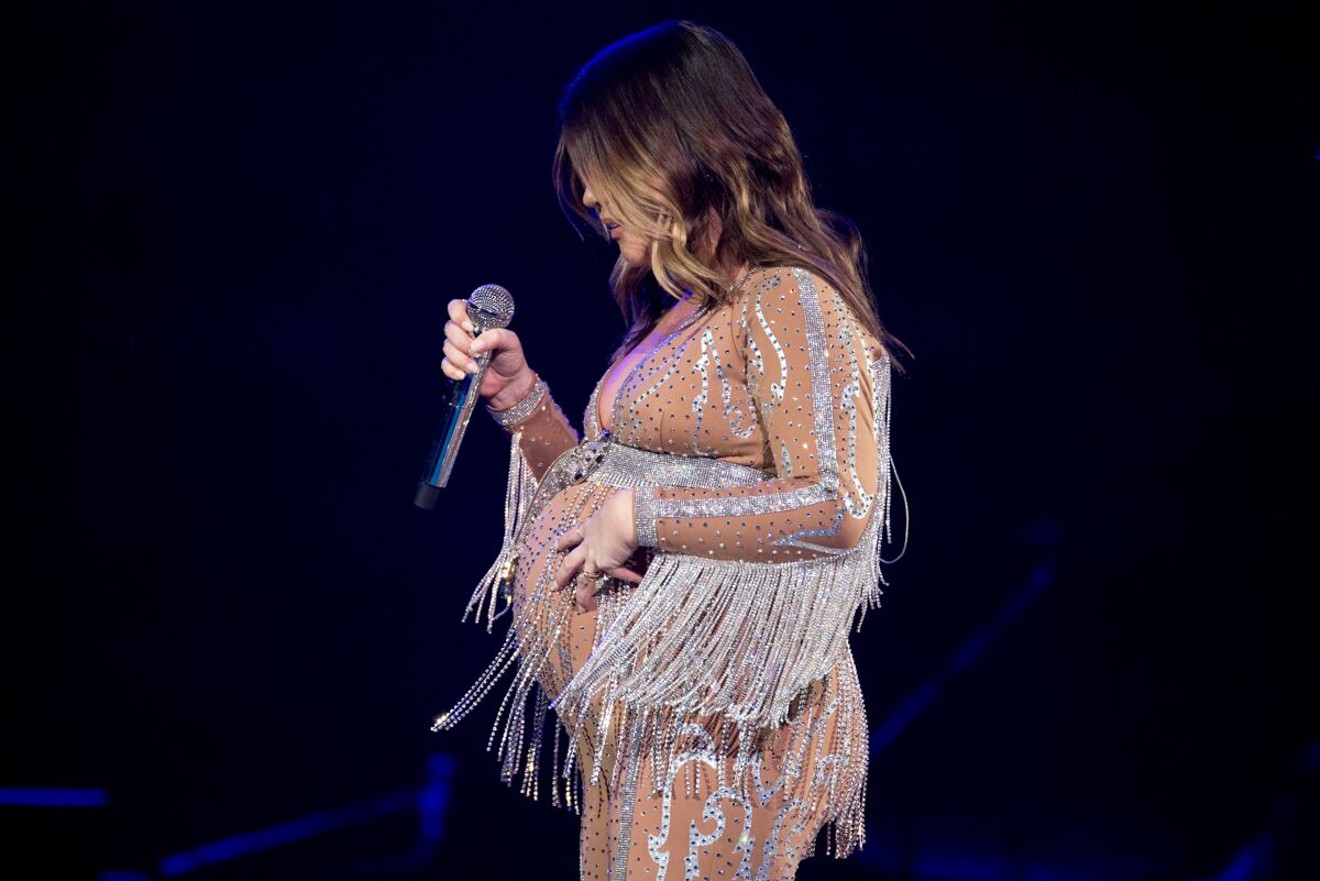 Maren Morris will make you feel like an underachiever.

She released her first album at the age of 15, and would drop two more (while writing songs for the likes of Tim McGraw and Kelly Clarkson) before her major label debut. 2016's Hero vaulted Morris into the spotlight, earning her a CMA for Best New Artist and a Grammy for Best Country Solo Performance ("My Church").

More accolades accompanied last year's Girl, which has already provided two No. 1 singles (the title track and "The Bones"). And did we mention she had a top-charting pop single ("The Middle") and co-founded The Highwomen alongside Amanda Shires and Brandi Carlisle? And she just made her Houston Livestock Show and Rodeo debut while nine months pregnant?

I'm exhausted and all I did was type all that out just now.

I don't want to make a big deal out of the pregnancy thing, but we need to acknowledge how difficult it must be to play a gig with another human being about to erupt from your body. All manner of artists have performed "with child," from Beyonce to Carrie Underwood, but none have belted out bangers like "80s Mercedes" and "The Bones" in a skintight fringed ensemble and made it look effortless.

Okay, not entirely effortless. Morris was occasionally short of breath between songs, which only made how dialed in she was during the actual performance that much more impressive. Or maybe, as she said, her protracted gestation was a result of her child trying to ensure he was born in Texas.

Morris's pregnancy also provided a backdrop for her own career struggles. She recounted to story of the drunken exec who mocked her for wanting to release "I Could Use A Love Song" because no on wanted to listed to "sad women on the radio." A year later, the single was at the top of the charts, and the radio dude was fired. 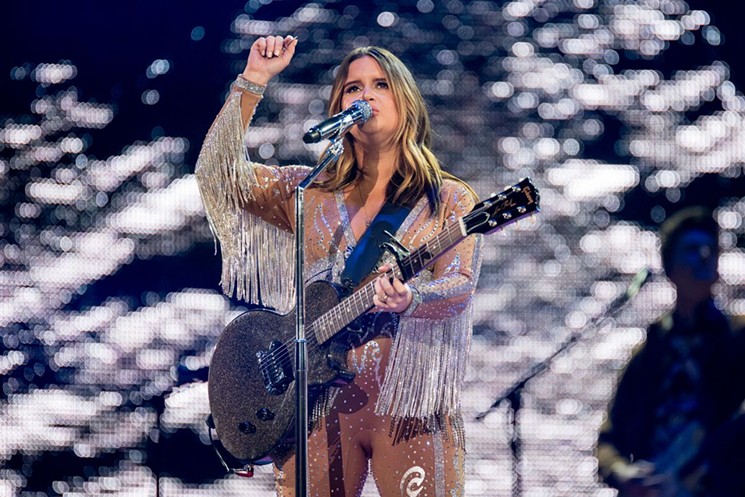 The cofounder of The Highwomen made her RodeoHouston debut Satruday night.
Photo by Jack Gorman
It shouldn't take a visibly pregnant artist to point out the inequities in the music business, but that's where we are. Fortunately, Morris has been championing he cause of women in country for years, and if the belly helps, awesome.

It's always somewhat bittersweet to hear a favorite artist will be playing the Rodeo. For many artists, NRG Stadium is the biggest venue they've ever played (or ever will). We want our favorite acts to succeed, after all. But your enthusiasm is tempered by knowing A) what you're getting is far from an intimate experience, and B) if you're lucky, you'll hear half their regular set.

Maren Morris took the HLSR stage like the seasoned pro (at 29 years old, remember) she already is. If you missed her sold-out gig at Revention last year, hopefully you got to experience what is sure to be a long and heralded career. Impending baby or not, Morris isn't going anywhere, and she had the presence to be a Rodeo — and Houston — fixture for a long time indeed.

Personal Bias: Was hoping to hear "To Hell and Back," and I did.

The Crowd: Nervously joking about the coronavirus.

Overheard [on the Metro]: "I goddamn hate the Rodeo."

Random Notebook Dump: "How is mutton busting not child abuse?"

Girl
80s Mercedes
All My Favorite People
To Hell & Back
I Wish I Was
The Middle
I Could Use a Love Song
RSVP
Once
Rich
The Bones
My Church
KEEP THE HOUSTON PRESS FREE... Since we started the Houston Press, it has been defined as the free, independent voice of Houston, and we'd like to keep it that way. With local media under siege, it's more important than ever for us to rally support behind funding our local journalism. You can help by participating in our "I Support" program, allowing us to keep offering readers access to our incisive coverage of local news, food and culture with no paywalls.
Make a one-time donation today for as little as $1.