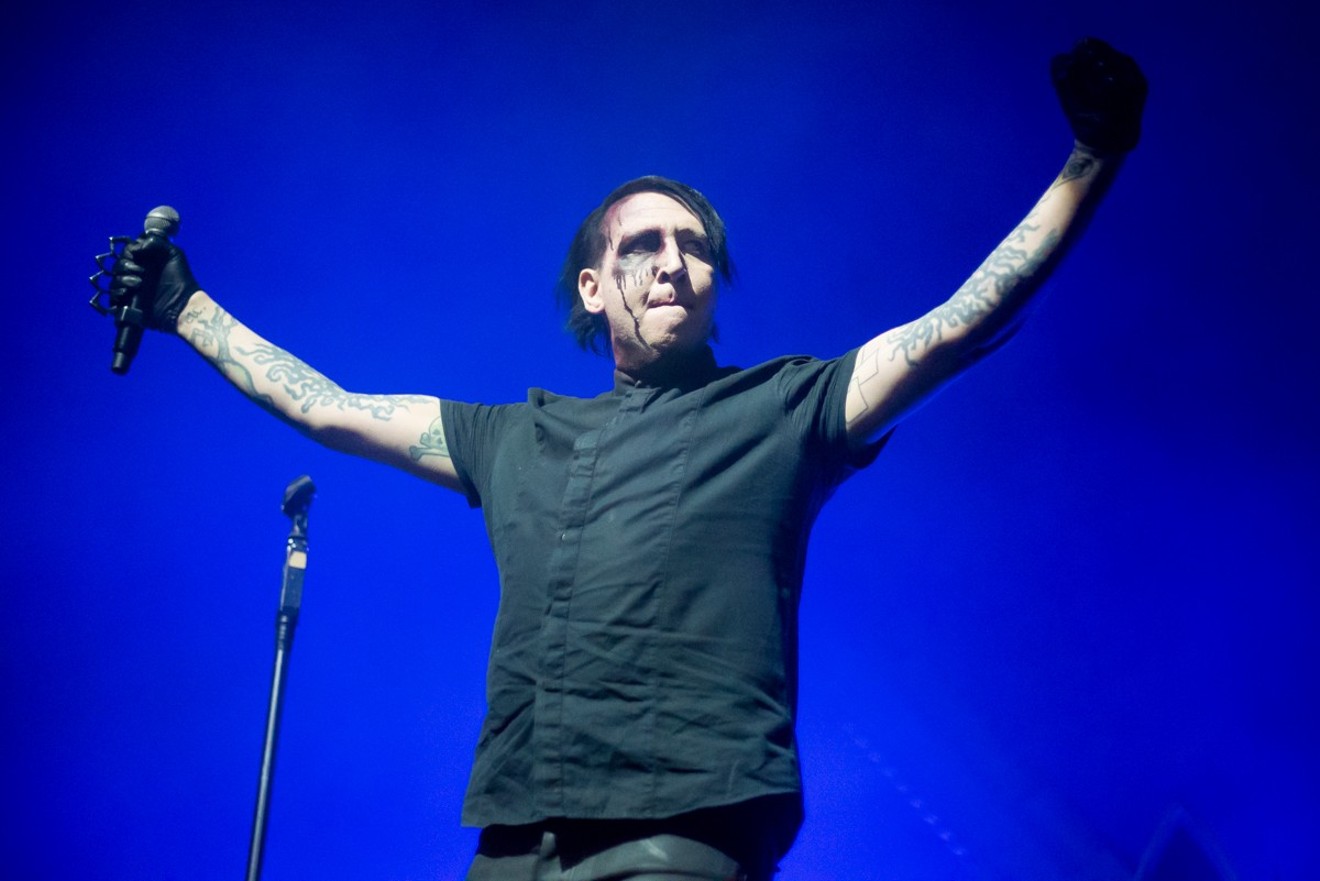 Going back to the drawing board with Marilyn Manson. Photo by Jack Gorman

Marilyn Manson turned 49 this month. He didn't make a big fuss about it during his sold-out performance at House of Blues Wednesday night, but it's worth mentioning.

Because in recent years, the singer-songwriter has been criticized for his stage presence, or lack thereof, compared to his heyday. But for (anti) Christ's sake, people, the man is pushing 50. Of course he has slowed down a bit.

Even with fewer bells and whistles to fortify his act, Manson's career has experienced a revival of sorts. And this go-round, there haven't been any sensational stories about his ties to the Church of Satan or rumors about a rib removal and self-fellatio.

Instead, Manson went back to the drawing board and made some compelling music.

With the help of producer Tyler Bates, the self-proclaimed God of Fuck wrote and released two of his most interesting albums since the Triptych Trilogy. 2015's The Pale Emperor and last year's Heaven Upside Down are his best work in over a decade, their dark stylings notwithstanding.

And just because he has tempered his live act doesn't mean it's boring.

Wednesday night, Manson hobbled around the stage for just over an hour, slightly hindered by the boot he was shackled with following a stage mishap back in September. The incident resulted in a broken leg and forced the band to reschedule a number of dates on the tour, including their visit to Houston. Fans were noticeably restless.

During "This Is The New Shit," Manson was sprawled across the front of the stage, screaming. He looked as if he had put every ounce of energy he had into his vocal chords, from which he bellowed his iconic roar as he collapsed in front of his fans, his boot splayed awkwardly behind him.

Shortly afterward, he rose to his feet and delivered the following line as the crowd sang along: "Let us entertain you."

Near the end of his set, Manson seemed to drop his facade for the briefest moment. "Houston, I have a lot of problems," he said to a few light-hearted chuckles. "You've probably heard that one before, but... I'm a troubled individual."

For all his demons, Manson was in rare form Wednesday night. His live performances have been markedly haphazard of late. His reputation as a boozer and drug-lover precedes him, of course, but immortality eludes us all. Nonetheless, he looked and sounded great during his latest visit to the Bayou City, perhaps because he's cutting back or just perfecting a cocktail that won't cripple him onstage.

Despite comprising only 14 songs, Manson's set touched on almost every good album he has released dating back to 1995's Smells Like Children. He mercifully spared the crowd from any cuts off Eat Me, Drink Me, The High End of Low and Born Villain, which even fanatic supporters (such as myself) have admitted weren't his best work.

Was it Golden-era Manson? Maybe not. All icons get older, after all. But while their shows may change, many of them find new ways to keep their performances interesting. Wednesday night was proof that Manson can do just that, assuming he can keep himself halfway sober.

PERSONAL BIAS
I've been a Manson fan since before I was a teenager. My one gripe with Wednesday's show was that "Coma White" didn't make the cut. That song should be performed on every tour. C'mon, Manson. Give the people what we want!