Rolling Stone's Jann Wenner Spills Some of the Tea 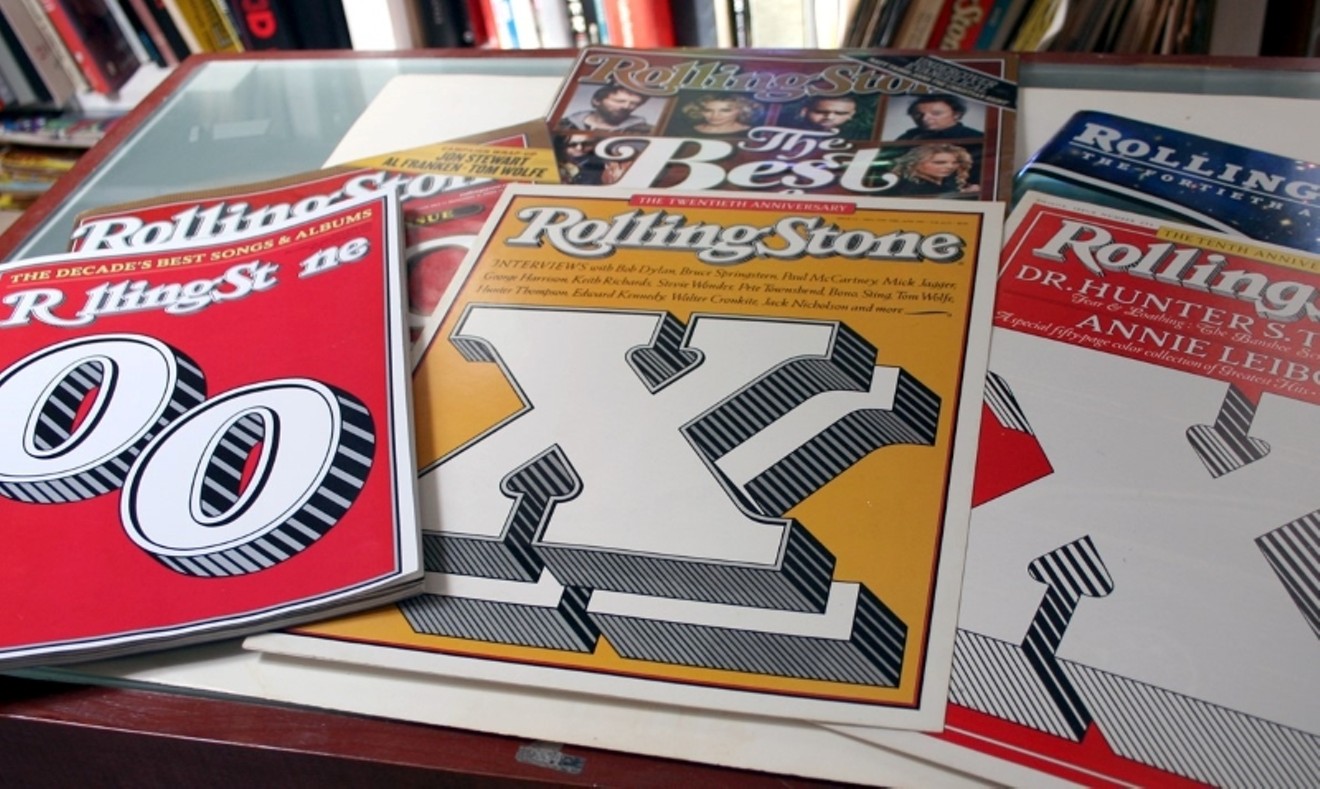 Founder Jann Wenner chronicles the history of his revolutionary magazine in the new memoir, Like a Rolling Stone. Photo by FontShop. Creative Commons.
Thud.

Worry not, gentle reader. Those are only the sounds of namedropping emanating from Like a Rolling Stone (Little, Brown and Company, 576 pp. $35),  a new memoir written by Jann Wenner, the founder of Rolling Stone magazine. 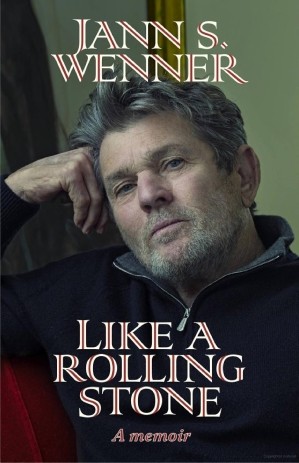 Book cover.
Full disclosure: I first purchased a subscription to Rolling Stone when I was 13. As Wenner says, quoting staff member Chet Flippo, “Each issue [was] like a letter from home.” For a number of years, I willingly accepted anything printed in the magazine as gospel. Such was the influence and power of Rolling Stone in those days. Later, I realized that each issue was printed on cheap newsprint and not carved in stone tablets.

When Jann Wenner began publishing Rolling Stone, he was regarded as something of a wunderkind. As the years wore on, he was regarded as something of a starfucker. So it’s not much of a surprise that the names of celebrities show up in his memoir at every turn. Accordingly, the book’s index is over 15 pages, in very small type. Lots of names, lots of names.

Wenner is forthcoming but, it would seem, not in a truly authentic fashion. The term “disingenuous” certainly comes to mind. With this guy, you don’t really know if you’re getting the whole story. While he is perfectly willing to criticize others (well, not his mega-celebrity friends), Wenner rarely turns that incisive, penetrating lens on himself. When discussing his multiple dalliances with other men during his marriage to wife Jane, he says, “I concealed too much to be fully honest.”

The future mogul was lucky enough to be in the right place at the right time. He grew up a “fortunate son” (his term) in San Francisco, went to college in Berkeley at the height of the Free Speech movement, hung out at the Fillmore West, attended the Monterrey Pop Festival, and took lots of acid. In 1967, there was a distinct void in American music publications. Tiger Beat and 16 covered the teeny bopper scene, and Downbeat kept jazzbos informed. But there was no magazine dedicated to (relatively) serious reportage concerning rock and roll. Enter Rolling Stone.

According to Wenner, the new magazine quickly gained national attention despite the fact that no members of the staff (and he was at the top of this list) seemed to know what they were doing. In job interviews, potential employees were evaluated on the following criteria: European travels, musical favorites, and past LSD use. No doubt one of the few circumstances in which being a druggie was key to securing the gig. 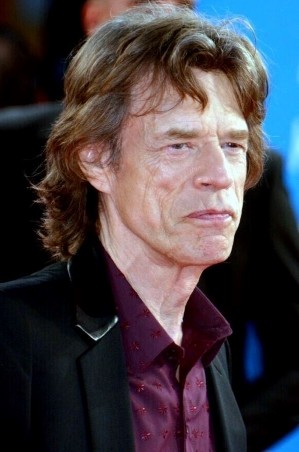 Mick Jagger, lead singer of the Rolling Stones and a close personal friend of Jann Wenner.
Photo by Georges Biard. Creative Commons.
An early Rolling Stone subscription offer promised readers that they would be sent a free handcrafted roach clip when they signed up, and this helped to fill the coffers on a short-term basis. Later, much-needed operating capital came in the form of guaranteed advertising from Columbia and Elektra Records. Wenner reflects, “Things were starting to get busy. I hardly had time to take drugs.”

Nevertheless, the newbie publisher managed to wedge in at least some opportunities to consume illicit substances as Rolling Stone took off, its fortunes buoyed by a few lucky breaks, such as an exclusive interview with John Lennon shortly following the demise of the Beatles.

It was around this time that Wenner began to encounter a problem that would plague him during his tenure at the helm of the magazine. Fans of the film Almost Famous (in which Wenner has a nonspeaking cameo role, credited as Legend in Cab) will remember a scene depicting the young protagonist William Miller (a stand-in for writer, director, and former teenage Rolling Stone correspondent Cameron Crowe) on the phone with rock critic Lester Bangs, portrayed by Philip Seymour Hoffman.

In midst of an inspired rant, Bangs counsels the young scribe on the topic of maintaining boundaries with the celebrities he encounters. “Aw, man. You made friends with them. See, friendship is the booze they feed you. They want you to get drunk on feeling like you belong. My advice to you? I know you think those guys are your friends. You wanna be a true friend to them? Be honest, and unmerciful.”

Evidently, Wenner never got that particular memo. He was an enthusiastic lapdog when it came to the big (and even not-so-big) stars, enjoying the hang to an excessive degree, easing – and sometimes elbowing -  his way into the jet set in a calculated fashion. Wenner set up his house in San Francisco as a hippie salon with the aid of his wife. “She managed friendships while I worked. She charmed the people we wanted.”

Unfortunately, this easy access to celebrity clouded his editorial judgment on more than one occasion, as Wenner would either soften or excise criticism of his famous friends as he edited copy. In some cases, notably a Bob Dylan album review, he took over the story from a staff member to ensure that the piece was flattering to the artist in question.

In job interviews, potential staff members were evaluated on the following criteria: European travels, musical favorites, and past LSD use.

Not a good idea, as Wenner was and is not a skilled writer, given to clunky metaphors and similes. He describes his visit to the Democratic National Convention in 1972 by noting, “I was in the pounding, blood-filled central cortex of the nation.” Earlier in his recounting of the event, Wenner says that the sound of helicopters was “inescapable, locked into your brain like distant chain saws cutting down a forest.”

A special category was reserved for Mick Jagger. Wenner and Jagger became fast friends early in the game, and the publisher was always worried about angering the leader of “The Greatest Rock and Roll Band in the World” (Wenner takes credit for bestowing that title, despite evidence to the contrary). Such was his Mick worship that Rolling Stone writer Charles M. Young once composed an entire Random Notes gossip column containing nothing but mentions of Jagger.

Wenner has plenty to be proud of, but he makes it difficult for a reader to enjoy his success when, in listing his birthday presents, he says, “Mick bought me a set of caviar spoons.” Around the time he moved the magazine’s headquarters to New York, Wenner’s circle of celebrity friends expanded to include the likes of Jacqueline Onassis (sorry, “Jackie”), Andy Warhol, Truman Capote and other Beautiful People. 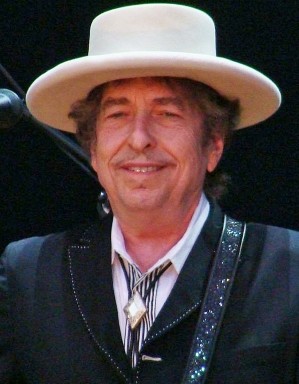 Pulitzer Prize winner Bob Dylan, a dear friend of Jann Wenner.
Photo by Roberto Cabello. Creative Commons.
Many on the Rolling Stone staff were afraid that Wenner had fully succumbed to the lure of celebrity after the publication of a certain picture. According to Rolling Stone mainstay Hunter S. Thompson, “Sandy [Thompson's wife] came back from the store with the mail and the latest issue of Newsweek, the one with the photo of Caroline Kennedy rolling Jann through the door of Elaine's on that custom-built dolly from Neiman-Marcus. She thought it was a photo of Caroline and Bella Abzug on the campaign trail."

The staff members were right about the direction Rolling Stone was taking. More movie stars, fewer musicians on the cover. More pop culture, less rock and roll. Eventually, Wenner’s attentions were occupied by matters other than maintaining the quality of the unique publication he had birthed.

For Wenner, it was not enough to be running the most successful rock and roll magazine in the country. He wanted to have a publishing empire, produce films, and hang out with the movers and shakers in national politics. He got there, but at the price of his legacy. Like a Rolling Stone is something of a cautionary tale, but I’ll bet the book’s author doesn’t see it that way.

Wenner finally sold his remaining share in Rolling Stone at the end of 2017. The magazine is still around, but it’s not the same. Like many great publications, its time has come and gone. Or, as Wenner’s close personal friend Bob Dylan might say, “It’s all over now, Baby Blue.”
KEEP THE HOUSTON PRESS FREE... Since we started the Houston Press, it has been defined as the free, independent voice of Houston, and we'd like to keep it that way. With local media under siege, it's more important than ever for us to rally support behind funding our local journalism. You can help by participating in our "I Support" program, allowing us to keep offering readers access to our incisive coverage of local news, food and culture with no paywalls.
Make a one-time donation today for as little as $1.