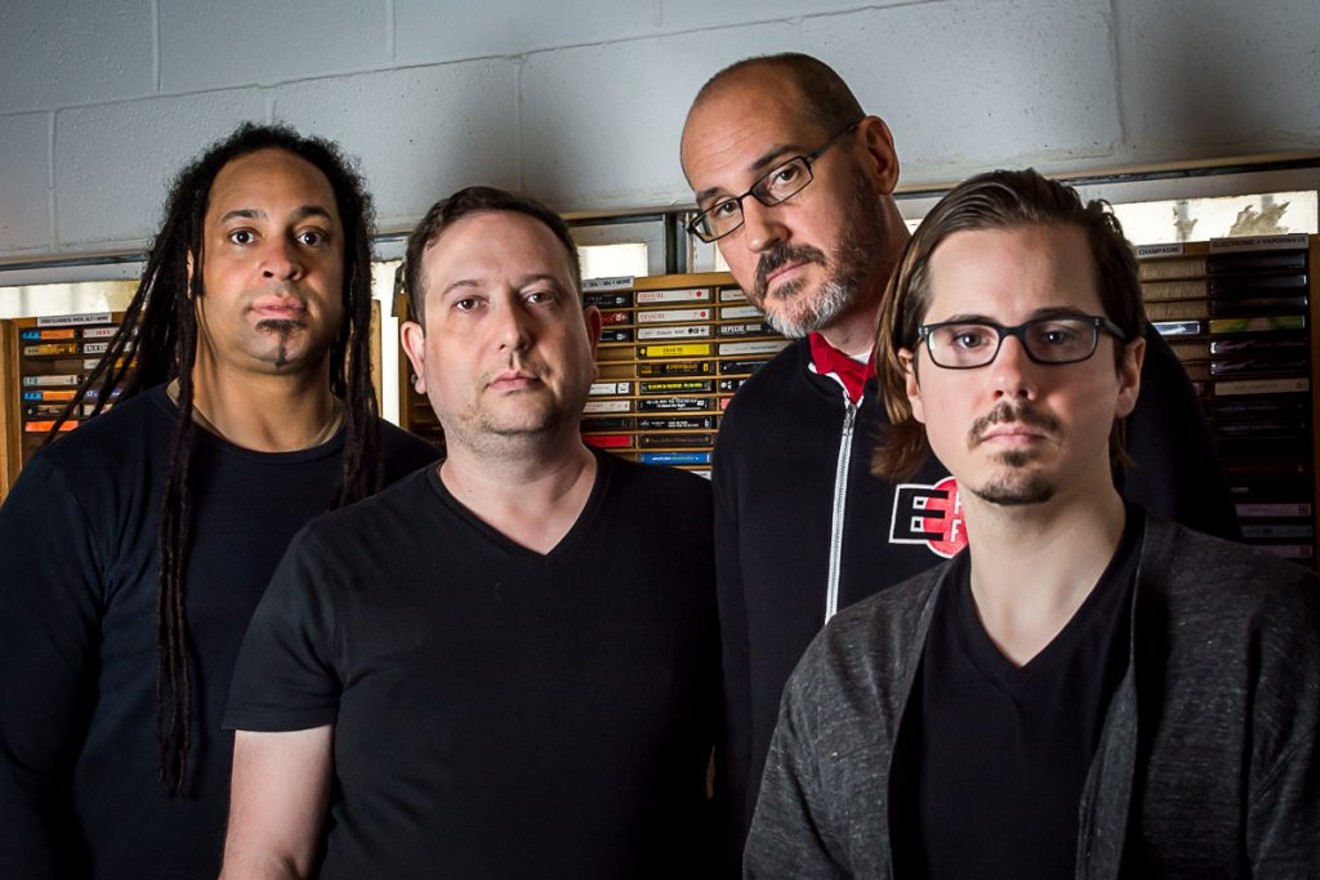 Slow Future go against their name on new song. Photo by Michael Villegas
The number of bands in Houston that have been around for a minute who haven't gotten written about has always been staggering. Look around, there's a great chance that you know band members who have been playing around Houston for a while who have never had two words written about them.

The members of Houston's Slow Future easily fall into that category. They have their own style, represented best on their new single "If It Happened To You," found exclusively here. Mixing elements of funk and rock together, the track is definitely their own, and creeps up on you with a slow hook.


The song is a slow burner, not hitting really until it's about halfway in. There's a meandering bass line that's met with a hook-filled riff that keeps the song in your ears, before it ignites and lets off a bit of steam. The band's signature mix of traditional alt rock structures with intermittent funk lines peppered throughout, make the song one that fits with what the band has done in the past, while changing things up enough to sound completely new. The band is stretching their legs here while staying firm in their earlier sounds, creating something wholly new in the process.

The result is a song that showcases the strengths of this band that should hopefully start to help them garner more attention. You can stream the video above as much as you'd like, or pre-order a limited edition cassette version of the single from the Slow Future Bandcamp page. You can get your own copy of the seven-inch record when Slow Future performs the single's release party at Rudyard's on May 5. The all ages show will also have a performance from A Sundae Drive, as well as a video release. Doors at 8 p.m.; $10 for under 21 or $8 for the adults.