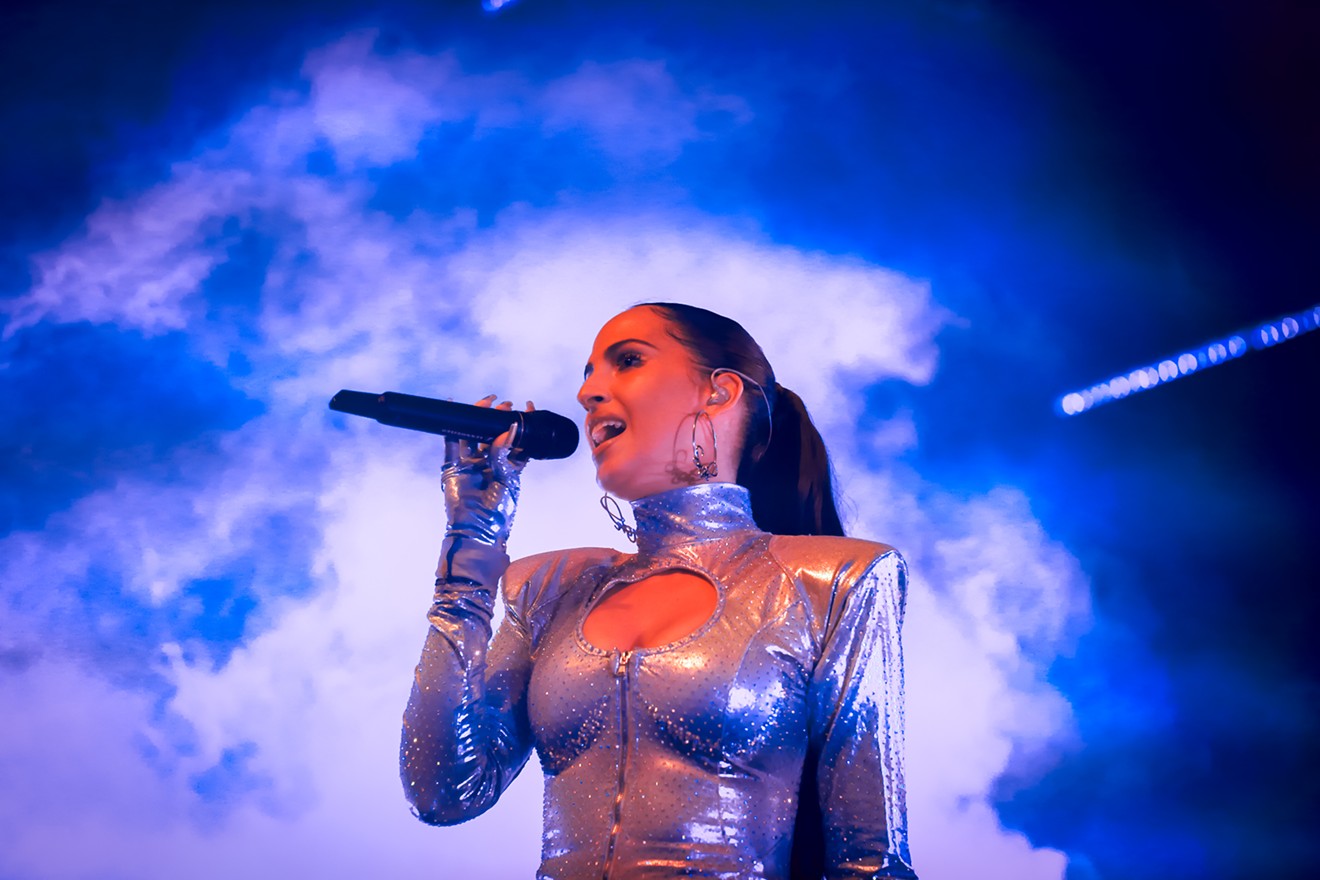 Snoh Aalegra captivated fans Saturday night at Bayou Music Center. Photo by Marco Torres/@MarcoFromHouston
Red fog wafted across the stage at Bayou Music Center, drifting past Shahrzad Fooladi so that she could barely be seen. Standing center stage behind a microphone, the light flickered and reflected off her crystal studded bodysuit.

“This next song,” she abruptly stopped and waited for the cheering of the crowd to die down. “This next song is dedicated to all the fuck boys around the world!”

The audience screamed as people threw their hands in the air and phones came out to record the artist better known as Snoh Aalegra as she began dancing to her band as they began playing “Nothing to Me” off her second studio album Ugh, Those Feels Again.

Snoh Aalegra returned to Houston Saturday night giving fans a sultry, smoke-filled set of R&B. The Swedish singer gilded across the stage, disappearing and reappearing in clouds of smoke as she ran through hits from her 2019 release as well as her most recent offering, the Grammy nominated Temporary Highs in the Violet Skies. Audience members swayed and sang along as she encouraged them to join in. 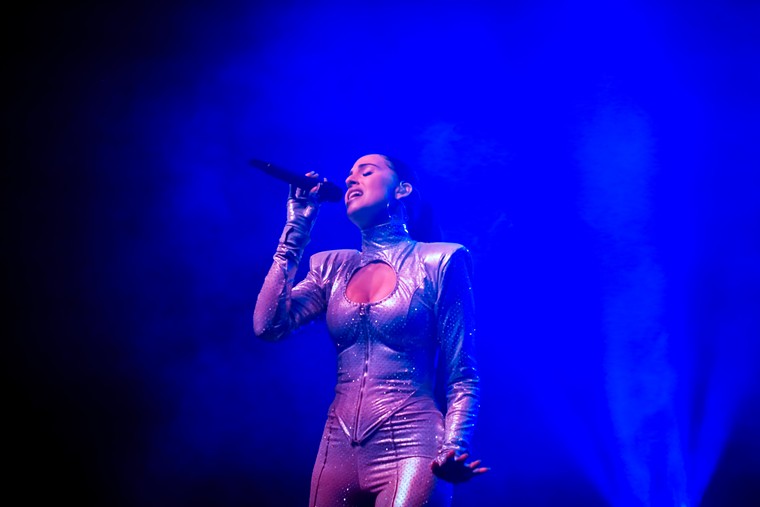 Aalegra ran through songs from her latest offering.
Photo by Marco Torres/@MarcoFromHouston
“Tonight, I’m not taking anything for granted,” she exclaimed as she took a break to look at the room. “I wrote some of these songs while we were in the pandemic so every time I perform them it takes me to a strange place. Imagine everything we took for granted. Just being at a concert or making memories with friends. I’m never taking anything for granted.”

Aalegra’s music is laid back and her show reflects that. Simple and sultry, the stage only had Aalegra and her band who were often covered in fog as lights danced over them and the room. At times in looked like she was performing in the middle of a cloud, often being completely out of view as she moved from the back to the forefront of the stage. The production gave the show an air of mystery as fans focused on the music as they caught glimpses of Aalegra and her band playing through the manmade clouds.

After letting everyone know not to take the night for granted, she gave fans plenty of opportunity to make memories as she went through fan favorites like “Situationship,” “Whoa,” I Want You Around” and “Find Someone Like You.” The response from the sold-out crowd was overwhelming as they sang along, danced, and embraced to Aalegra’s voice. Some were so excited they immediately started thinking about when they would see her again. 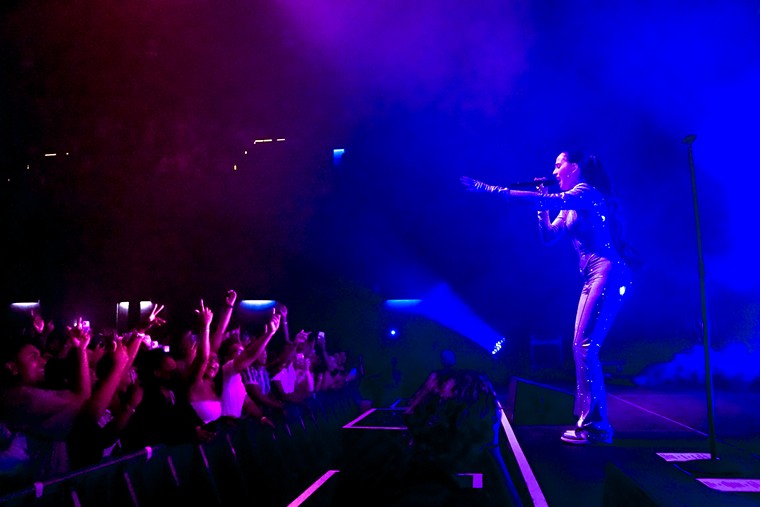 The sold-out show crowd hung on every word as they sang along with Aalegra throughout the night.
Photo by Marco Torres/@MarcoFromHouston
“Her voice was everything!” said J.A. Buie. “She was smooth and melodic. I’m ready to see her in concert again…like tomorrow.”

Other fans were mesmerized by the singer’s presence on stage.

“Her music was just like her outfit,” said Seth Ellis. It was sultry and shined without taking away from the lyrics. She made you want to dance, feel, and love again.”
KEEP THE HOUSTON PRESS FREE... Since we started the Houston Press, it has been defined as the free, independent voice of Houston, and we'd like to keep it that way. With local media under siege, it's more important than ever for us to rally support behind funding our local journalism. You can help by participating in our "I Support" program, allowing us to keep offering readers access to our incisive coverage of local news, food and culture with no paywalls.
Make a one-time donation today for as little as $1.