Something Else Are Ready To Make A Splash 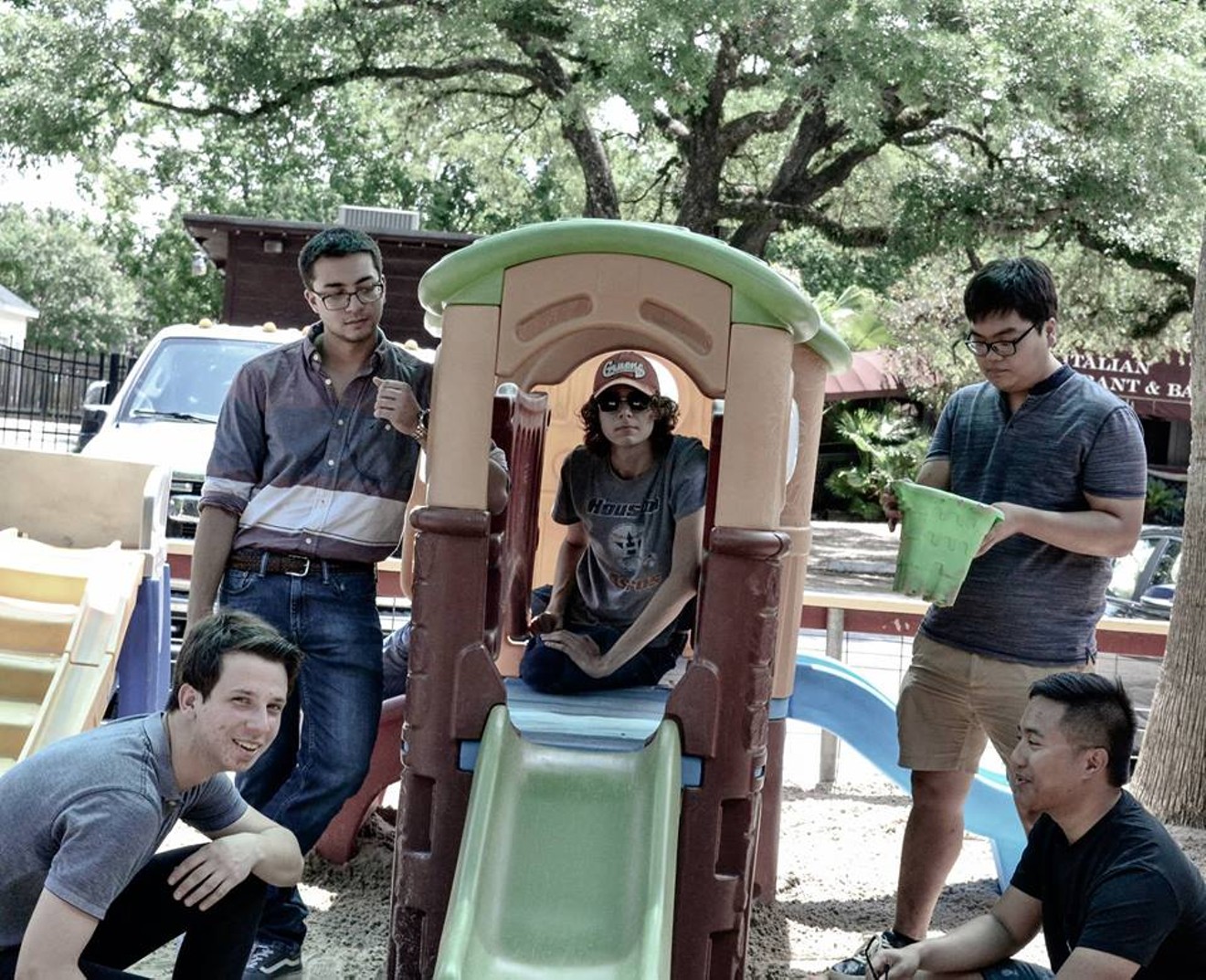 Houston's Something Else offers something else indeed. Photo by Alan Diaz Vela

Houston's Something Else is a band that really doesn't fit into a genre, though they're not off-beat sounding either. On the new single "Don't Want It," from the band's upcoming album An Entire Album About My Ex-Girlfriend,  they take notes from bands like The Strokes and Franz Ferdinand without really becoming a carbon copy of either in the process.


The song found exclusively here, has moments of subtle indie rock with almost post-punk vocals. There's nice little nuggets of jingle in the guitar and the stride set by the snappy drums makes the track hard not to stay in your head. The disaffected vocals eventually open up alongside the jangle pop hooks and the rhythm section, making the song one you'll probably repeat again and again.

You can stream the song as much as you'd like from the above link. You can hear the entire album when it's released on all platforms on August 22. With a release party in the works, you can catch Something Else in person when they play on October 6 at Notsuoh. For more information on that, follow the band on Facebook.
KEEP THE HOUSTON PRESS FREE... Since we started the Houston Press, it has been defined as the free, independent voice of Houston, and we'd like to keep it that way. With local media under siege, it's more important than ever for us to rally support behind funding our local journalism. You can help by participating in our "I Support" program, allowing us to keep offering readers access to our incisive coverage of local news, food and culture with no paywalls.
Make a one-time donation today for as little as $1.