Toto's Steve Lukather Holds to No Line in Wild Memoir 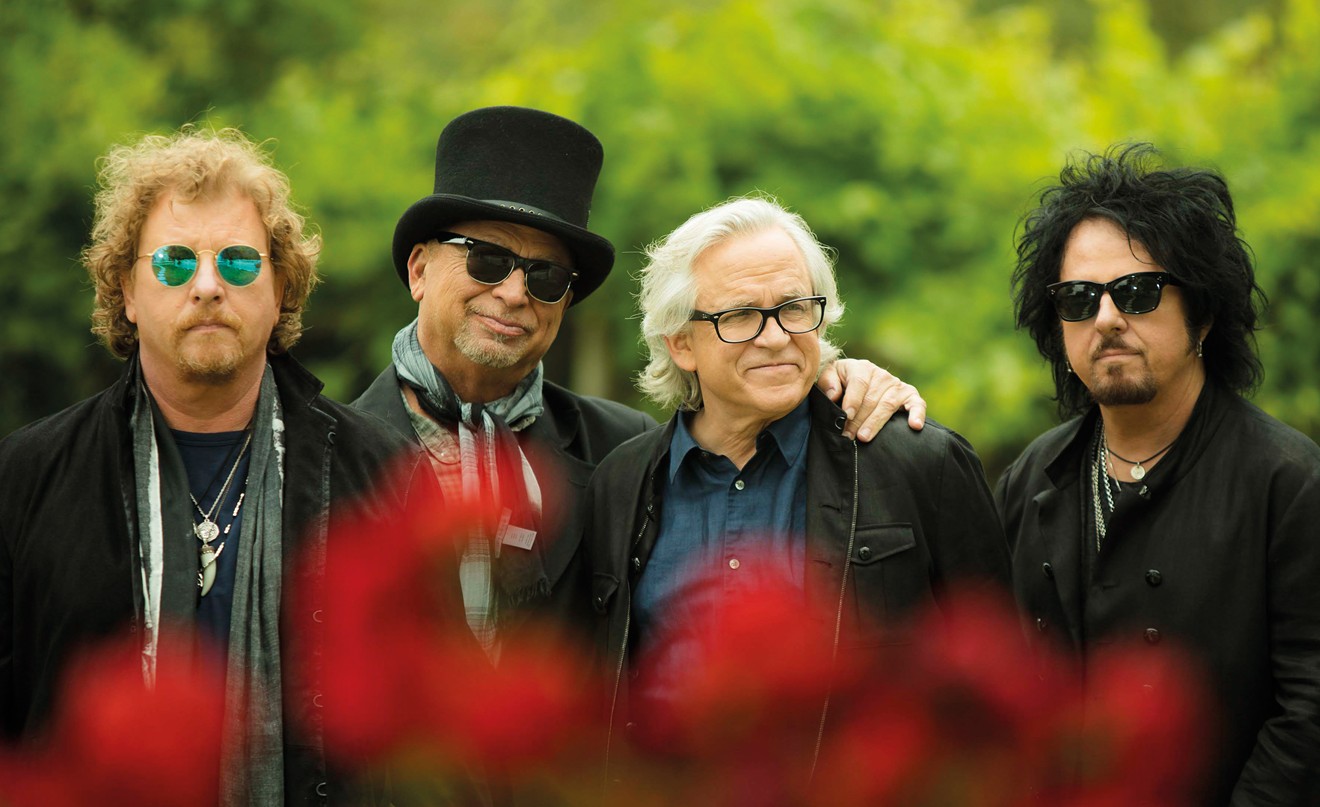 Toto’s singer/guitarist Steve Lukather was sure that the song was going to be a stinker and hurt the band’s career. I mean, who could relate to a number about a continent that the vast majority of their fans had never seen or been to? And that line about “blessing the rains?” As he writes in this memoir “what the fuck does that mean?” So sure was he of this song’s dismal fate, that he declared to bandmate David Paich that he would “run naked down Hollywood Boulevard” if the song was a hit.

Book cover
Well, if Lukather had kept his word, his bare ass would have made more than a few trips up and down the street, because not only was “Africa” a #1 hit in 1983 and became the band’s best-known song, it has inspired many, many references in pop culture and remakes, including the version by Weezer that was a recent smash. “Everytime you forget about it, someone else samples it, and it breaks out all over again,” he laments.

The album that it came from, Toto IV, would also include the hits “Rosanna” and “I Won’t Hold You Back” (which Lukather co-sang and sang respectively) and earn the band nine Grammys that year. Toto's other best known songs include "Hold the Line," "99," and "I'll Be Over You."

It’s just one of story after story that he unfolds in this book, one of the most entertaining rock memoirs of recent years. He writes “It’s not a book about where I put my dick or what I put up my nose,” though there is plenty of that in the narrative (in addition to what liquids he put down his throat). But in the end the crux of this book is about the man and his music and a wildly varied career.

Of course, there’s a lot about Toto, especially his relations with classic lineup bandmates Bobby Kimball, David Paich, David Hungate, and brothers Steve & Jeff Porcaro. He discusses later lineups and albums, which had varying degrees of success (and failures).

There is some score-settling, especially when it comes to Kimball, his vocal abilities, and substance abuse issues, though Lukather himself pulls no punches about his own behavior. His painful reaction to the freakish death of Jeff Porcaro from a seizure that was likely related to his use of regular insecticide and a preexisting heart condition is particularly compelling. 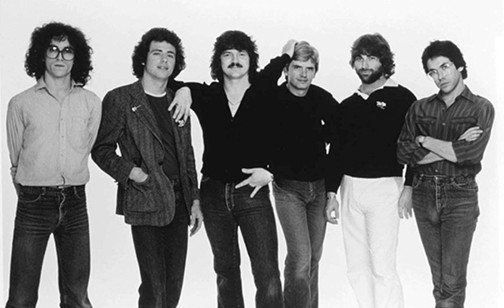 Toto in 1984 at the height of their success: Steve Porcaro, Steve Lukather, Bobby Kimball, David Hungate, David Paich, and Jeff Porcaro.
Columbia Records Publicity Photo
While his career with Toto is what he’s best known for, Steve Lukather has always maintained an active other career as a session player before, during, and after his stints with Toto (as did Paich and the Porcaros). Very active.

He estimates that his very varied guitar playing has graced some 5,000 albums, including such artists as Paul McCartney, Steve Nicks, Elton John, Don Henley, Eric Clapton, Alice Cooper, Cher, Miles Davis, Roger Waters, and Aretha Franklin. He’s got stories about all of them and more. Just a partial discography in the back of this book runs 21 pages of small print.

And most listeners have heard Lukather on very famous songs even if they don’t know it. That’s him playing the solo on the Tubes’ “She’s a Beauty” and Olivia’s Newton-John’s “Physical” along with the end solo on Henley’s “Dirty Laundry.” And most famously, the first famous notes/riff on Michael Jackson’s “Beat It” (though Eddie Van Halen handles the even more famous solo). That’s even him playing the screeching, ear-splitting work on screen mimed by Tommy Chong that clears an entire music shop out of customers in Cheech and Chong’s Next Movie.


Steve Lukather’s life also crossed over into the acting world of Hollywood, as his father was a popular assistant director. So he hung out with a lot of children of stars will into their adult years like Todd Fisher, Miguel Ferrer, and George Clooney. One anecdote involves a highly-inebriated Lukather having sex with one of the extras from Van Halen’s “Hot for Teacher” video in the backseat of a car being driven by a sober (and annoyed) George Clooney. When Clooney puts on a tape of his mother Rosemary’s singing to drown out the sounds of ecstasy, then abandons the pair in the vehicle to foot-hike it down Mulholland Drive, it could pass for a scene from “Curb Your Enthusiasm.” But it happened.

Then there’s the day that started with Lukather doing shots of Jägermeister on a golf course with Eddie Van Halen and Tommy Lee from Mötley Crüe, led to ingesting mushrooms with Ferrer, and ended with him dropping acid with actor Brandon Lee. In this book, the party is always raging, though Lukather admits how it also destroyed several marriages and the relationships with his children. These incident and personality-based stories are all great – and many very, funny - but the music fan in many readers may have wanted a bit more words about guitars and writing and albums.

Today, Steve Lukather is sober, has mostly mended fences with his family, and splits his time with Toto (the band recently completed a 40th anniversary trek) and Ringo Starr’s All-Starr Band. And while many chapters in The Gospel According to Luke are not fit for lessons in any traditional Sunday School, it’s a course all its own in the School of Rock.