Taylor Swift's Intimate Turn is One of 2020's Highlights 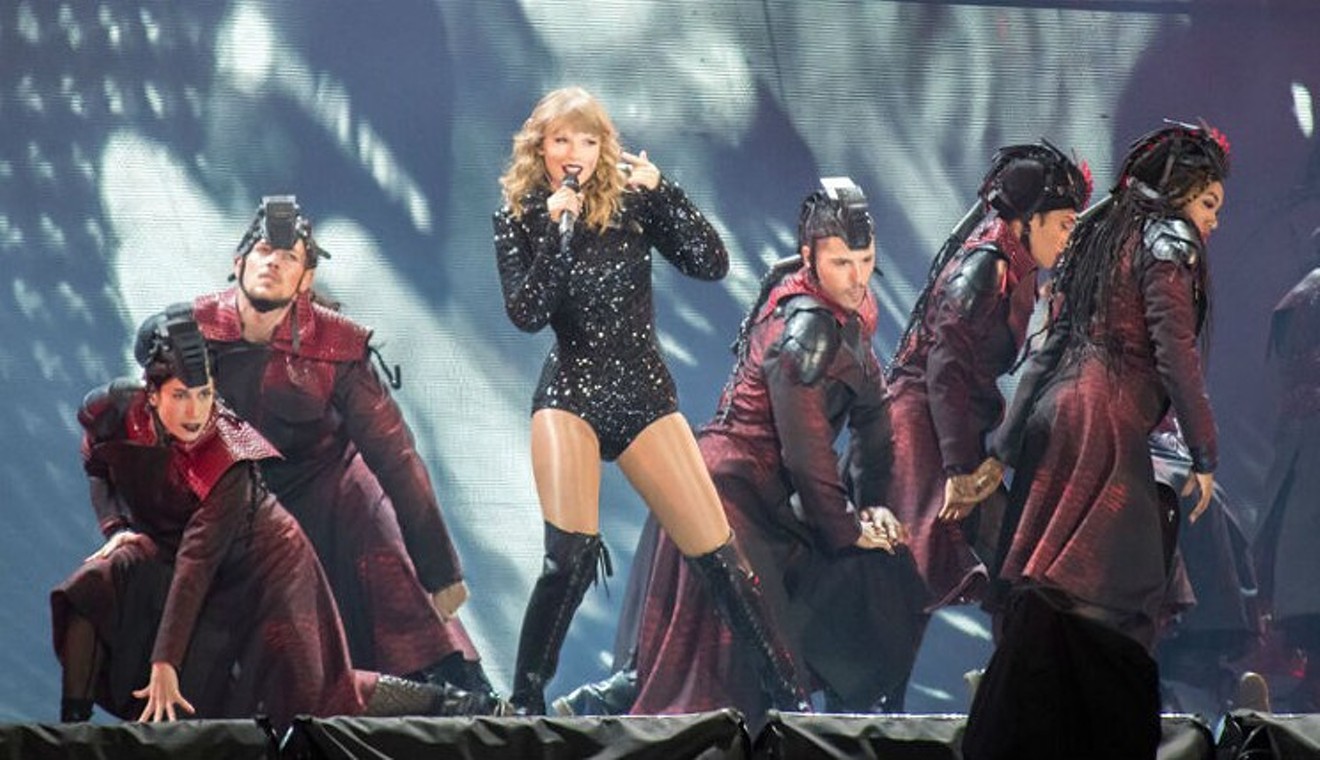 Taylor Swift, back when we were allowed to go outside. Photo by Jack Gorman
One of the side effects of modern “stan” culture is the reconception of the album release cycle. Yes, the component parts are all the same — singles, music videos, the album, tours — but it’s reframed the album as more than just a piece of art that you buy one day. Pop stars don’t release albums anymore; they launch “eras.” For someone like Taylor Swift, who is as much a brand as she is a human being, these eras are carefully calculated, multi-year affairs that revolve around an aesthetic as much as they do the songs being produced.

What’s striking about Swift’s pop trilogy — albums 1989, Reputation, and Lover — is how each has a strong visual look and feel while having almost no overarching signature sound. The retro-’80s throb of “Style” sits on the same record as the funky mover “Shake It Off” and the more indie-minded “Clean.” All three are very good songs, but all three sound like they come from very different records. The end result has been albums that have Swift one of the biggest names in music, but one whose influence has had more to do with how she approaches business than how she approaches songwriting. No one else writes songs like Taylor Swift, because there is no “Taylor Swift sound.”

Swift’s previous eras had to be massive. She wasn’t an artist playing dives or coffeehouses; her songs had to be stadium-ready the moment they left the studio. Yes, there was room for a couple of slower, more intimate numbers here and there — “You’ll Get Better Soon” was likely to wreck you before there was a global pandemic — but largely she was writing songs that had to be near overwhelming.

And then suddenly she didn’t have to write songs that way anymore, because there were no stadiums to fill. The songs didn’t need to be built to be screamed by 50,000 people wearing glowing wristbands. They could, for the first time in her career, Swift needed songs that could be soaked up in quiet isolation just as easily as they could be as part of a crowd.
Folklore and evermore, Swift’s 2020 sister albums, are both the most experimental and most consistent records she’s released. No one is going to confuse them for a Godspeed You! Black Emperor record, but a year ago, in the wake of Lover, you wouldn’t exactly believe that Swift would follow it up with pure indie-pop records that feature The National and Bon Iver. Shoegaze Taylor Swift? That was as likely to be on your 2020 bingo card as “Pentagon releases UFO videos.”

With these albums, Swift made a conscious decision to downsize her sound and lean in on intimacy. These songs may sound good on massive speakers but they’re made for headphones and earbuds. Many of them, with different production, could be absolutely bangers; Swift is a pop writer at heart, and you don’t have to use too much imagination to picture what a track like “Willow” might have sounded like in any other year. It’s almost as if she released remix albums to big pop productions that don’t exist.

One wonders how she would even tour behind these songs if touring were an option right now. These works feel closer to something that should be performed in theaters more likely to hold symphonies than pop icons. It will be fascinating to see how Swift integrates this era of her career into her live shows moving forward.

While it’s doubtful that Swift would return to the “cottagecore” well for whatever era comes next, by having two albums with such a distinctive look and sound Swift has given her a place to come back to down the line, not because the world has forced her to, but because she may find more stories to tell. And why not? With the excitement that comes with surprise releases and songs this good, fans are going to speak highly of the “folklore era” for years to come. There won’t be a lot from 2020 to look back fondly at, but at least there’s this.
KEEP THE HOUSTON PRESS FREE... Since we started the Houston Press, it has been defined as the free, independent voice of Houston, and we'd like to keep it that way. With local media under siege, it's more important than ever for us to rally support behind funding our local journalism. You can help by participating in our "I Support" program, allowing us to keep offering readers access to our incisive coverage of local news, food and culture with no paywalls.
Make a one-time donation today for as little as $1.