Talking the Past, the Present, and the Galaxy With Tears For Fears' Curt Smith 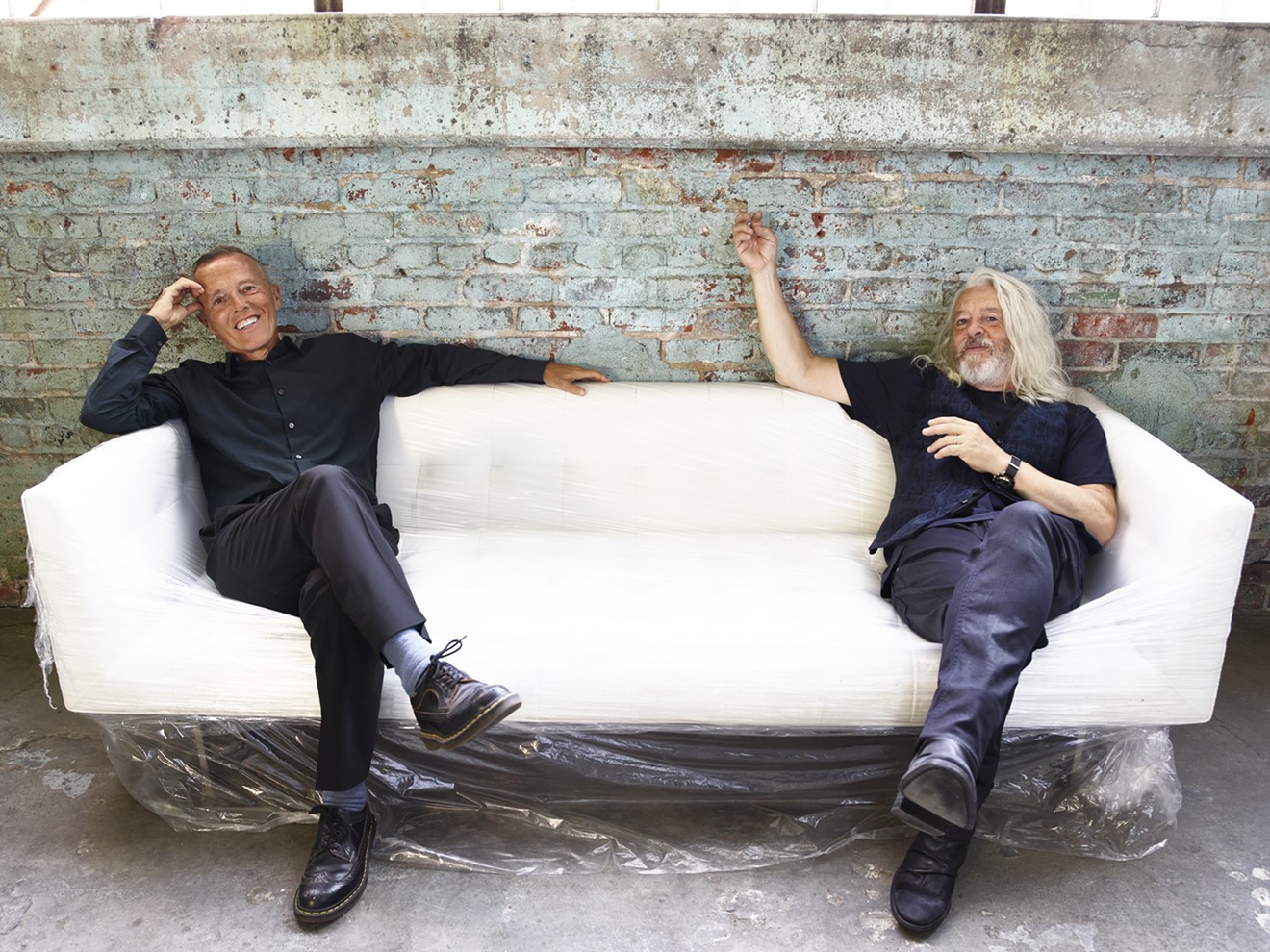 Curt Smith (left) and Roland Orzabal (Right) of Tears For Fears. Frank Ockenfels
Make no mistake: You’re going to hear the classics when Tears For Fears takes the stage at Smart Financial Center Wednesday night. You’ll get to sing about being head over heels, about everybody wanting to rule the world; you’ll get to shout it all out. But just because those songs are enduring classics doesn’t mean the band is stuck in the past.

“I’m not interested in nostalgia personally,” says Tears For Fears cofounder Curt Smith. “I take issue with people who say music is not as good as it was back in ‘name a decade.’”

“I remember all the bad stuff, and there was just as much of it then as there now,” he says.

So, maybe the past isn’t as rosy as the last decade of wistful ‘80s revivalism would have us believe. In fact, one could argue that the same problems that led to the creation of songs like “Shout” and “Everybody Wants To Rule The World” are the same problems that exist to this day. It’s in that universal experience that finds a whole new generation of fans discovering the band in the meaning in those songs.

“There are many occasions when I look at an audience and it’s people 20 to 25 singing,” says Smith. “And I think, ‘Oh yeah, that’s what I was feeling at the time when I was that age.’”

Pop music might not be the thing that saves the world, but the band’s hits in the ‘80s clearly struck a nerve, sending them to the top of the charts around the globe. But what happened next probably doesn’t come as a shock.

“I had hope for the future thinking things would be far more positive with us running it,” he says.
“Every 20-year-old thinks that. Unfortunately it seems like a lot of my generation didn’t agree with me.”
So where does that leave the Tears For Fears today? On the road with new music for the first time in years, touring behind their new record, The Tipping Point. There is temptation to call it a return to form or a comeback record, the type of platitudes you pile on a band that’s been around for over a decade when you want to say “Hey, you did okay.” The truth is The Tipping Point is simply a great record that sees two excellent songwriters doing what they do best.

“This is the first time in a long time we’ve managed to add new music to the set,” says Smith. “It’s kind of exciting because we don’t know quite yet what it’s going to be like yet. I think it’s going to be one of the more enjoyable tours we’ve done.”

Fans can expect to hear the new singles “The Tipping Point” and “Break The Man.” in addition to album cuts “Long, Long Time” and “My Demons.”

“They all sound fresh because we haven’t really played them,” says Smith. “I think as far as playing live, ‘No Small Thing’ is an absolute joy to play live because it’s quite complex.”
Will the new tracks have the lasting impact of their ‘80s counterparts? That’s for history to decide. But the next generation of fans may just discover “Everybody Wants to Rule The World” in the most unlikely of places: EPCOT. The song has been chosen as part of the soundtrack for the new Guardians of the Galaxy ride that opens this month in the Disney theme park. Upon hearing the news, Smith seemed amused.

“Oh wow,” he says with a laugh. “I loved Guardians of the Galaxy so I’m down with it.”

Tears for Fears at 8 p.m. Wednesday, May 25 at Smart Financial Centre. For more information, visit smartfinancialcentre.net.  $29.50-$49.50 plus fees.
KEEP THE HOUSTON PRESS FREE... Since we started the Houston Press, it has been defined as the free, independent voice of Houston, and we'd like to keep it that way. With local media under siege, it's more important than ever for us to rally support behind funding our local journalism. You can help by participating in our "I Support" program, allowing us to keep offering readers access to our incisive coverage of local news, food and culture with no paywalls.
Make a one-time donation today for as little as $1.