Nothing But The Truth: Bert Wills Releases New Album On Mort Records 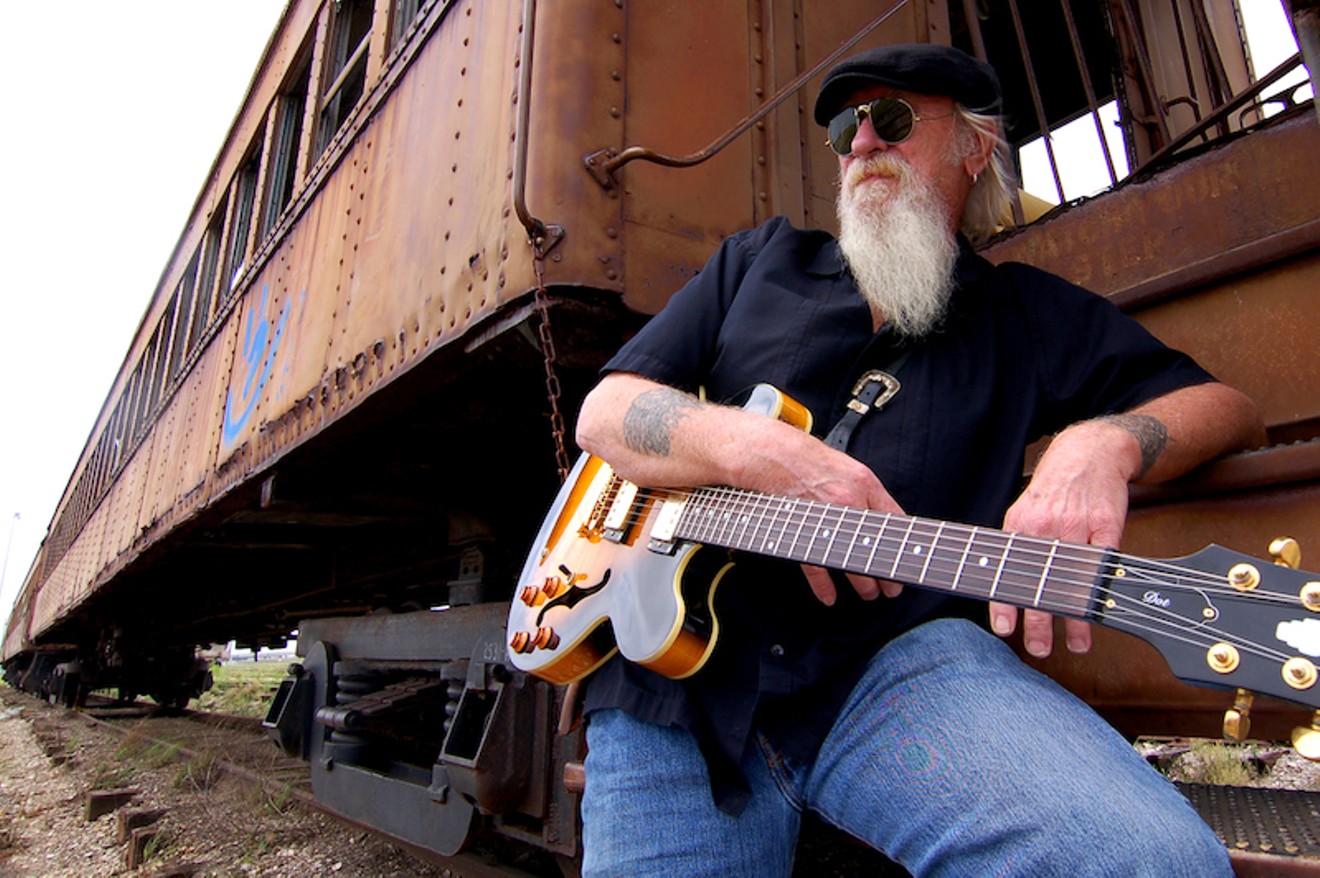 Bert Wills releases new album, Bert Wills on the newly formed Mort Records. Photo By Zach Tate
In October of 2019 Texas blues/country legend Bert Wills teamed up with his old friend and fellow Houston music legend Andy Bradley to record a sold out concert from the Galveston’s ETC Theater on the historic strand.

The evening was filled with stories, music, fans and friends and proved the strength behind an artist playing guitar and singing the truth. The recording from that evening was originally set to be released in its entirety but as the world changed from last year, so did Bradley and Wills’s plans.

“We had two hours worth of material to choose from,” says Bradley. “Bert just kept on going and going until somebody said, ‘Hey we gotta quit.’. We had a full house and it was an amazing concert, it sort of was the seed that got all of this started.”

The two friends, who have worked together for over 30 years, decided to combine a selection of recordings from that memorable evening with new material for their latest release titled Bert Wills, available now online or at Sigs Lagoon. It is the first release on Bradley’s newest project, Mort Records.

The two artists crossed paths many years ago when Bradley was the chief sound engineer at Houston’s SugarHill Recording Studios, the oldest continuously operating studio in the United States which marks its 79th year in operations this year.

Houston’s vibrant musical history would not be complete without mentioning SugarHill Recording Studios and Bradley, along with author and professor Roger Wood, documented the studio’s famous, and sometimes infamous, past in their book House Of Hits.

Wills was recording in SugarHill Studios while signed to Gold Rhyme Records and made a big impression on Bradley, who made a mental note to keep Wills in his back pocket for studio work. “I realized right off the bat how good a guitar player he was,” says Bradley.

Bradley was blown away not only by Wills' guitar skills but also his ability to play harmonica, a talent on full display in this album as most of the tracks feature Wills solo on guitar and harmonica.

Bert Wills is a testament to the importance and beauty of a talented player telling a good story. Wills guitar and harmonica style are rich without being overdone, much like the production of the album showing the importance of not only the notes being played, but the wisely placed spaces in between, a talent Wills credits Bradley with teaching him in the studio after all these years.

“Over the years Andy taught me a very valuable lesson, when I've done sessions with Andy I'll cut a track and I’ll say to ‘Andy, I over played on that didn’t I?’ and he will go, ‘Try playing half of that.’ and I would play half of that and almost inevitable, we would end up using a quarter,” says Wills.

“One of my bad habits was always over playing and that's from playing in honky tonks where you have to fill up all the spaces, keep the noise going, and cover up the gunfire so you have to make a lot of noise,” says Wills.

In “The Storm” Wills sings the true story of the Great Storm of 1900 which hit Galveston 120 years ago this month and is still the deadliest natural disaster to take place in the United States. The storm claimed the lives of thousands of people on the Island, including ten nuns and 90 children in St. Mary’s Orphan Asylum.

Wills tells the dark tale of St. Mary’s Orphanage with a hard and steady driving beat that doesn’t let up, much like the storm itself.

“That's a very true story and something that really is sad, and that speaks for our society actually, is that for a monument for those ten nuns and 90 children, they built a Walmart where the St. Mary's orphanage was,” says Wills who along with Bradley resides in Galveston.

Though the album is heavy in blues, it is not purely a blues album and Wills’s bluegrass and country influences can be felt throughout. His Kentuckian roots and country music experience are inescapable but all his influences melt together seamlessly.

“I had three records as a kid,” says Wills. “One was Lightnin' Hopkins and another was Mississippi Fred McDowell so I got a real blues influence,” he laughs. “That's all I had to listen to so all that hillbilly stuff got mixed in with blues and then I was a side man for a lot of country artists through the years.”

Wills takes on the country classic, “Long Black Veil” giving it a delta blues twist. “I did it with a bottle neck guitar, which typically would be a Delta Blues instrument. I did a country song the way Son House or Robert Johnson would have done it,” says Wills.

Like many artists, Wills has experienced his fair share of record companies trying to box him into a category based on one single or his look. He has gone from Nashville country to surf rock and throughout the years, Wills admits most record companies didn’t know what to do with him.

“They wanted me to sound like ZZ Top because I had a beard, and that's a quote,” says Wills adding, “Even when I was on other labels in my life, they never could find a category for me in record stores. I was always on an end cap.”

“They wanted me to sound like ZZ Top because I had a beard."

As Bradley and Wills explore their new path in Mort records, they are quickly learning that the old tendency in the music industry to attempt to place all artists into neatly categorized boxes unfortunately still prevails.

With Mort Records, Bradley hopes to provide a platform for artists like Wills and help them get the proper promotion and representation, regardless of checking boxes on a form. Despite his many years in the music industry, this is Bradley’s first time launching his own label and he wants to focus on Texas and Gulf Coast artists.

“I knew a little bit about it could be dangerous just from hearsay, but now we are in it 100 percent,” says Bradley.

Starting a record label at any time is a serious challenge but starting one during a pandemic adds a new set of challenges. Bradley and Wills are aware that most of his fans still like to purchase physical albums and often have them signed, so they are exploring their options to hold a safe and socially distanced event to promote the album.

Not having an audience to bounce new songs off of also comes with its own challenges which Wills admits he felt in the songwriting process for this album, as a majority of the songs were written during the pandemic.

“You don't have access to the live audience where when you're writing material for an album, a lot of times you get to audition this material on a nightly basis,” he says. “When you write a song and play it, what you're doing is standing before man reading a page from your diary and that's pretty humbling.”

“Those songs on that record, there's not a lie, not a false story on my records. My songs actually come from things that are in my life.”
KEEP THE HOUSTON PRESS FREE... Since we started the Houston Press, it has been defined as the free, independent voice of Houston, and we'd like to keep it that way. With local media under siege, it's more important than ever for us to rally support behind funding our local journalism. You can help by participating in our "I Support" program, allowing us to keep offering readers access to our incisive coverage of local news, food and culture with no paywalls.
Make a one-time donation today for as little as $1.