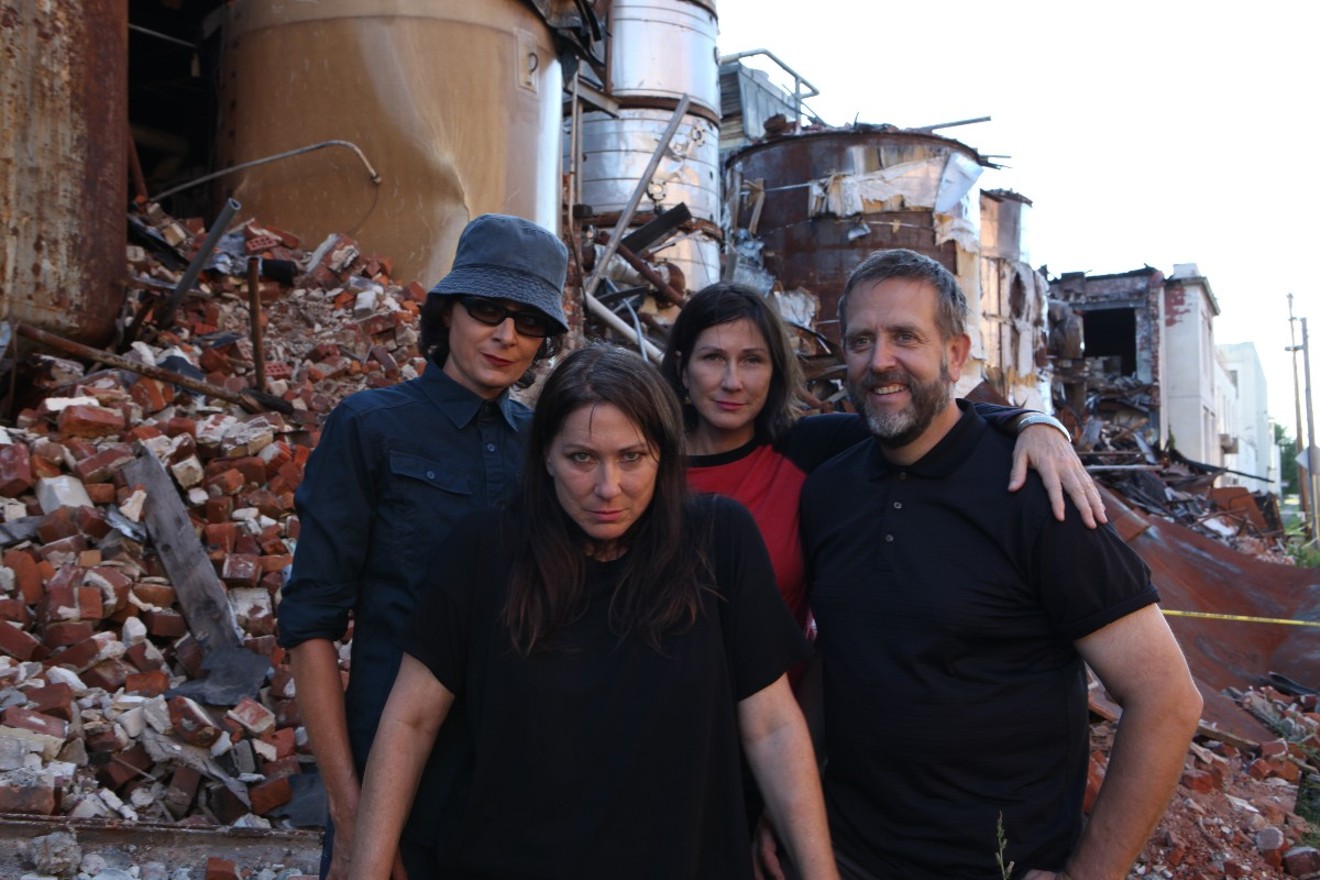 The Breeders will bring "All Nerve" & their catalog to life at House of Blues. Photo by Marissa Gisuadi

When you look at what bands of the '90s are up to nowadays, there aren't a whole bunch you can point to. Music is fast paced today, bands that aren't dropping releases like clockwork can sometimes get lost in the mix. However, if you look at Dayton, Ohio indie rock band The Breeders, you should know that they didn't really go away. In fact, aside from lead singer Kim Deal's responsibilities to the never-ending series of tours that Pixies did, the band had stayed on a pretty steady stream of releases.

With the twentieth anniversary reissue and tour for the band's 1993 release Last Splash, something happened that brought that lineup back from a world of misinterpretations and substances to get together and record the band's latest offering, this year's All Nerve. The result is a mix of the band's depth from Last Splash brewed with the sonic intensity of Title TK creating a sound that's hard not to love. Ahead of the band's first appearance in Houston in what seems like forever, the Houston Press chatted with Kelley Deal about the past, the present, and what we can expect from them on April 23 at House of Blues.


Being in a band with a sibling is definitely a dynamic most wouldn't embrace. Though, when you look at the Deal sisters, they seem to be at their best when they're performing together. After being in and out of a band together over the course of 25 plus years, we wondered if she missed the moments they could have had in the past. "Yeah (laughs), like every other day. If we have any issues it's not that bad, and it's more about me. I've evolved as a person and if I'm upset with her, it's because I'm thinking "why aren't you doing what I want?" Not that people can't be assholes, but any issues I have with her are more about me," responds Deal.

Kelley and Kim have been playing music together for much longer than The Breeders. From their time in a band called Track Five, the duo have been intertwined in each other's lives.

"When we were 16, there was a disco band, you know, with an organ, a drummer, and a guitarist as well as two girls who used to sing with them. They invited us to sing with them in a bar in front of people. It was dark exciting, and legitimate. We sang songs like "Car Wash," songs from The Pointer Sisters, and more," Kelley says.

"The way that band operated told us that if you wanted to be in a band, you either had to sing, smile, and play tambourine, or start your own band. We were interested in music, not entertainment. We've always been interested in music, and it's still that way. Kim and I were in an airport once and Nick Cave came over to us and said, "still treading the boards," and that was so cool cause' he saw us like we saw him, as a musician." "All Nerve" is a return to from for The Breeders.
Artwork courtesy of 4 AD Records

After the song "Cannonball" took off, and the band got bigger and bigger, they eventually headlined Lollapalooza in 1994. That began a string of events that would take the band through hell and back including moments without Kelley, and a new band that didn't include the Last Splash lineup that is back in the band today. Getting back in people's good graces after a fallout is difficult, something we asked if getting that lineup back for the Last Splash anniversary tour was in fact, difficult. "No, it was really easy," explains Kelley. "We (she and her sister) were on my couch and I said, next year Last Splash will be 20 years old. We thought about what we could do and I called Jim (MacPherson) and she called Jo (Josephine Wiggs). Neither can remember why they didn't get along with one another, and they both said yes to getting together," explains Kelley.

After the tour, the band started work on All Nerve, a title that seems like the perfect words for a band that's been through as much as The Breeders have. "The title came from Josephine's girlfriend who suggested it be called All Nerve, to which we all responded, of course it should. I like that it's an open-ended title. Does it mean that you're so touchy, does it mean you're open to the elements, or is it just brazen? We're not a jam band, and the record wasn't written on tour, and I'm not good at writing. The ideas for the songs came from nascent rumblings," explains Kelley.

The new album has upbeat moments like "Nervous Mary," "Wait In The Car," and "Howl At The Summit," whereas there are more somber tracks like "All Nerve" and "Walking With a Killer." Coming from an anniversary tour the album is complex and doesn't have the same feel as what many fans of Last Splash may be familiar with. When we inquired if she though some people might have expected Last Splash part two, she replies, "gee, I don't know. I think that it just occurred and that anyone wasn't expecting any kind of album from us." 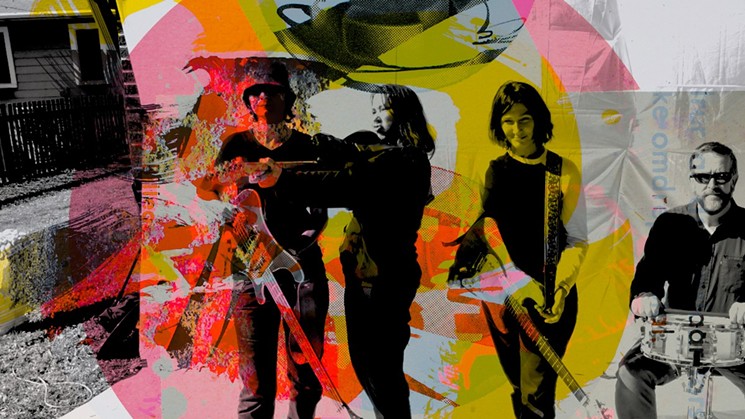 The Breeders should delight all who catch them on April 23.
Photo courtesy of 4 AD Records

The band's tour schedule is also as ambitious as the album, with four months out and about. After such a tumultuous past, we were curious how everyone was getting along now that everyone is clear headed. (Laughs) "I like that, "clear headed." Yes, I'm feeling my own overwhelming feelings, but not about anyone in the band. Our parents are elderly now, and I worry about them. Jim is an angel and Jo is great, and me and Kim are just me and Kim," replies Kelley.

The tour will eventually make its way to Houston on April 23. "We're doing a lot of new stuff," Kelley says. "I know that turns people off, but as a band we're excited about the new songs. Because the new stuff is more vocal based, Jim and I are putting a set together, no "Iris" on this tour. It's funny, the drummer and guitarist are making a set list for a singer so she can sing every night. Jo will say "oh well" in an English accent, and Jim will giggle the whole time at the show."

The Breeders definitely sound much more well rounded than they were more than 20 years ago, and Jim giggling aside, their return to Houston should be welcomed by long time fans. You can stream All Nerve in all of the usual places, or order a copy directly from the band or through 4 AD Records here, or a limited edition here. You can catch The Breeders live and in person when they grace the large stage at House of Blues on Monday April 23. The all ages show will have a performance from Baltimore's Post Pink as direct support and opener. Doors at 7 p.m.; tickets $25 to $49.50.