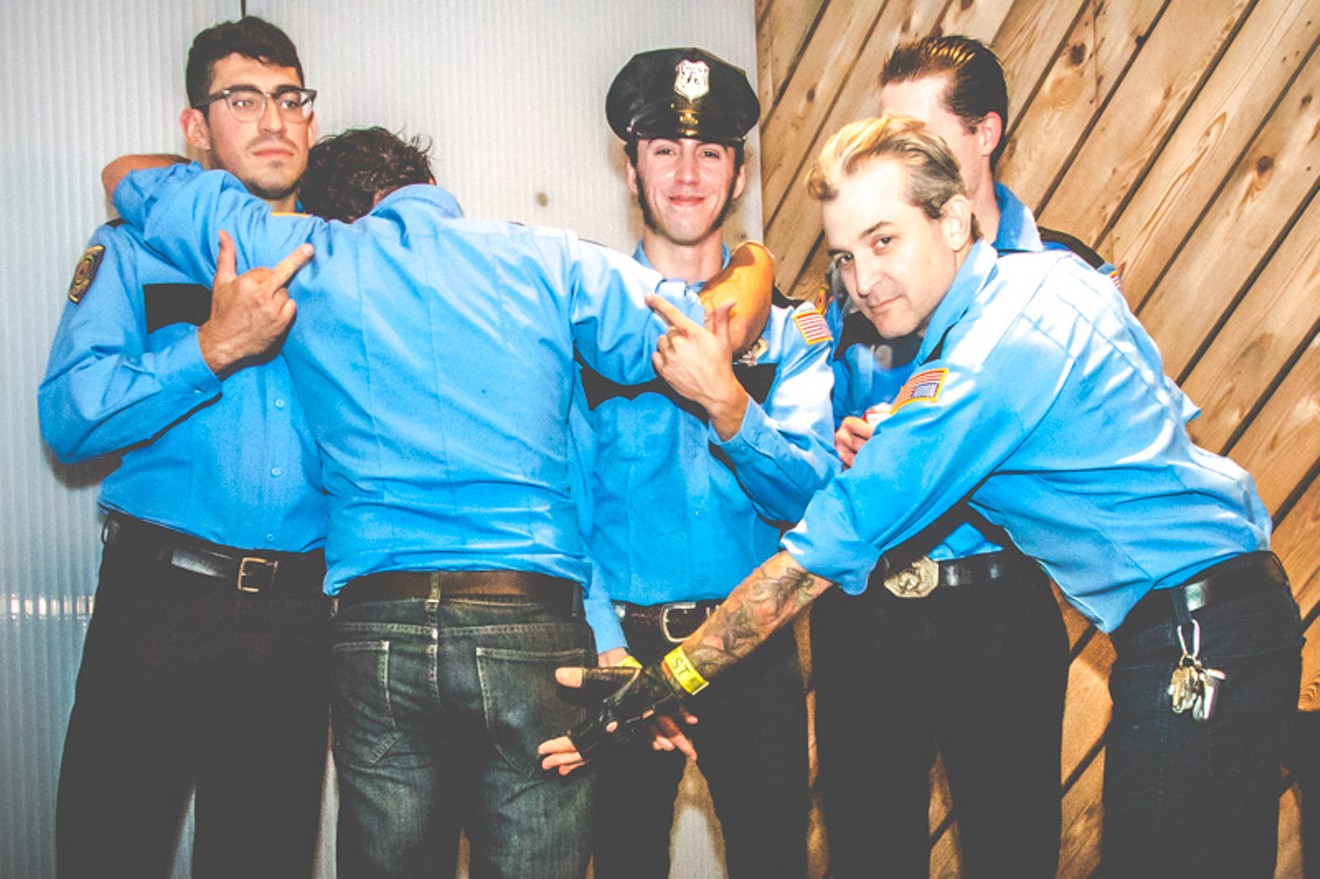 The Cops are ready to pull you over with their arresting punk sound. Photo by Violeta Alverez

Typically speaking, anytime you catch a band playing in some sort of stylized garb or matching outfits, you should figure that the gimmick will outweigh the music. There have been exceptions to that rule in bands like Rocket From The Crypt, but few have been is solidly done as Houston's The Cops. While they aren't the first band to do so, nor are they the first to don police uniforms, they are the most engaging to do any of it. On their new single "Hot Pursuit," found exclusively here, the five piece proves that dressing like officers and playing up the shtick of "cops off duty" on stage can pay off in some solid punk rock.


Clocking in a bit over the two minute mark, "Hot Pursuit" shows how solid this band can be. The songs, primarily written in tongue in cheek fashion from the officer's point of view, the cheeky nature of the lyrics and content overall just add to the charm of it all. The medium paced track is a leaner version of the band that recorded singles about two years ago, and offers another glimpse into what their debut album First Offense will ultimately sound like. The end result is a sound that should echo just as strong in a live setting as it does on the recording from Stephen Finley of Digital Warehouse.

You can stream the song in the link here or on the group's Bandcamp. First Offense will be available on all platforms from Houston's Artificial Head Records on February 16, and you can hear the album in person when The Cops perform on that Friday night at Insomnia Gallery. The all ages show will feature a support set from Daggerhead as well. Doors at 9 p.m.; Free.