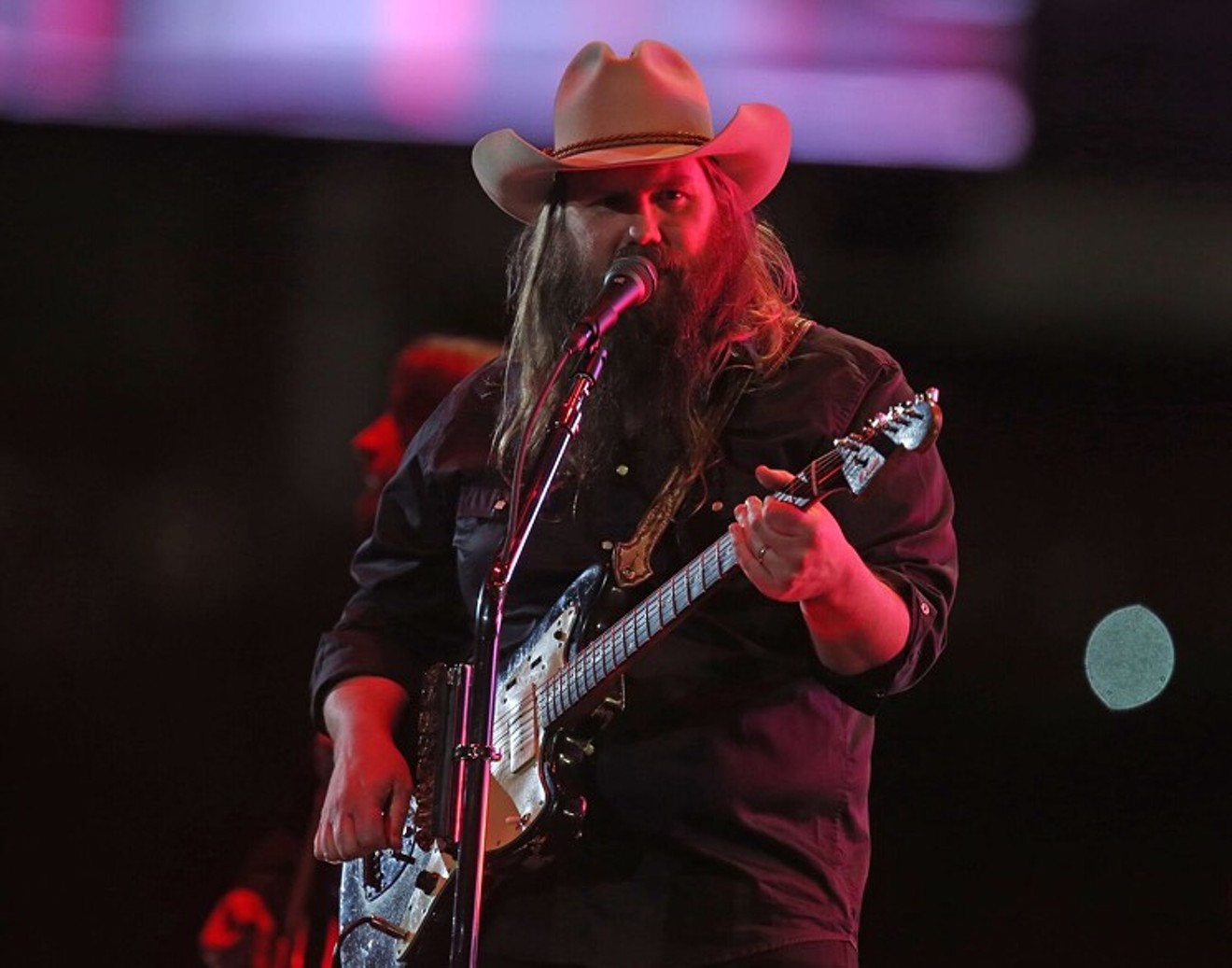 Chris Stapleton opens for The Eagles on Friday, June 15 at Minute Maid Park. Photo courtesy of the Houston Livestock Show & Rodeo
As it pertains to the current state of pop music, plenty of artists have commercial impact. Consider the likes of Taylor Swift, Drake and Luke Bryan, each of whom reigns atop their respective genres. Plenty others have cred. Think folks like Sturgill Simpson and Logic.

A select few have both. Beyoncé. Adele. Lorde. These artists not only have critical feedback on their side, they have the Platinum albums on the wall to accompany it. Chris Stapleton is very much one of these artists.

Not only is Stapleton arguably the most popular figure in modern-day country music, he ranks among the most respected. He has released three full-length albums in the past three years. Two have won Album of the Year at Academy of Country Music Awards, and a third – last year’s From A Room: Volume 2 – could very well earn that distinction next year.

Point being, it’s good to be in the Chris Stapleton business, something other artists have certainly taken notice of in recent years. For instance, Stapleton will serve as the opening act for The Eagles when the legendary rock outfit takes the state at Minute Maid Park on Friday night.

This certainly makes sense. The Eagles – even without the late, great Glenn Frey in the fold – are easily among this year’s most hotly-anticipated tours, something that is reflected both by exorbitant ticket prices and what will undoubtedly be record revenue when the tour draws to a close. For a tour such as this, no anonymous opening act will do.

Enter an artist the likes of Stapleton, one who is not only capable of headlining his own tour, but one who has done just that since bursting onto the scene with his 2016 debut, Traveller. Hell, the dude headlined one of the more in-demand RodeoHouston sets of 2018!

Other artists have certainly taken notice as well, and this is not a recent trend. Before exploding as an entertainer, Stapleton was quite successful as a singer-songwriter and worked with everyone from Adele to Luke Bryan to Justin Timberlake to Sheryl Crow to Peter Frampton. But things truly changed once Traveller made him a household name.

Consider his history in Houston alone. In addition to RodeoHouston gig and the aforementioned spot opening for one of the most iconic rock bands of all time, Stapleton opened for Guns n’ Roses when the band (somehow!) pulled it all together for a tour that played (and filled NRG Stadium) in the summer of 2016. That same summer, he co-headlined a tour alongside Hank Williams, Jr. that visited Cynthia Woods Mitchell Pavilion in The Woodlands.

Now, it may not seem much of a stretch for Stapleton to open for a country icon like Hank, but this isn’t entirely true. Simply put, Hank Williams, Jr. fans are notoriously rowdy and selective as it pertains to who plays alongside their beloved Hank, and it’s hard to imagine them welcoming the likes of Luke Bryan or Cole Swindell (both of whom I like, for the record) on a co-headlining tour.

Therein lies the inherent appeal of one Chris Stapleton. He is both accessible and credible. Like Bryan, he makes tunes that are catchy as hell and are a perfect fit for present-day country radio. And, like Simpson or Jason Isbell, he has a certain outlaw quality that endears him to folks that prefer their country a bit more, shall we saw, uncut. But, he manages to blend that credibility with the ability to sell out arenas and support acts that sell out stadiums. In short, he’s a country artist for those who may not dig country but those who simply appreciate good music.

I’ve spoken with numerous folks in recent days who are attending the Eagles show. Most purchased their tickets to see a legendary rock band play the hits, but each also singled out Stapleton as a suitable reason to fork over hundreds of dollars for one of the hottest tickets in town.

Some will say that if you’re everything, you’re really nothing at all. As Chris Stapleton has and continues to prove – with regard to true music fans – that couldn’t be further from the truth.

The Eagles (with Chris Stapleton) are scheduled for 7 p.m. on Friday, June 15 at Minute Maid Park, 501 Crawford. For information, call 713-259-8000 or visit ticketmaster.com. Secondhand tickets are available online beginning at approximately $125 and running well in excess of $1,000.
KEEP THE HOUSTON PRESS FREE... Since we started the Houston Press, it has been defined as the free, independent voice of Houston, and we'd like to keep it that way. With local media under siege, it's more important than ever for us to rally support behind funding our local journalism. You can help by participating in our "I Support" program, allowing us to keep offering readers access to our incisive coverage of local news, food and culture with no paywalls.
Make a one-time donation today for as little as $1.