This week in the club we'll see new tunes from Buxton, Mike Stinson, Grand Old Grizzly, Pecos Hank and The Daphne Blue. While we appreciate you listening to these tracks and subscribing to the playlist, we ask that you check these acts out at their shows and purchase their music in their respective artist shops so we can keep the good tunes coming.

No band in Houston has changed as much as Buxton, as evidenced by their latest single "This Place Reminds Me of You." On this slow and whimsical track, Sergio Trevino's signature vocals dance above a serenading sound. You can purchase Buxton's music from most record stores, or you can pre-order their upcoming album Stay Out Late directly from New West Records.

Mike Stinson mixes country structure and Texas twang. While his last release "The Jukebox In Your Heart" was a tour de force, the poppy and snappy song "I Will Love To Drink Another Day" seems to embody his music best. You can purchase Stinson's music from most web store fronts, or directly from his website. 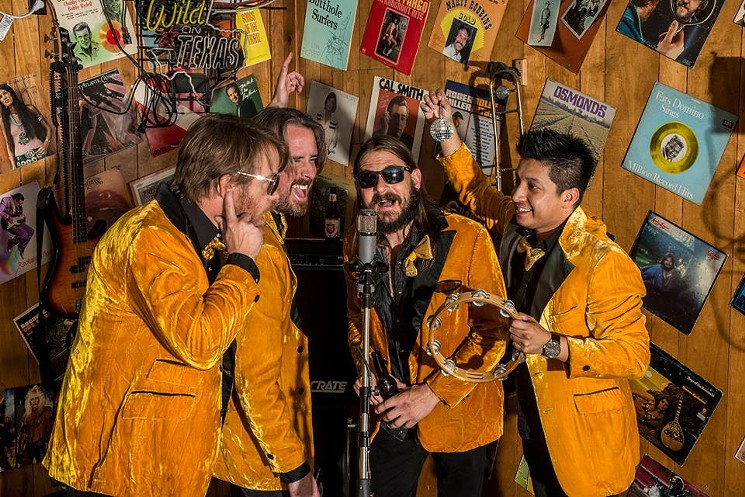 Houston's Grand Old Grizzly, the four piece has always found a way to stand out without sounding off beat. Their latest single "Rescind All My Amends" has the band incorporating pop notations into their folk-infused country sound. You can purchase their music from most local record shops or directly from their website.

How can you top being a storm chaser? That's what you wonder when you find out about Pecos Hank. The troubadour never seems to let up on a well lived life, and his music embodies some of the oddities he's seen on his travels. His album El Reno Blues sounds like it was recorded in a French museum with various travelers in tow, and it might be one of the most intriguing records you'll hear. On the track "How Did You Get to Be so Mean," he displays some old school rock n' roll swagger. You can purchase his music from most digital outlets or from his website. 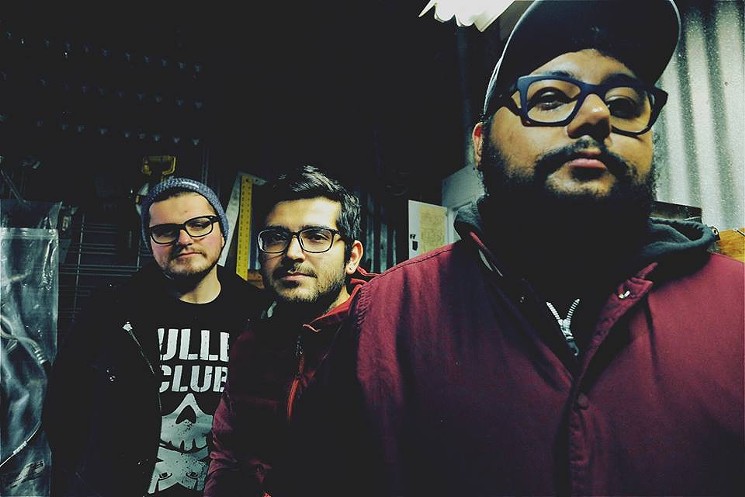 The Daphne Blue make rock like you've never heard.
Photo by Lisa Ramirez
There was a time when thick riffs and traditional fuzz boxes went hand in hand without getting called anything other than alternative rock. Houston trio The Daphne Blue embodies that era, and on their latest single "Overthink," they bring it back in full force. The song reminds you of acts like Dinosaur Jr. and Hum. You can purchase the band's music from most digital store fronts when their debut gets released, or directly from them on Bandcamp.

That's it for this week in the club. Remember to check these artists out and to purchase their music if you're a fan. This week's selections begin with song number 121.