"Black Out Tuesday": The Music Industry Stands With George Floyd And Houston Will March 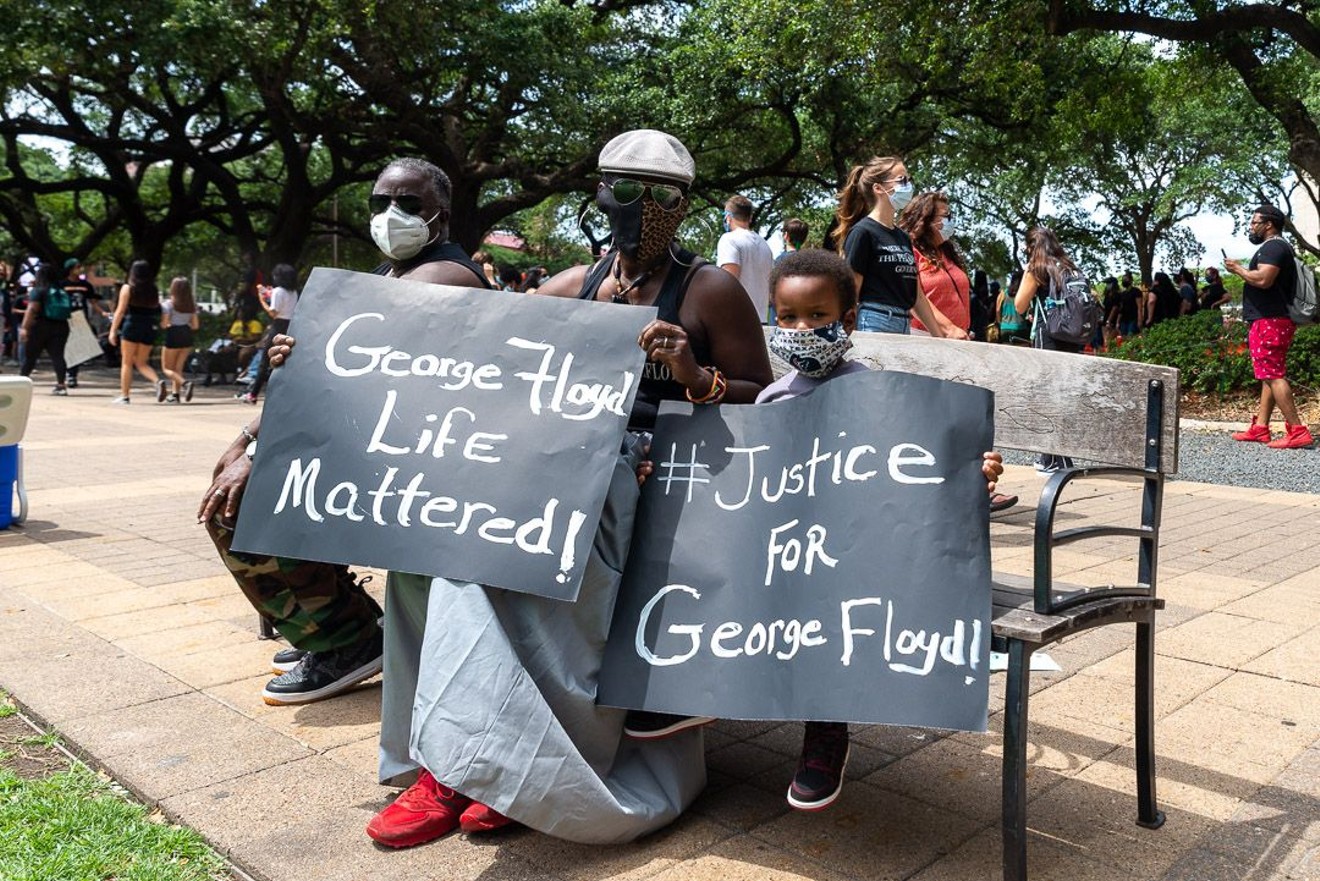 Music Industry is taking time out on Tuesday, June 2, for Black Out Tuesday following this past weekend's march protesting the killing of George Floyd by police. Photo by Jennifer Lake
The nation is on fire. With the brutal killing of George Floyd, a Houstonian who had relocated to Minneapolis, the issue of racism is once again front and center. Following his tragic death at the hands of police officers, demonstrations and riots have ensued in more than 100 cities worldwide in an effort to bring awareness to and end police brutality, racism and institutionalized racism.

The music industry is stepping up and has launched “Black Out Tuesday” taking place Tuesday, June 2. The message began circulating over the weekend with the intention to take a “day to disconnect from work and reconnect with our community.”

Major music industry names from Sony to Warner have joined their names to the long list of participants in “Black Out Tuesday” using the hashtag #theshowmustbepaused to spread their message and gain support.  Employees and individual artists have also stepped up to take the day educating themselves, helping to create dialogue among others and contributing to legal fees and representation for protesters who were arrested.

It will be a rare day with no new releases, no promos and no live streams for those participating as they agree to spend the day finding ways to work towards unity, a rare instance where silence will be powerful.

As the participants go quiet, it would be impressive to see more white artists join in the movement and use their voice, not only to join “Black Out Tuesday” but also to speak to their fan bases about what is going on in the world and where they stand in the struggle against racism.

To say that the music industry, like so many others, owes everything to black artists would be an understatement. Where would rock and roll be without all of the great artists of color who created its sound? There would be no blues without African Americans, and the list goes on.

Floyd himself was raised in Houston’s own Third Ward and was a member of the cities legendary Screwed Up Click, changing the sound of rap music forever with their chopped and syrupy sound.

It will be interesting to see what the music industry does with this day to reconnect but here in Houston there is already a plan for a march to City Hall led by Floyd’s family starting at 3 pm at Discovery Green Tuesday.

Houston rappers Trae Tha Truth and Bun B, who both traveled to Minneapolis to support protesters there, have been using their platform to spread word of the march and encourage everyone to come out, be peaceful and push fear aside.

For individuals who wish to educate themselves, add to the dialogue or contribute to a cause they can turn to Color Of Change, Black Visions Collective, Black Lives Matter and the George Floyd Memorial Fund.
KEEP THE HOUSTON PRESS FREE... Since we started the Houston Press, it has been defined as the free, independent voice of Houston, and we'd like to keep it that way. With local media under siege, it's more important than ever for us to rally support behind funding our local journalism. You can help by participating in our "I Support" program, allowing us to keep offering readers access to our incisive coverage of local news, food and culture with no paywalls.
Make a one-time donation today for as little as $1.