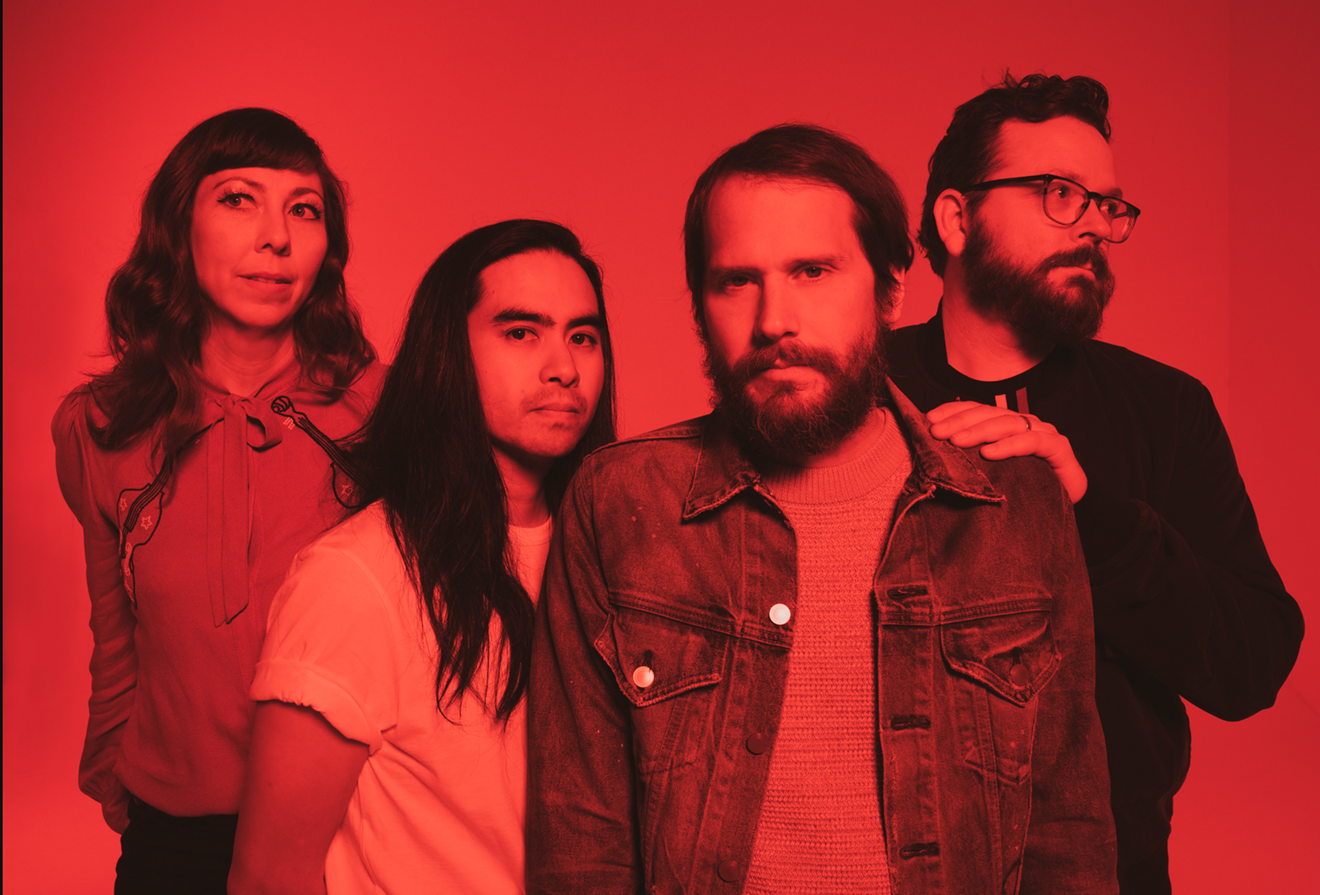 Sonically, the record picked up where 2015's Better Nature left off; lyrically, it gave listeners a deeper look into some of the group's most personal struggles, notably vocalist Brian Aubert's decision to get sober.

"It's kind of like peeling off dead skin," bassist Nikki Monninger says of the album's themes and overall feel. "It's like you've mourned but you're exhilarated from the experience."

Working with renowned producer Butch Vig - who has produced for the likes of Nirvana and The Smashing Pumpkins - the recording of Widow's Weeds was split into two parts. After recording the first four tracks, the band took a break from recording. Before they returned to the studio to complete the record, Aubert got sober.

"I think it just put his priorities in place," Monninger says of Aubert's decision. "He came back with a renewed excitement to create music. He made the most out of it, and he grew a lot through the experience, and obviously that's going to translate into the album's lyrics."

Despite the shift in Aubert's personal life, Monninger and the rest of the band felt that the songs had a cohesive feel to them.

"It's interesting to see what we recorded before and after, but I think it all goes together seamlessly," she says. "I'm really proud of him. It's like a new Brian."

Recording Widow's Weeds was an especially pleasant experience for Monninger, who credits Vig's production and ability to get the most out of each member of the band.

"It was an amazing experience," she says. "It was so nice to work with him. He just made everything seem so easy. He brings a calmness to things, which allows you to open up more. He made us feel so at ease, and that pushed us to explore new things. He loves spontaneity and just seeing if things work, and I love that. He was willing to try anything."

That willingness to experiment is on full display in the album's lead single, "It Doesn't Matter Why," which showcases a driving, repetitive bass line that Monninger is particularly proud of.

Nikki Monninger performing at Riptide Music Festival in November
Photo by Carina Mask
After 20 years of making music together, much has changed for Silversun Pickups, but in some ways the band still feels - and sounds - just like it did two decades ago.

"Brian and I have kids now, so we're juggling kids and life," Monninger says of her life these days. "We've all grown up together. We've grown as people, and I see it in our music. It all weaves together. At the core of it, I think we sound the same. For me, it all ties together, and our albums are like looking through photo albums to me. As soon as I hear certain songs from certain albums, it takes me back to 20 years ago."

"I love the imagery in 'Rusted Wheel,' because it brings me back to when Brian and I were roommates for seven years, and it just paints a picture of that time together," she says. "Also, 'Growing Old Is Getting Old' is one of my favorite songs, and I enjoy playing that bass line in particular."

Silversun Pickups last performed in the Greater Houston Area in 2017 when they opened for Third Eye Blind at the Cynthia Woods Mitchell Pavilion. Their upcoming show will see them playing newer cuts but also plenty of hits for longtime fans.

"We play five or six songs off the new album," Monninger says. "We're going to try to switch it up a little, because haven't played all of (the new songs) live so far... but we want to play all of our catalog stuff too, and it's hard picking out things that place nicely with each other. It takes a little while to figure out what works best and what makes for the best show.

"It's important to switch it up, because we know people come to multiple shows," she says. "And as a fan of seeing bands multiple times, I've always appreciated when they switched things up, just to keep things fun."

Silversun Pickups and Eliza & The Delusionals are scheduled to perform at 7 p.m. (doors open) on February 18 at House of Blues 1204 Caroline. For more information, visit livenation.com, $29.50-$149.
KEEP THE HOUSTON PRESS FREE... Since we started the Houston Press, it has been defined as the free, independent voice of Houston, and we'd like to keep it that way. With local media under siege, it's more important than ever for us to rally support behind funding our local journalism. You can help by participating in our "I Support" program, allowing us to keep offering readers access to our incisive coverage of local news, food and culture with no paywalls.
Make a one-time donation today for as little as $1.