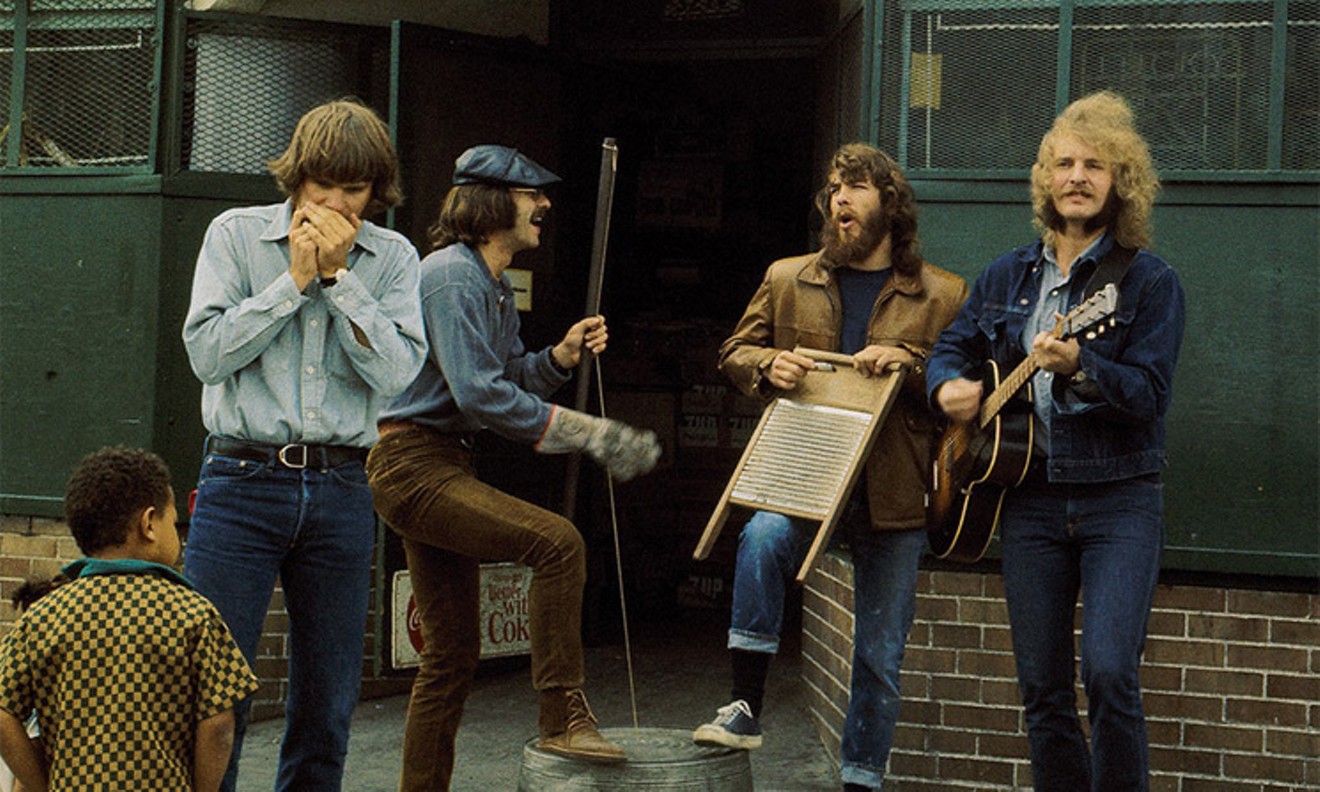 The band on the cover of their "Willie and the Poor Boys" LP: John Fogerty, Stu Cook, Doug Clifford and Tom Fogerty. Record cover detail
For a Classic Rock band with so many recognizable hits—songs that have endured and are still popular 50 years after they broke up—the shelf of Creedence Clearwater Revival books is surprisingly sparse. 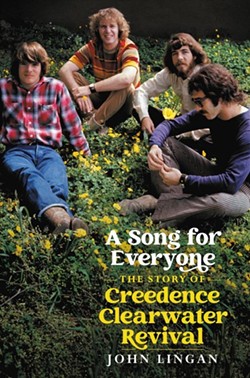 Book cover
There was the band authorized 1971 quickie paperback Inside Creedence, 1990 oral history Up Around the Bend, Hank Bordowitz’s Bad Moon Rising from 2007, and singer/lead guitarist John Fogerty’s own 2015 memoir Fortunate Son.

Now comes John Lingan’s A Song for Everyone: The Story of Creedence Clearwater Revival (384 pp., Hachette, $32). And while the inside cover flap calls it “the definitive biography”—which it’s not—it still does a great service for fans hungry to know more about the band that in 1969 released three albums. And actually outsold the Beatles in the United States.

Lingan details the young lives and series of early groups for the lineup of John Fogerty, brother Tom Fogerty (rhythm guitar), Doug Clifford (drums) and Stu Cook (bass) who hailed from El Cerrito, California. By the time the quartet had ditched the un-P.C. name the Golliwogs (look it up) and became Creedence Clearwater Revival, younger brother John was firmly in control of the group.

Though the band practiced long and hard as a unit in the rehearsal placed dubbed “The Factory” (the non-smoking Clifford likened it to trying to escape the other three’s incessant nicotine habits), there was no doubt who was really in control. John Fogerty wrote the songs, sang them, played the lead instrument, and called all the shots in the recording studio and on stage.

Reluctant to let anything out of his sight, he even acted as the band’s manager and booking agent. Though that didn’t stop him (and the band) from signing away the rights to those songs to their label, Fantasy Records, and owner Saul Zaentz, leading to decades of lawsuits. Zaentz would even sue Fogerty for copyright infringement when his '80s solo hit “The Old Man Down the Road” sounded to his ears too close to CCR’s own “Run Through the Jungle.”

Lingan writes much of how Clifford, Cook, and Tom Fogerty would silently stew about this non-democratic division of labor, but like Robbie Robertson and Ray Davies’ roles in the Band and the Kinks, who could argue with the massive success?
CCR’s hits just kept coming and coming from John Fogerty's pen: “Born on the Bayou,” “Bad Moon Rising,” “Proud Mary,” “Down on the Corner,” “Lodi,” “Green River,” “Travelin’ Band,” “Lookin’ Out My Back Door,” “Up Around the Bend,” “Have You Ever Seen the Rain,” "Willie and the Poor Boys," "Sweet Hitch-Hiker," “Who’ll Stop the Rain” and covers of “Suzie Q” and “I Heard it Through the Grapevine.”

The band’s swampy, rural, and raw-but-catchy music also became a favorite of U.S. soldiers halfway across the world fighting in Vietnam. And especially the songs “Run Through the Jungle,” and “Fortunate Son,” which seemed to speak directly to them.

Of the latter—which Fogerty says the wrote the words for in 20 minutes—Donald Trump didn’t quite get it. He would blare the tune at campaign events, despite Fogerty’s cease and desist order, oblivious to the fact that someone exactly like him was the sharp target of Fogerty’s words.
Creedence Clearwater Revival was also something of an anomaly. An unabashed popular singles band in an era of Album Rock, they also dressed and acted unpretentiously, eschewed drugs, and were out-of-step with the hippies and psychedelic rockers of their adopted hometown San Francisco.

Lingan even tells how the Grateful Dead, constantly trying to dose the band with high-powered LSD, finally got Clifford just before a concert. Tripping heavily, it forced him to bite the insides of his cheeks throughout the performance just to stay balanced.
The CCR locomotive came to the end of the tracks by late 1972. Now a trio (Tom Fogerty had already left the band) and coming off a more democratically-balanced album that bombed (Mardi Gras), they quietly called it quits. But bad blood, lawsuits, and tension continued to flow.

According to Lingan, when Tom Fogerty lay dying, neither his brother nor Cook would visit him. And in one of the most famous stories on the history of the Rock and Roll Hall of Fame, when CCR was inducted in 1993, Fogerty refused to play at the ceremony with Cook or Clifford at all.

So, the rhythm section got to watch from their seats as their leader tore through the songs they played on with an all-star backing band. They were inducted by none other than Bruce Springsteen who in a joking aside paid tribute to John Fogerty’s unceasing love for and wearing of flannel shirts. Long before they became the signature uniform of Seattle grunge bands.
Lingan notes that he had extensive interviews with Clifford and Cook for the book, so the viewpoint and anecdotes are a bit more skewed toward theirs. Fogerty did not respond to multiple requests from Lingan to talk but is represented in archival interviews and information from his memoir. Tom Fogerty is the least sketched out of the four.

Lingan also does something in the narrative that will likely divide his audience, offering a “cultural history” as a parallel narrative to the band’s biography.

So, while readers’ eyes are dancing along the page absorbing the band’s story, Lingan will abruptly veer off to the side to talk about social, news, and political topics of the time, then-contemporary books and films, and other bands and musicians (including a seeming infatuation with the Velvet Underground). It’s jarring, and not exactly necessary.

Interest in Creedence Clearwater Revival remains high—and there's a new live CD/DVD of a 1970 Royal Albert Hall show coming out soon. So A Song for Everyone will be greatly appreciated by Creedence and Fogerty fans for further insight into the band whose music seems to be everywhere, but whose story has been far less ubiquitous.
KEEP THE HOUSTON PRESS FREE... Since we started the Houston Press, it has been defined as the free, independent voice of Houston, and we'd like to keep it that way. With local media under siege, it's more important than ever for us to rally support behind funding our local journalism. You can help by participating in our "I Support" program, allowing us to keep offering readers access to our incisive coverage of local news, food and culture with no paywalls.
Make a one-time donation today for as little as $1.