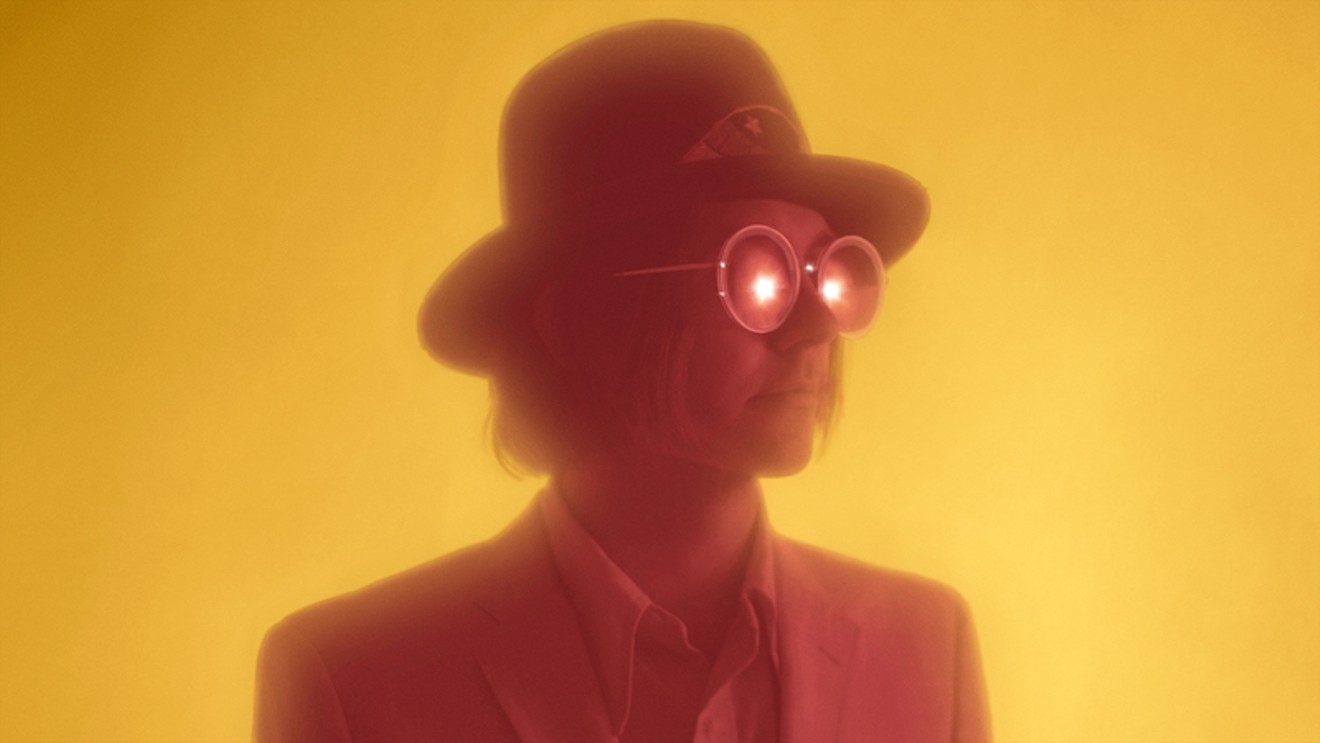 Aaron Lee Tasjan will perform at the Mucky Duck October 18. Photo By Curtis Wayne Millard
Not many artists release an album reworking all the songs from their previous album. It’s a bold move, but Aaron Lee Tasjan has proven he is not afraid of making bold moves. This year he released Karma For Cheap: Reincarnated, exactly one year after releasing Karma For Cheap, both on New West Records.

He will be performing solo at the Mucky Duck October 18 in support of his new album and will bring to the stage the stripped down version of his songs. “I think re-imagined is really a good word for it, because even though I would definitely say that you would be correct in calling in stripped down, it’s also reworking in a lot of ways,” says Tasjan.

Karma For Cheap was a departure for Tasjan from the Americana sound he had been known for on previous albums. Tasjan is no stranger to taking chances and shape shifting his image, disregarding conventional rules of marketing artists to specific genres.

“Sometimes you are sort of standing alone, you’re off in a corner by yourself, and that can be tough. It can be tough to find musical peers when you’re in that kind of world, it can be tough to find your audience. When I think about the people that inspired me to do this it seems to me that’s where they’re coming from, it may have hindered their chances for some kind of breakthrough commercial success or whatever, but I think ultimately it defined them as being unique and having their own things to say.”

Karma For Cheap: Reincarnated reworks more rock and roll songs into softer landing, melodic dreams and drives home the value in giving things a second glance. Tasjan manages to maintain the strength of his songs while toning them down just a little. The reincarnated version of “Heart Slows Down” may musically depart from the Tom Petty-esque original version but the influence can still be heard in Tasjan’s vocals, and it’s no coincidence.

“It’s so funny, that song started out in this whole other place. Tom had passed away and I was thinking a lot about him. I was thinking about what I loved about his music and I loved how oftentimes in songs he would have these really tough, desolate sounding verses and then this beautiful melodic chorus that totally lifted the whole thing up. I guess that makes sense that it sounds like him because I was thinking about him a lot when I wrote it.”

Tasjan added one new song to the album, “My Whole Life Is Over (All Over Again)” and paired it with an equally mesmerizing video. “I think we were just trying to create a bunch of smaller, sort of descriptor type scenarios within the context of the larger idea; in order to get somewhere new something has to come to an end. I think ultimately it’s really a song about letting go and wanting to be able to let go of the fears of not having something, even when the thing that you’re holding onto isn’t necessarily any good for you.”


In the past, Tasjan let go of the security he found as a member of the New York Dolls and Drivin N Cryin to create his own path as a solo artist. “I think I got to a place as a guitar player where I had to be honest with myself.” Though he always maintained his professionalism as a hired gun, he admits there were times when he wasn’t as prepared as he could have been.

“A lot of times, the reason I didn't know the songs as well as I should have is because instead of learning their songs, I was writing my own. At a certain point you have to go, okay let’s get real, if you really want to do this you have to commit and you can’t have one foot out the door all the time. So I think the decision to do that was just really about trying to be more real with myself. ”

Tasjan holds his time with both bands in high regard and appreciates all it taught him. He considers playing with Drivin N Cryin a “full circle moment”, as he had grown up watching their videos on MTV.

“Doing my own thing, I view it as my chance to give something back to what all of those opportunities afforded me, which was the chance to be with some of the best guys that have done it and learn and understand what it truly means to commit yourself to a life in music. I really understood how much you sacrifice when you do that.”

“It is a different kind of appreciation that you have, doing your own thing, because of course there’s no safety net, you fall off the high wire you’re going to hit the ground but sometimes hitting the ground is great."

Aaron Lee Tasjan will perform Friday, October 18 at Cactus Records, 2110 Portsmouth, 5:30 p.m. Free. And with Bonnie Whitmore at McGonigels Mucky Duck, 2425 Norfolk, doors at 9:30 p.m. $20-22.
KEEP THE HOUSTON PRESS FREE... Since we started the Houston Press, it has been defined as the free, independent voice of Houston, and we'd like to keep it that way. With local media under siege, it's more important than ever for us to rally support behind funding our local journalism. You can help by participating in our "I Support" program, allowing us to keep offering readers access to our incisive coverage of local news, food and culture with no paywalls.
Make a one-time donation today for as little as $1.