Queen and Adam Lambert on Their Way to Houston Next Summer 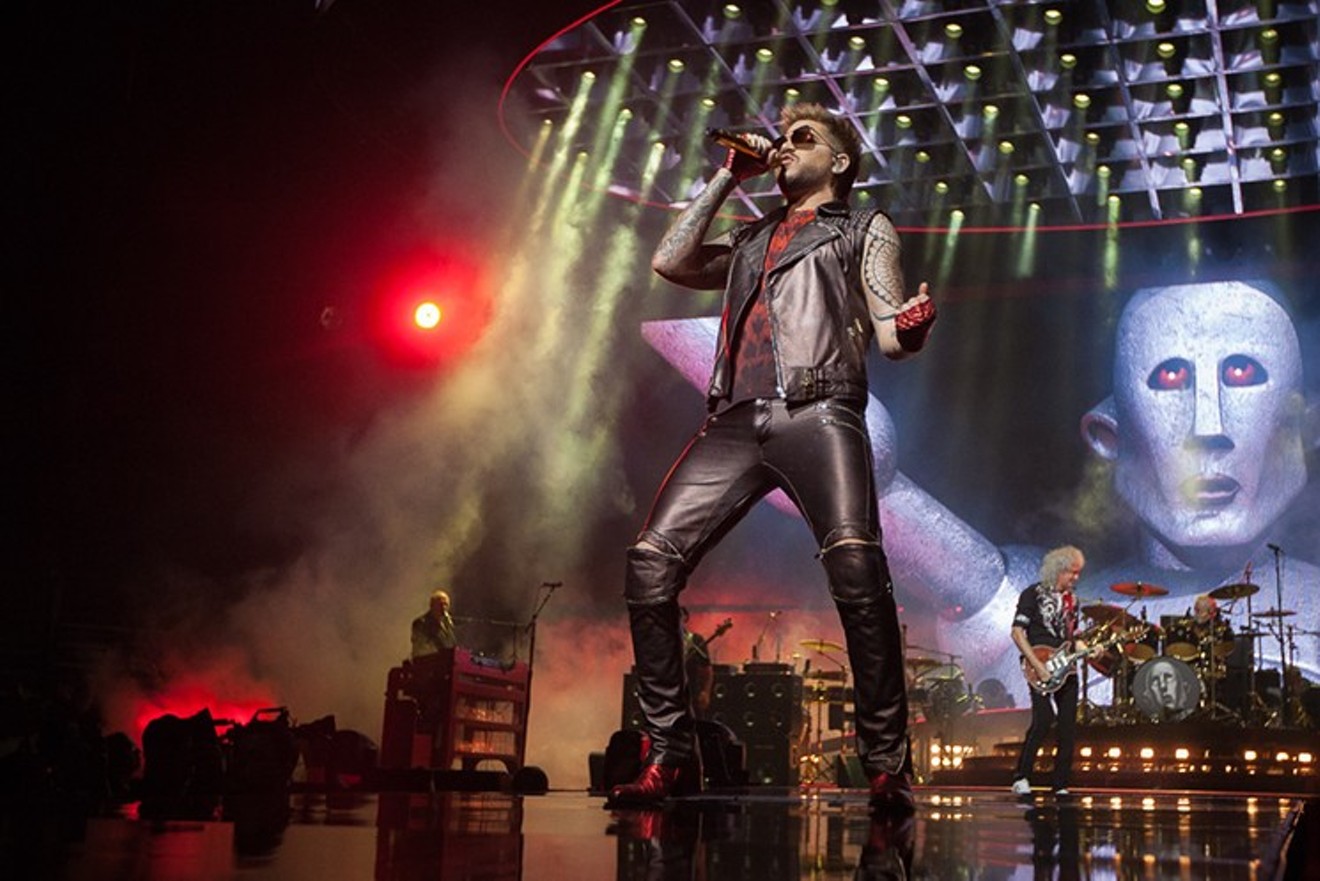 Adam Lambert with Queen in Houston in August 2017. Photo by Eric Sauseda
Good news for fans of Queen: Thanks in part to renewed interest in the group because of the recent movie, Queen will be hitting the road again next summer and Houston is on the list of stops for the Rhapsody Tour. The band will again be joined by singer Adam Lambert and expects to play 23 arena and stadium dates in July and August 2019, including a July 24 show in Houston at Toyota Center. Tickets for the entire tour go on sale Friday, December 7.

The tour moniker is apropos since the band’s profile is soaring thanks to the success of the Queen biopic, Bohemian Rhapsody. Since it released in October, it’s grossed more than $500 million in movie ticket sales worldwide, topping the box office in 35 different countries along the way. The film’s success has translated into renewed music milestones for the group, too. For a week last month, Queen was the most streamed act in the world on Spotify. Not bad for a band that’s about a year shy of its 50th anniversary and one which lost its legendary lead singer, Freddie Mercury, in 1991.

Some movie goers, particularly those who consider themselves rock music historians, have had their quibbles about the film, which features Remi Malek in a remarkable star turn as Mercury. But, its global success speaks volumes about Queen’s music, which is the true star of the show. Some believed the band couldn’t survive the loss of Mercury, who is routinely named one of the greatest singers of the rock era.

In 2009, the band teamed with Adam Lambert on an American Idol episode and the Idol runner-up has made global runs as Queen’s front man since 2014. Together they’ve introduced the music to new fans and satisfied longtime fans of the act, who’ve responded by filling stadiums for them.

The last time they filled a Houston arena was in August 2017, when Queen + Adam Lambert rocked Toyota Center. The band played two dozen songs from the Queen catalog that night, with “We Will Rock You” and “We Are the Champions” book-ending the band’s historic repertoire. According to the press release, the new tour will feature a stage show described as “experimental” and “rule-defying.”

Tickets are available through Live Nation starting Friday, but members of Queen and Adam Lambert fan clubs will be afforded presales from 10 a.m. to 10 p.m. Thursday, December 6.
KEEP THE HOUSTON PRESS FREE... Since we started the Houston Press, it has been defined as the free, independent voice of Houston, and we'd like to keep it that way. With local media under siege, it's more important than ever for us to rally support behind funding our local journalism. You can help by participating in our "I Support" program, allowing us to keep offering readers access to our incisive coverage of local news, food and culture with no paywalls.
Make a one-time donation today for as little as $1.