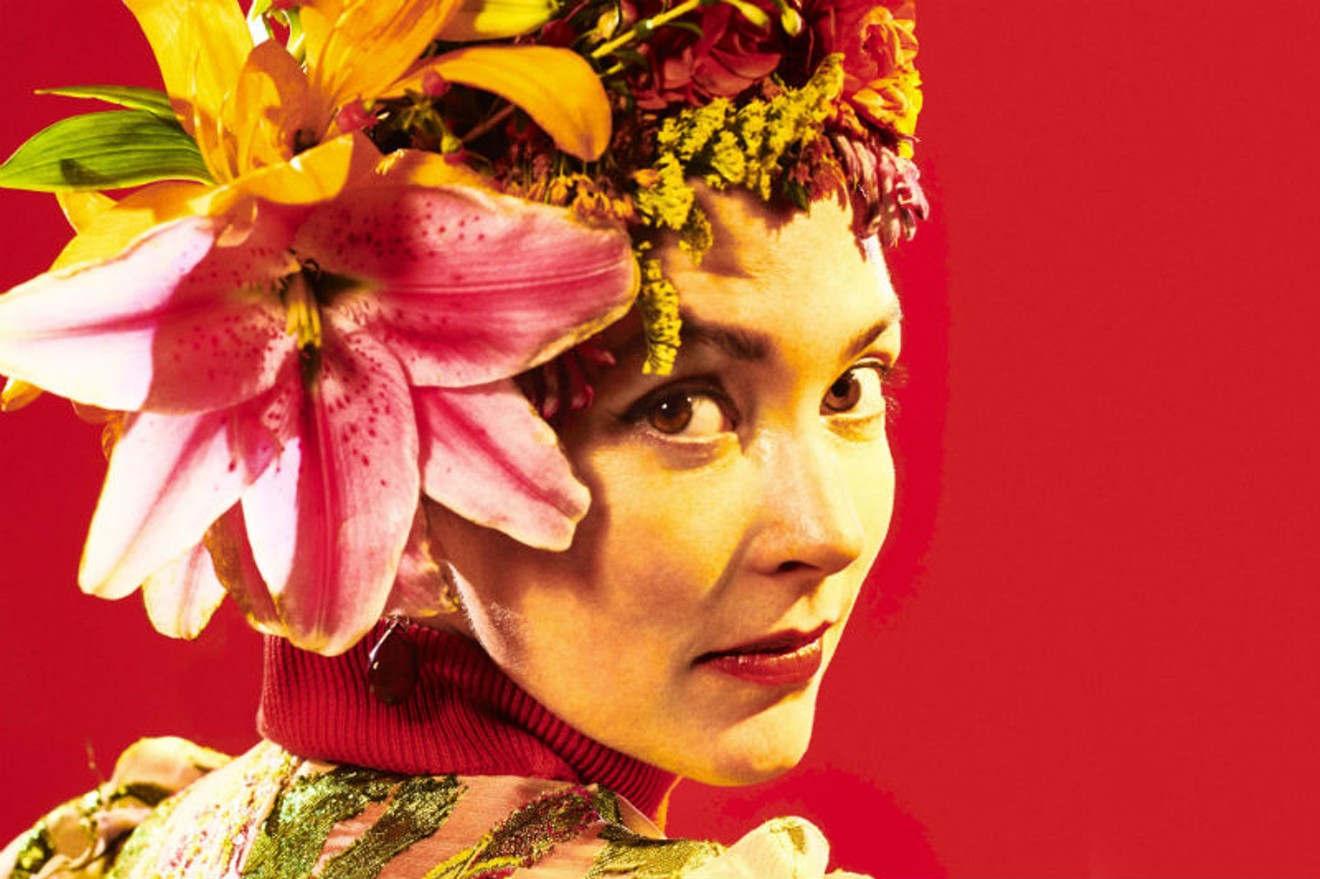 Amanda Shires is a veteran musician who’s comfortable around music legends like Willie Nelson and Billy Joe Shaver, but occasionally can still be taken aback by them. For instance, she interrupted our interview to inform us bluegrass hero Jim Lauderdale was doing tai chi in her driveway.

“You grow up as a Texan and have these heroes and you meet all these people and the next thing you know Jim Lauderdale is doing tai chi in your driveway,” she said with a laugh and a vow to post a photo of this extraordinary moment to her Instagram account. “Sometimes I just sit and wonder how I got here.”

The answer, of course, is from talent and hard work. She’s done loads of the latter over the years, onstage in bands playing fiddle for country music notables like the Texas Playboys and alt-country rockers like Thrift Store Cowboys and The 400 Unit, the band fronted by her husband, Jason Isbell. Every gig gave her a chance to hone her talents as a musician, a singer and a songwriter. The pinnacle of that work, to date, is To The Sunset , last year’s widely-hailed solo album. She’ll play selections from it and her back catalog when she returns to Houston for a January 26 date at Heights Theater.

Shires is a Texan, born and raised in Lubbock, but on the road pursuing a serious music career when most of her teen peers were taking their driving exams and working fast food jobs. She’s been through Houston many times, of course, and said she’s played Continental Club and McGonigel’s Mucky Duck on past solo jaunts.

She said they usually like to hit Uchi for a meal and visit family when they’re here.

“There’s good shopping in Houston, too!” she noted emphatically.

Smart shoppers might consider nabbing Shires’ latest album. To the Sunset has garnered the best reviews of her career as a bandleader. It has the stamp of approval from the sternest critic, the artist herself. Shires believes the collection’s ten songs – including a revisited favorite, “Swimmer,” – are some of the best she’s crafted. Rolling Stone agreed and said, “It’s her boldest, toughest and at times most melancholy release, challenging herself and her audience, to look ahead, not back.” Stereogum’s review of the album pondered, “What if Jason Isbell has been writing so well for the last few years just because he wants to impress Amanda Shires? Because Isbell may be one of the best lyric-writers working today, but he might also be the second-best in his own family.”

The album is arresting. To Sterogum’s point, its strength is in the words Shires gathers for each of the vignettes she depicts. She was a music prodigy, playing violin at 10 and on the road at 14 or 15, but she’s also all this time been fascinated with writing and has kept a journal ever since Billy Joe Shaver encouraged her to pursue a songwriting career. Shires recently earned a Master of Fine Arts in Poetry from Sewanee: The University of the South. She said she has designs on a collected work of poems in the near future.

“I’ve got a little over halfway-to-a-book length on the poems. I’m just trying to let it come naturally and not put deadlines on it and stuff,” she said. “Sometimes I feel like pressure (to create) changes the intention or the tone of when I sit down to try and write poetry. I definitely hope to have something to put out in 2019 or 2020.”

Is there a big difference writing for a song versus something that she believes stands as a poem on its own?

“I like writing in those forms, in poetry, because you are so limited. You just have the page and the words. You don’t have any of the information that you get with songwriting. With songs, you have the sonic landscape and you can sort of set a tone based on keys or chord changes. I like the restraints of it,” she said.

“Sometimes I feel like I’ll be writing a song and I want to expand on something really tiny, like a fraction of a moment, and I feel like I can take that and use it as a starting point of a poem,” she continued. “With a poem you have at your disposal time, because the reader can read a line and read it again and the lens can be smaller, so much smaller. You can have a whole poem about just a piece of grass waving around. But songs, you play the song and you don’t get to say, ‘Hey, wait, sing that line again,’ other than when the three minutes are over. I think there’s some beauty in being able to just sit down and reflect or meditate on words as you read them.

“I think too the way poetry is read, it’s something you usually do kind of by yourself, unless you’re in a poetry club, which I don’t know if those exist,” she said. “Music is a community, fellowship-type experience where the audience and the musicians have this relationship going on in the room together. Lot of difference in the two animals, for sure.”

A proper poetry collection may be in the offing, but in the nearer future she’s been talking with Willie Nelson about a collaboration. And, “I can tell you I’ve been working on a side project lately called The Highwomen,” she said and confirmed it is a modern take on The Highwaymen, the supergroup which brought Johnny Cash, Waylon Jennings, Kris Kristofferson and Willie Nelson together in the 1980s. This project is a collaboration between Shires, Brandi Carlile, Margo Price and some other artists.

“We’re recording in March so we’re in the writing phase now. I’m excited about that.”

Those plans are future works and Shires is trying to live in the moment at the moment. She’s home with Isbell and their toddler daughter when we speak. She’s working on a song with Lauderdale, who is practicing an ancient and graceful form of exercise just feet away. And now, she’s thinking about Texas.

“Texas — there’s no better feeling for me really than going home and just seeing the sky, like you do,” she said.

Amanda Shires, Saturday, January 26 at Heights Theater, 339 W. 19th. Houston’s own Thomas Csorba opens. Doors at 7 p.m. $20 to $85.
KEEP THE HOUSTON PRESS FREE... Since we started the Houston Press, it has been defined as the free, independent voice of Houston, and we'd like to keep it that way. With local media under siege, it's more important than ever for us to rally support behind funding our local journalism. You can help by participating in our "I Support" program, allowing us to keep offering readers access to our incisive coverage of local news, food and culture with no paywalls.
Make a one-time donation today for as little as $1.